How To: Photograph Places of Prayer and Worship

Spiritual venues offer a unique, colorful and often historical setting to shoot in 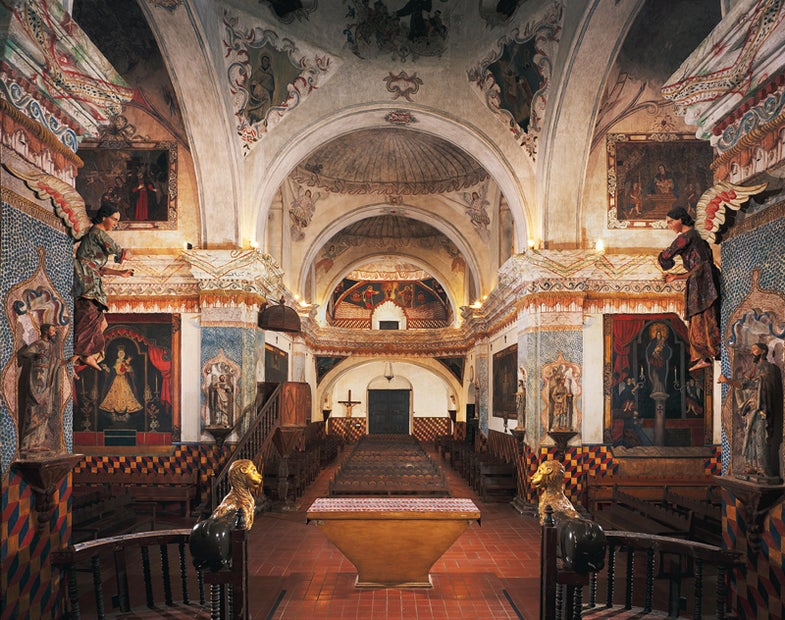 The historic Mission San Xavier del Bac, a Spanish Catholic mission outside of Tucson, was started in 1783, replacing an older mission destroyed by Apache Indians in 1770. Photo from A Gift of Angels by Edward McCain. Edward McCain, Mccainphoto.com
SHARE

I am not the world’s most religious person, but wherever I travel I make an extra effort to visit places of worship. What draws me to them is partly their history and sense of elaborate mystery, but also their sheer photogenic charm. From the adobe mission churches of the Southwest to the sweet white steeples of New England, these spiritual gathering places make a terrific travel subject.

Interiors, like that of Arizona’s historic San Xavier del Bac mission church (above), overflow with detail and color, but are often dark and a total no-flash, and often no-tripod zone. Crank up your ISO and steady the camera on the back of a pew for sharp pictures. I’ve shot ancient icons at ISO 1600. Stained glass is good on bright days —just frame tightly and use matrix metering.

Church exteriors don’t require permission or special access. The downside is that you must contend with cluttered surroundings, ugly power lines, street signs, and more. Work around this by finding an interesting foreground device to hide the muddle (framing a Vermont steeple with a maple limb, for instance) or clean it up later in software.

Shooting tall churches with a wide lens from close in causes a keystoning effect—the building appears to be falling backward. You can solve this with a tilt/shift lens, but a cheaper fix is to move back and use a normal lens (i.e., a 50mm on a full-frame DSLR) from a distance that lets you shoot without tipping your camera upward to capture the whole building. Then crop later. Cathedrals are rife with ornamentation—use a long zoom to capture the wild faces of gargoyles.

Where To Go: A Picture and a Prayer

Start with a Google image search for “churches” or “missions” for the towns you’re visiting, and scan Flickr groups. Here are a handful of great religious venues.