How to choose the best digital camera for you 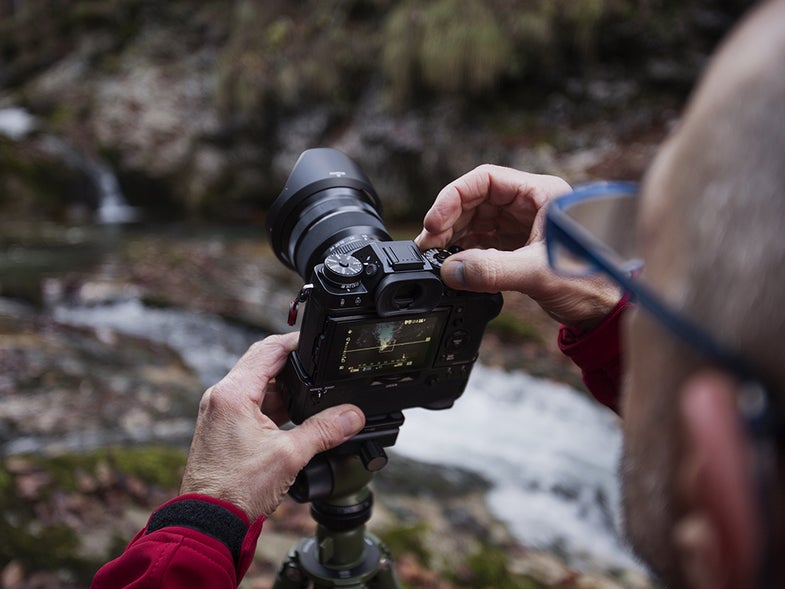 Whatever your photography needs, here's how to find the perfect digital camera for you. Federico Bottos/Unsplash
SHARE

Your smartphone can snap pretty good photos. But it’s not a dedicated photography device, and that shows. Good news: You don’t have to settle for any blurred, dark shots. Explore the host of dedicated digital cameras, and you’ll enter a world of sharp focus, low noise, and optical zoom. Your only problem might be finding a route through all of the different makes and models on sale. That’s where we can help.

In this guide, we’ll outline the different types of digital camera you can choose, how much you should expect to spend, and the sort of specs you need to keep an eye on. In the higher end of the market, you can experiment with removable lenses, and we’ll explain the basics of these too. Here’s what you need to know.

The digital camera market shifts quickly. As a result, no two retailers seem to use the same labels and categories, which shows you what a lack of consensus exists. However, it is possible to split your options into two major categories. Broadly speaking, you’ve got cameras with attached lenses that you can’t swap out and cameras with interchangeable lenses that you can.

Traditionally, basic digital cameras have been known as point-and-shoot cameras, or compact cameras. As smartphone photography has grown more advanced, point-and-shoots have competed by becoming more sophisticated and expensive. Prices for this category range considerably, from less than $100 to $1,000.

Point-and-shoots will take care of the average user’s photography needs. But if you’re gunning more flexibility or maximum image quality across a variety of situations, you’ll need to invest in a DSLR (short for Digital Single-Lens Reflex), or a mirrorless camera. DSLRs use a mirror-and-prism system to show you what you’re shooting through the camera’s viewfinder. Mirrorless cameras often have a similar form factor, but lose the mirror and instead use the camera’s imaging sensor and a viewfinder or the rear LCD screen for composing your shots. Various companies have different names for this type of camera like compact system camera (CSC) or mirrorless interchangeable-lens camera (MILC), but in the end, the category represents any camera that can swap lenses and doesn’t have a mirror inside.

Both DSLRs and mirrorless cameras start around the $300-$400 range, but can go up over $6,000 for a pro-level DSLR and over $4,000 for a high-end mirrorless body, and that’s before you add the lens. These interchangeable-lens cameras typically offer stronger specs and faster operating speeds than their compact, fixed-lens counterparts. The bigger cameras also often have larger image sensors inside, which typically translates to better overall image quality, especially when you’re shooting in low-light.

In recent years, mirrorless cameras have been catching up to DSLRs, which have typically offered the best overall performance. Mirrorless cameras like the Sony’s beastly A9 have spec sheets that surpass its DSLR competition in several areas like megapixel count. Buying a DSLR from one of the big manufacturers like Canon or Nikon, however, does open you up to a much bigger lens market, including a whole host of used gear available at cheaper prices on the secondary market. DSLRs are also typically much better on battery life than mirrorless cameras, too.

Finally, you might see bridge cameras as you shop. As the name suggests, these are basically a bridge between point-and-shoot cameras and the more advanced CSCs and DSLRs. Not everyone uses the term “bridge cameras,” and you may find them merely bundled in with the point-and-shoots. But bridge cameras typically have more powerful features in terms of manual controls and zoom levels, while using only a single fixed lens. They’re a good option for those who want to pay a bit more for a better camera, but don’t want the hassle of swapping lenses. Prices range hugely, from hundreds of dollars to the low thousands.

You’ve probably already got an idea of which category you’d like to dig into, but as with every gadget purchase, picking a camera is a compromise between power and price. If you want to know how good a camera is, looking at its cost is a helpful shortcut. But many buyers won’t need premium-level features—you can still get high-quality snaps if you’d prefer to save yourself some cash.

Whether it’s smartphones or digital cameras, megapixels have long been considered one of the key specs in any photo-taking device. This metric refers to the total number of pixels in a final image file. So, a camera that shoots images that measure 7,360 × 4,912 pixels (like the Nikon D800) would have an effective megapixel count of 36.3. However, megapixels aren’t the only spec that matters. When it comes to higher-end cameras, you’ve got more important details to look out for.

The quality of your photos depends on the size of the sensor inside your camera: A larger sensor can pick up more light, which gives you better shots, whether it’s broad daylight or the middle of the night. A bigger, better sensor also effectively gives you more options in terms of depth of field. If you want that effect where the subject is in focus and the background is wonderfully blurry, a big sensor will help. Of course, with a larger sensor, the price of the camera goes up accordingly. Here’s the terminology to keep in mind: Full-frame sensors are the largest (the sensor is the size of a 35mm piece of film), followed by APS-C, 1.5-inch, and then Micro Four Thirds. You’ll often find 1-inch sensors in high-end compacts. It’s worth nothing that the sensors don’t measure 1-inch in real life, but the designation is based on an archaic standard traced back to video technology.

Zoom levels are pretty simple to understand, even for beginners. Essentially, they let you get closer to the action. This is where digital cameras beat the smartphone competition: Only the very latest cellphones have 2x optical zoom (the genuine, no-loss-of-quality type of zoom), and even a basic point-and-shoot goes way beyond that. That’s because a camera lens has way more physical space to work with.

You might also see ISO range listed with a camera. ISO is a measure of the device’s sensitivity to light. One of the advantages of digital photography in general is that ISO can be adjusted on the fly, something you couldn’t do with film. So when you’re shopping, look for both the ISO range (the different levels you can pick) and the “native” or “base” ISO (the levels you can get without adding noise). While sky high ISO ranges are good marketing tools (some manufacturers push the number into the hundreds of thousands), you should note that the higher you push your ISO, the more digital noise you’ll see in your photos.

If you plan to shoot many different types of photo—from night-time party shots to portraits to landscapes—you may need to buy some extra lenses. Whether you’re looking at a fixed lens or interchangeable lens camera, you’ll see some technical terms in the lens specs. The f-number is how wide the lens aperture can open to allow light in—the wider the better. It gets a little tricky because a lower f-number actually indicates a wider aperture. So, a lens with a maximum aperture of f/1.4 will let in more light than a lens that can only open to f/2. Lenses that don’t zoom typically open wider than those that do, so you have to consider which is more important when buying a new lens. The f-number of your lens also has a huge effect on the amount of depth of field you get in a photo. The more wide open you shoot, the less depth of field you have and the more background blur you’ll see. This is why portrait photographers typically use a very fast lens to isolate their subjects.

The other number you’ll see is focal length. We typically use this number as short hand to indicate the angle of view you’ll get when it’s attached to your camera. This gets a little complicated when you talk about cameras with different sized sensors because that can actually change the effective angle of view. Most entry-level and even mid-level DSLRs ship with a “kit lens” with a focal range of 18-55mm. That’s what’s called a “standard” zoom because it goes from wide angle up to a short telephoto on the long end.

It’s no exaggeration to say we could write an article three times this size and not cover every aspect of digital cameras. But with this information, you should at least have a handle on the basics, which will let you narrow down your selection. Don’t forget to consult professional and user reviews on the web to get a better idea of what a particular camera can do and whether it will suit you best.

We haven’t mentioned video yet, but most higher-end cameras are capable of shooting very decent 4K footage. If you’re going to be recording a lot of clips as well as stills, look out for a camera that can handle video well. Also look for Image Stabilization (IS), which limits camera shake and keeps your shots and video clips looking sharp.

If you really want to progress with your photography skills, then look for models that give you all the manual controls (over ISO, aperture size, and so on) that you’ll need. If you just want the best results from pointing the camera at something and hitting the shutter button, these manual controls aren’t as important. Plenty of cameras hit a sweet spot between quality auto modes and more granular control. Again, it’s something to look out for in reviews.

Here’s another thing to bear in mind: Just because a camera is a few years old doesn’t mean it’s no good. Modern-day digital cameras age much better than smartphones. By going for slightly dated hardware, you can save yourself some cash and still get a perfectly decent device. Look for refurbished or second-hand options to save even more money.

That also means the money you’re spending is an investment, so factor that into your budgeting. Your camera of choice is going to be snapping away for years to come, so it might be worth spending a little extra at the beginning. Remember to add the cost of accessories, like bags and lenses, to the cost of the camera itself.

To get the most of your new camera, you’re going to want to shoot photos in raw mode, which means you’ll also need a more advanced editing software solution. Adobe’s Photoshop Lightroom is the most popular option for its balance of a simple interface and advanced editing tools. Capture One Pro is another excellent option, but it has more of a learning curve and is a bit more expensive. Whichever one you pick will be able to help draw out more detail from a raw file than you could get from a camera that simply spits out JPEGs.

With specs improving and prices dropping all the time, there’s never been a better time to buy a digital camera. Once you start sifting through the different models on sale, you’ll find the specs aren’t quite as confusing as they first appear. Enjoy your camera shopping!