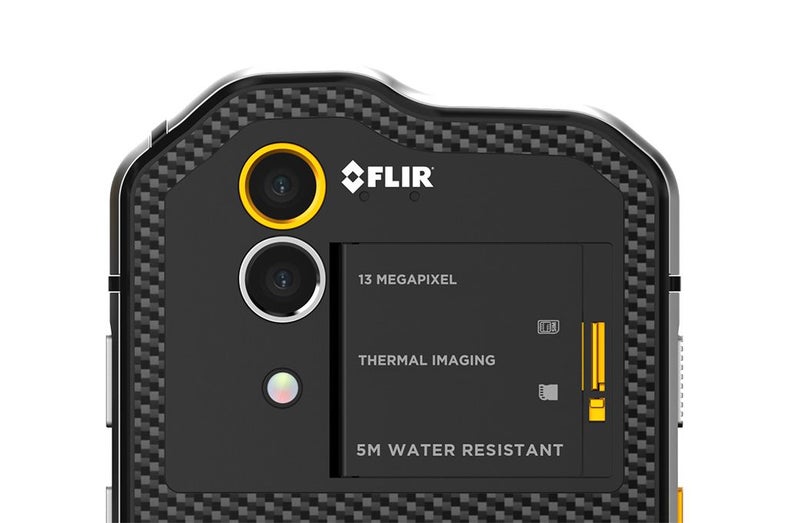 Smartphone cameras have gotten pretty powerful, but none can do what Cat’s new S60 waterproof device can. It has a built-in Flir thermal camera that measures the surface temperature of objects in a scene rather than visible light.

The phone also has a typical 13-megapixel camera, but the thermal camera is the really interesting part about this device. It’s wildly impractical for the average user, but it can be very handy for someone in some professional fields, like firefighting or carpentry. I know there are some drafty corners in my house that could use some thermal examination.

The phone itself is built to be exceptionally tough, using Gorilla Glass, aluminum, and hardened plastic for the body. It’s also water proof to a depth of five meters for up to an hour, so it’s extremely tough in that regard.

The phone runs Android Marshmallow, so it’s a full-on smartphone with access to all the apps you might want. Think about all the thermal Instagram posts you could make. Of course, you could always just buy the much cheaper thermal camera add-on for iPhone.