The latest version of Capture One Pro focuses on image quality 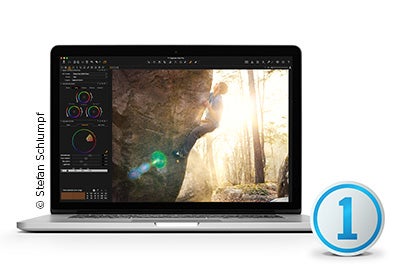 One of the big updates to the photo editing software is a revamped version of the contrast engine. It claims it does a much better job adjusting only the contrast without affecting other aspects of the image like hue, and lightness, which can sometimes get dragged along and create unwanted results.

The keywording system has received a pretty substantial upgrade, allowing you to add keywords individually or in bulk, and even import keywords from other sources.

You now get an extra activation with the license, so it can be used on three computers instead of two. The re-scaling engine has been overhauled so it does a better job reproducing image details and sharpness whether the image is being exported bigger or smaller than the original file. There’s also a new import function that will bring libraries in from other programs like Lightroom if the images are saved in DNG format.

Ultimately, it may not feel like a massive update since the interface and most of the tools will look fairly similar, but I’m always glad to see a company focusing on the functions that are really important.

Capture One Pro 9 is available now. You can try it for 30 days for free, buy a license for $299, subscribe for $15 per month (you have to sign up for a year to get that price), or upgrade from a slightly older version of Capture One Pro for $99.

I downloaded the new version and I’m curious to try it out. I’m still primarily a Lightroom user, but I have found some functions in Capture One Pro that appeal to me, so it has been very interesting comparing the two.