Both of these new lenses weigh just over 6 pounds. 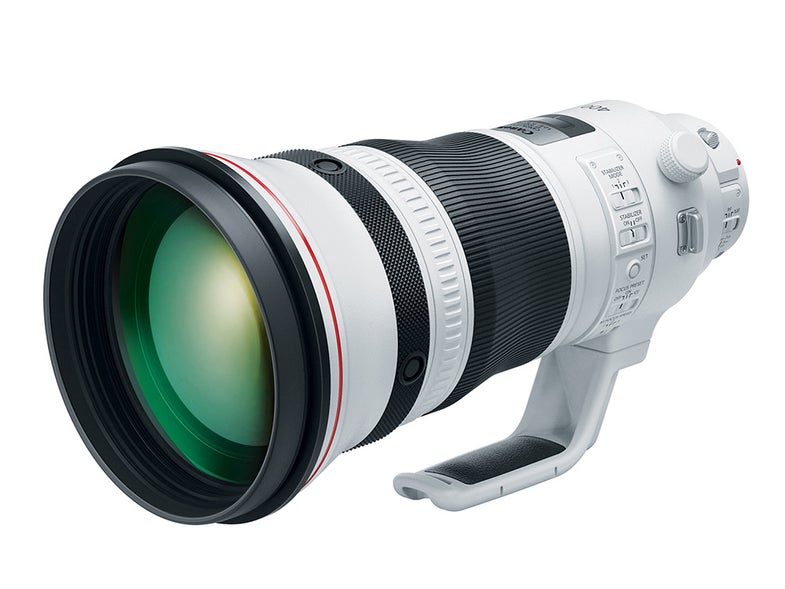 The laws of physics and the nature of light dictate that super-telephoto lenses with big apertures will always be big, heavy, and expensive. They require small tolerances across giant slabs of glass, which makes manufacturing difficult enough without trying to pack lots of performance into smaller bodies. For its latest line of pro-grade, white lenses, however, Canon has shaved some considerable heft off of its new EF 400mm F2.8L IS III USM and EF 600mm F4 IS III USM telephoto lenses.

Here are some other high points from the impressive spec sheets:

These lenses are obviously aimed at high-end sports, news, and wildlife photographers but you’ll also likely be able to rent them from various rental houses if you’re just looking to try them out. Still, you should expect it to cost a few hundred dollars for a couple days.

And while these lenses aren’t exactly small, the sizes and weights have come down considerably since the first versions. Even when you’re shooting on a monopod—which you likely will be with lenses like this—that extra heft can make a difference when you’re shooting all day or trying to run along the sidelines of a sports game.