One of the most expensive rooms at the Rio Olympics 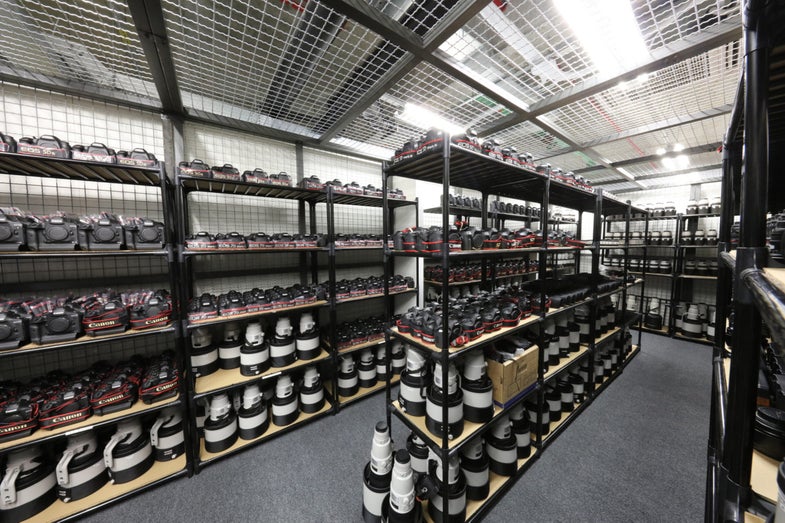 Last week, we shared a picture of the pile of Canon camera gear Getty was bringing to the Olympics in Rio. It was an impressive arsenal, at least it seemed like it until Canon dropped some photos of its official CPS bunker full of an insane camera and lens stockpile.

The press release mentions the major photo agencies Canon will be helping to support while on-site through the Canon Professional Services program, including Getty, Reuters, and the European Pressphoto Agency.