It fits between the M3 and the M5 in the lineup 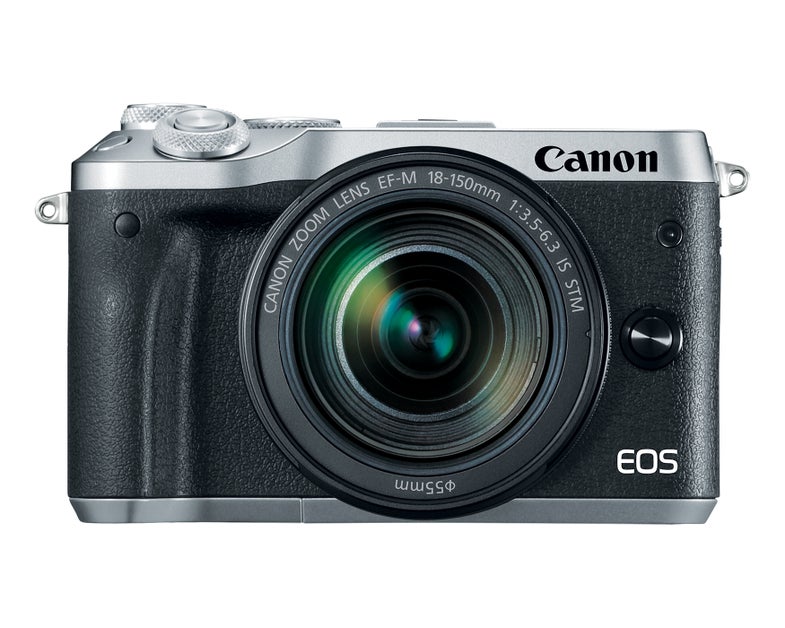 When the Canon M3 mirrorless interchangeable-lens (ILC) camera finally made its way to the U.S., it had already been on sale for months overseas. It was one of Canon’s most powerful ILC options—it came before the M5—but was mysteriously lacking Canon’s excellent Dual Pixel autofocus system. Now, the company has updated the M3 with more robust imaging specs, an upgraded (optional) electronic viewfinder, and the Dual Pixel system for which users have been asking.

Inside the EOS M6 is a 24.2-megapixel APS-C-sized CMOS sensor paired with Canon’s latest DIGIC 7 image processor, all of which should sound familiar from the EOS M5, which, despite the name, actually sits a bit higher in the M lineup. The EOS M6 has an ISO range from 100 to 25,600 and can capture seven frames per second with focus tracking turned on (that number jumps to nine with focus locked). Of course, you’ll also get Wi-Fi, Bluetooth, and NFC connectivity, which are all but compulsory for this kind of camera. Nothing too surprising there.

Perhaps the biggest addition is the aforementioned Dual Pixel AF system, which is also found in the EOS M5. We have been consistently impressed with the Dual Pixel system’s performance since it debuted back in the EOS 70D.

The EOS M6 also now has five-axis in-body image stabilization like the EOS M5, which combines forces with compatible lenses to max out the hand-holding potential.

Unlike the EOS M5, the EOS M6 doesn’t have a built-in EVF, but rather uses an optional module that has gotten some upgrades as well. The EVF-DC2 is smaller and lighter than the model that came before it while offering a resolution of 2.36 million dots.

So, the EOS M5 will keep its crown as the flagship M-series camera, but the EOS M6 does offer most of the same imaging guts for a decidedly lower price if you don’t need the electronic viewfinder. Still, it will be interesting to see where Canon takes its mirrorless camera system next.