There's now a model between the Rebel line and the 80D 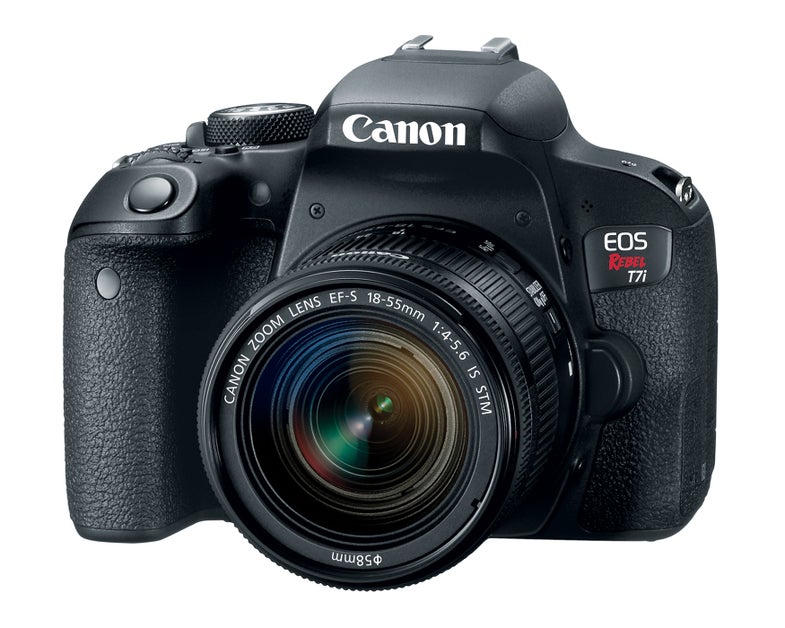 It’s all about the mid-level cameras in today’s Canon product releases. In addition to the mirrorless EOS M6, Canon has also announced the EOS Rebel T7i and 77D DSLRs.

On paper, both cameras share a lot of the same specs. The headline on both cameras is the new 45-point all cross-type autofocus system, which is complemented by Dual Pixel AF baked into the sensor, which should translate into faster focusing performance whether you’re using the viewfinder or the LCD display for Live View.

Both cameras use the familiar 24.2-megapixel APS-C-sized CMOS sensor, as well as the DIGIC 7 processor, giving them an ISO range of 100–25,600. The three-inch vari-angle touch screen, six frames-per-second burst rate, and the standard selection of wireless connectivity options (Bluetooth, Wi-Fi, and NFC) are also common to both cameras.

The Rebel T7i is still aimed squarely at the same market as its predecessors, offering a few more consumer-friendly features like creative filters that can be applied in-camera, as well as a new feature that uses on-screen images to show shooters how changing modes will affect their pictures in real time. It actually sounds like a great learning tool for coaxing people out of the full auto modes.

The EOS 77D is relatively new ground for Canon, bridging the gap between the Rebel cameras and the 80D. It has a more robust metering sensor inside (like the one from the 80D) as well as extra tactile controls that more advanced shooters can use when frequently switching modes.

Last up on the Canon announcement list for today is Wireless Remote Control BR-E1, which can fire a compatible camera from up to 16 feet away, even if there’s no line-of-sight access, which foils infrared systems. It will cost $50.