First announced at Photokina 2010, the new version is smaller and features a DOT scale. 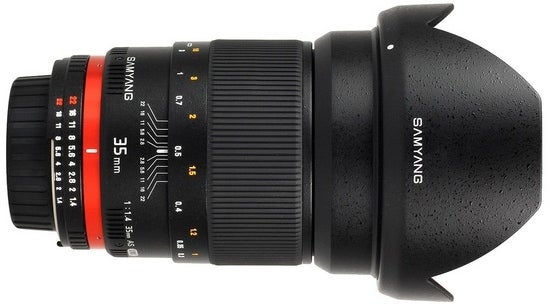 Samyang announced a modified version of its 35mm f/1.4 AS UMC lens—the new version of this manual focus prime is slightly smaller and includes a Depth of Field Scale. It also features a bright red metallic aperture ring.

No exact date has been given for when the Samyang 35mm f/1.4 AS UMC will officially hit shelves, however it seems sometime in late spring is a good bet. The lens will run you about $530.

For more information on the lens and to see sample images taken with it, head to: http://samyang.pl/.