The best new smartphones and gadgets from Mobile World Congress 2019

The best camera is the one in your pocket, and often times that means it's a smartphone. 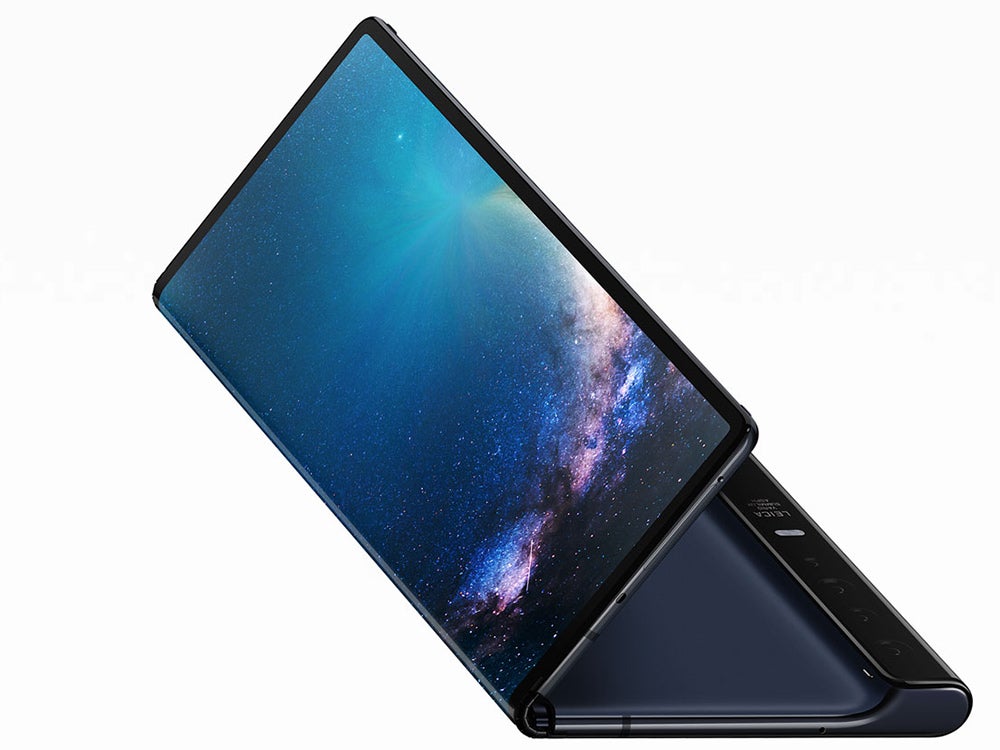 If you follow tech news at all, you’ve probably noticed a bunch of new smartphones debuting over the past few days. That’s because the Mobile World Congress is underway in Barcelona and the manufacturers are vying for your attention. The news is a lot to take in, so here’s a simple look at the new stuff that you actually need to know about from MWC 2019.

Samsung kicked things off with its folding phone

Last week marked the announcement of a whole gaggle of Samsung gadgets just before MWC got started. The most practical announcement was the Galaxy S10 with a nifty fingerprint sensor that’s under the screen itself. The most exciting new device, however, was the Galaxy Fold, which flaps open to reveal a 7.3-inch screen that functions as a tablet.

While Huawei’s phone folds, it’s a lot different than Samsung’s. The Mate X has a 6.6-inch main screen on the front as well as a 6.38-inch display on the back. Flip the device open and it becomes an 8-inch screen with a total resolution of 2,480 x 2,000. It looks like a better experience than the Samsung when it’s closed, but of course, we’ll only know for sure once we’ve used them.

The Mate X will hit the market this summer with a price tag that checks in around $2,600. Yes, that’s a lot, but this one is more appealing to me than the Samsung, at least at this early stage.

Microsoft Hololens 2 is the next generation of augmented reality

The first version of Microsoft’s augmented reality headset, HoloLens, debuted way back in March of 2016. It did an impressive job of overlaying digital objects into the real world, but it had some severe limitations including a complicated calibration process and a field of view that was too small to achieve real immersion. Now, however, Microsoft has a new version of the headset that remedies many of these problems.

Cameras in the hardware measure the device’s distance from the user’s eyes and adjusts the picture accordingly without manual settings. The field of view is both wider and taller, which allows it to make a much more convincing augmented reality experience that extends farther into your peripheral vision. And the displays provide a higher resolution so you can see smaller text and fit more info onto the display itself.

The $3,500 HoloLens is still meant for commercial clients, so don’t expect one of these to help you make dinner any time soon. It will make its way onto the faces of medical or manufacturing professionals, as well as educators and their students.

With that many acronyms, a smartphone has to be good, right? Sony’s new flagship phone is a pile of fancy specs, boasting a Snapdragon 855 processor, 6GB RAM, and 128GB built-in storage. The real draw, however, is the screen. The 6.5-inch screen has a super-wide (or tall, if you’re holding it vertically) aspect ratio with 3,840 x 1664 4K resolution. It also has high-dynamic range (HDR) and Dolby Atmos Audio support, the sum of which make it nicer than your TV at home. To match the screen, the smartphone has three different cameras to shoot different fields of view (wide-angle, normal, and telephoto) to a 12-megapixel sensor. It even has a feature that automatically focuses on a portrait subject’s eye when you take a photo so you don’t accidentally get a blurry person with a sharp background.

On paper, the camera looks like a monster, but we know that specs aren’t everything. There’s no official pricing yet, but it’s slated for spring of this year.

“Optical zoom” is a term that smartphone makers use rather liberally. In the camera world, it typically refers to a lens with pieces that move inside to change the field of view. A wider field of view makes a wide-angle lens, while a narrow field of view is telephoto. Smartphones, however, typically just add several lenses and sensors and switch between them, using digital magic to fill in the gaps. The new 10x optical zoom smartphone camera from Oppo will have three cameras, the widest of which will be just 16mm (about 50 percent wider than a typical iPhone camera) and 160mm, which is even more telephoto than photographers would typically use to shoot a portrait.

Optical zoom has its advantages, like fewer ugly digital artifacts in the frame, but holding a camera still at 160mm isn’t always an easy task, which can lead to motion blur.

Sprint and HTC made a 5G hub

There’s going to be a tricky transition period while 5G rolls out to users, in which smartphones and other devices won’t have the necessary hardware to talk directly with the faster network. That’s where devices like HTC’s 5G Hub come into play. It’s mostly an access point that connects to 5G network and then slings that data out to up to 20 devices. If a phone doesn’t have the necessary 5G equipment inside, the hub can sling data over typical WiFi or the newer, faster WiFi 6. It also has a battery baked in, so it can keep providing a connection even without power.

Oh, three cameras isn’t enough to stuff inside of a smartphone? Well, then, how about five? That’s what Nokia did with the 9 PureView device, which has two color cameras and a trio of black-and-white sensors, all of which fire for every shot. You don’t get five separate levels of zoom or anything like that. Instead, the device snaps five simultaneous shots and then mashes all that image data together to make one really sharp image that’s loaded with detail. The monochrome sensors help with things like contrast and sharpness at object edges. It also helps keep highlights from blowing out and shadows from going pure black (which is called “clipping”). Those extra cameras can also help with capturing things like depth information for faking backgrounds blur.

The initial test images I’ve seen actually look a little too sharp, which is to say that the edges are so defined that the pictures can look harsh. But, surely users will have options for tweaking the look of their photos down the road.

The LG ThinQ G8 has an unusual suite of features

It doesn’t fold, but the LG ThinQ G8 phone is unique in a couple of ways. For one, the screen itself is the speaker like in the totally sealed phones we saw earlier this year. It has gesture controls and a feature that allows you to unlock it by showing the front-facing camera the palm of your hand. But, things get more normal from there on out.

We’ll update this post with more cool gadgets as they arrive.