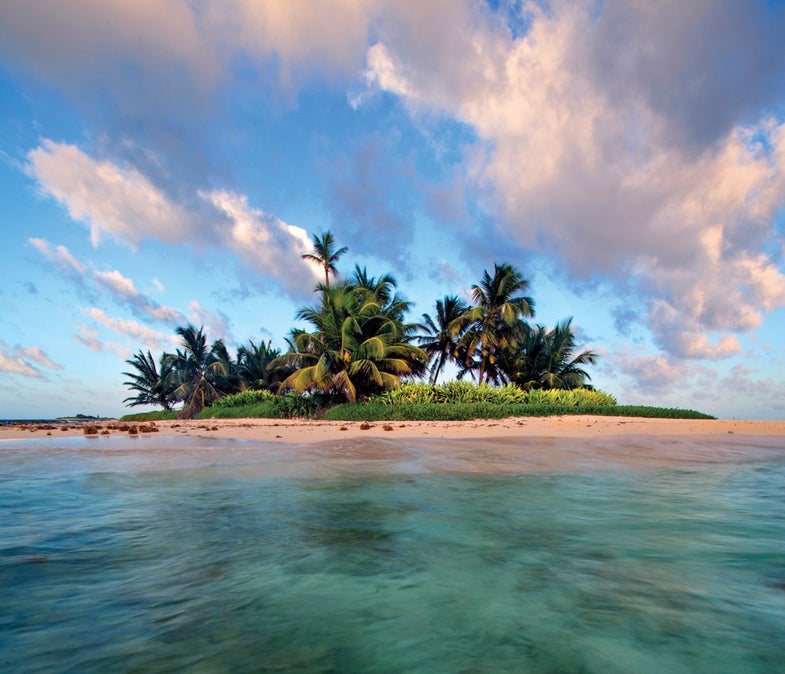 With Mexico to its north and Guatemala to its south, Belize lies on the Caribbean coast of Central America. The potent combination of its warm climate, lush scenery, and compelling wildlife will get your creative juices flowing. Just pack your swimsuit, a waterproof camera, and your sense of adventure for this photo trip of a lifetime. Here’s how.

Highly popular among sun-worshipping tourists, Belize’s glittering sandy beaches are just as perfect for photo enthusiasts. Dangriga, Hopkins, and Placencia are wonderful tourist towns, and all three give you easy access to coastal scenery.

But to really experience the best that Belize has to offer, you will need to find a way out to the offshore barrier reef, the second largest in the world. Here you will find tiny deserted islands bedecked with only a few swaying palm trees. Underwater lies a beautiful reef teeming with life, including whale sharks (which peak in April and May), sea turtles, and plenty of other photogenic species.

Although a few islands have resorts on them, the best way to get to the barrier reef is by signing up for a snorkeling or diving tour, or by chartering a private boat (either can be easily arranged in one of the towns). The most photogenic islands are typically the ones farthest from the mainland, so talk in advance with your charter operator if you want to be on location for sunrise or sunset photography (you can also book an overnight camping excursion). A wide-angle zoom will come in handy for coastal scenery shots, especially for combining incoming waves with colorful sunset skies.

If you plan to do any snorkeling or diving, consider bringing along a waterproof camera or an underwater housing for your DSLR. Quality housings start at around $1,500; renting one is another possibility, although a rental for a two-week photo trip can cost almost as much as buying one. But don’t rule out waterproofing your compact camera; I opted for a Canon PowerShot S100 in a Fisheye FIX underwater housing, which gave me RAW shooting and other options.

While the results with this rig were certainly more than adequate for my occasional underwater forays, nothing beats a DSLR for flexibility and speed of use in underwater work.

Take a Jaunt in the Jungle

Great photo opportunities can also be found in the interior jungle, such as the one near the Monkey River, outside the town of Placencia.

Belize boasts dozens of parks with trails that wind through various jungle environments. Jungles are visually chaotic, making coherent photos difficult, so simplify compositions by zooming in on intimate details such as backlit jungle palms. Or focus on the wildlife, such as the howler monkeys pictured in our photo gallery.

With hundreds of stunning cave com-plexes inside its porous limestone bedrock, Belize is a premier destination for spelunkers. But you don’t need to be a professional caver to explore the best of Belize’s underworld. Plenty of caves are easy to access on your own or on a guided tour.

Perhaps the most stunning example, and the easiest to get to, is Rio Frio Cave in the Mountain Pine Ridge Forest Reserve. This massive cathedral of stone is open at both ends, connected by a quarter mile of gurgling brook cleaving through the inky darkness. Be prepared for exposures of several minutes to capture the faintly lit interior; a sturdy tripod is absolutely necessary to ensure sharp images.

For your own safety, don’t forget to sign in at the military checkpoint near the cave; although rare, bandits from across the nearby Guatemalan border occasionally rob tourists in this area.

After photographing Rio Frio, stop at nearby Rio On Pools for some beautiful waterfall scenery. Other popular cave areas include Barton Creek and Caves Branch, which can be explored by canoe (note that you will have to do all your shooting from the boat), and Actun Tunichil Muknal cave, which is host to a number of Mayan artifacts and burial chambers.

For wildlife viewing, Belize offers much more besides the barrier reef. One of the most popular places is Cockscomb Basin Jaguar Preserve in southern Belize, home to a number of wild cat species, including its namesake. Though Belize is home to five wild cat species, including jaguar, puma, ocelot, margay, and jaguarundi, sightings at the preserve are very rare. But you can expect to see a number of bird species.

If you are looking to stretch your legs, hike up to Tiger Fern Hill for waterfalls and beautiful mountain views of jagged Victoria Peak, the second-highest mountain in Belize. Also consider a trip to the nearby small town of Red Bank to photograph scarlet macaws. Ask anyone in town and they will point you to the caretaker of the macaw preserve; for a small fee you can hike up to a viewing area. Check ahead of time to find out if the macaws are present; they are typically active here only from January through March.

Crooked Tree Wildlife Sanctuary (about 30 miles north of Belize City) is another popular wildlife viewing destination. Every year, migrating birds flock to the sanctuary’s waterways by the thousands. The best months for photography are usually February to May: migrating birds are at their peak, and low dry-season water levels encourage birds into the open to seek food in the park’s shallow lagoons. Belize has the largest nesting population of jabiru storks in all of Central America; in April and May, the birds that nest in the northern and central parts of Belize gather at Crooked Tree in large numbers.

To view and photograph shy species such as the jaguar, consider a visit to the Belize Zoo, about 30 miles west of Belize City. The zoo is populated primarily with orphaned and rescued animals; those unable to return to the wild become permanent residents. The zoo does its best to keep the enclosures natural in appearance, thus enhancing your photographic experience.

For shooting wildlife, bring some long glass. Lenses in the 400mm to 500mm range will help close in on distant birds, and image stabilization is a must when handholding shots in Belize’s dark jungle environments. I found my 100–400mm zoom to be a good compromise between reach and portability.

If you are looking for a short break from nature photography, visit Belize’s ancient Mayan ruins. Excellent sites can be found in Lamanai near Orange Walk (the river tour to Lamanai is also great for photographing wildlife); Caracol near San Ignacio; Xunantunich near the Guatemala border; and Altun Ha, 35 miles north of Belize City.

World famous Tikal is just across the border in Guatemala, and many Belize tours travel there.

Belize’s tropical climate is relatively stable year-round, with little seasonal variation in temperature. The rainy season is from June through November, although you won’t necessarily get constant rain at these times. Early in the year is relatively dry and sunny, a perfect time for your visit (but remember that clouds can add color and dramatic skies in landscapes shot at sunrise and sunset).

Offshore winds can sometimes blow fairly steadily, which might make taking a boat tour to Belize’s islands and barrier reef a bit choppy, if not impossible. Choppy seas also reduce water clarity for underwater photography, so try to plan any snorkeling or diving for calm days.

International flights arrive at Philip S.W. Goldson International Airport, just outside Belize City. You don’t need to get a visa to enter Belize (your passport will do); you will be issued a tourist visa when you arrive. Options for local air travel and rental cars are available at the airport.

The Belize dollar is pegged to the U.S. dollar at a 2-to-1 ratio. Most retailers take U.S. currency, and credit cards are widely accepted. Lodging in major tourist areas ranges from inexpensive-but-clean to luxury, and will be more spartan in remote areas.

Although most of Belize is safe for tourists, the U. S. State Department recommends exercising caution in Belize City, as well as near some border areas. And although vaccinations are not required to enter Belize, you may want to consider consulting with your doctor prior to travel.

The coastal tourist towns can be reached by small plane, but a rental car will be useful if you wish to explore the interior. Most rental companies offer four-wheel-drive high-clearance vehicles as their standard because many of Belize’s roads are not paved and some are exceptionally bumpy. Belize’s bus system is also an option. Or you can join half-day or day-long tours, which originate from most tourist towns and allow you to visit the country’s top attractions.

Belize’s official language is English, although Kriol, Spanish, Garifuna, and various Mayan dialects are the first languages of a majority of Belize’s people. But with the possible exception of people living in remote areas, most Belizeans speak English very well.

Full-time professional nature photographer Ian Plant is the author of a number of e-books and digital-processing video tutorials. See more of his work at ianplant.com. 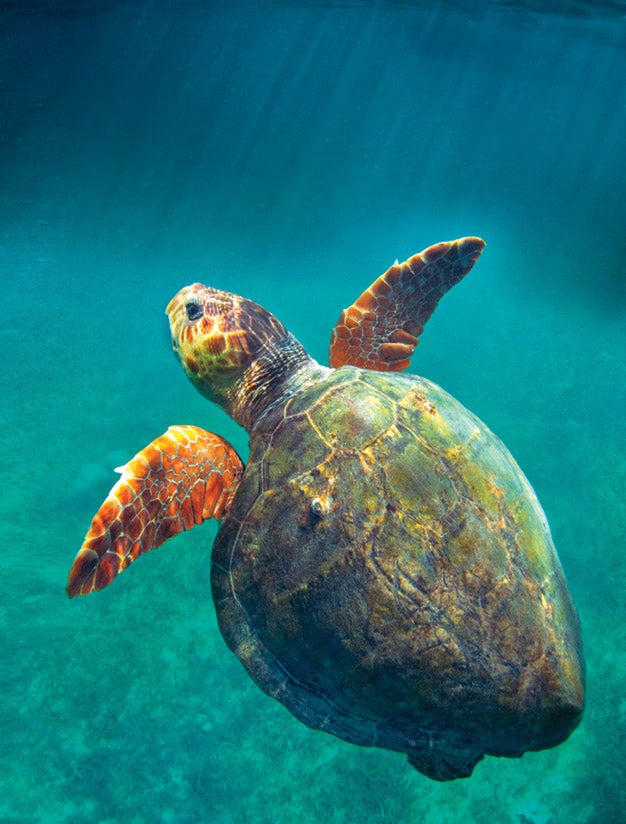 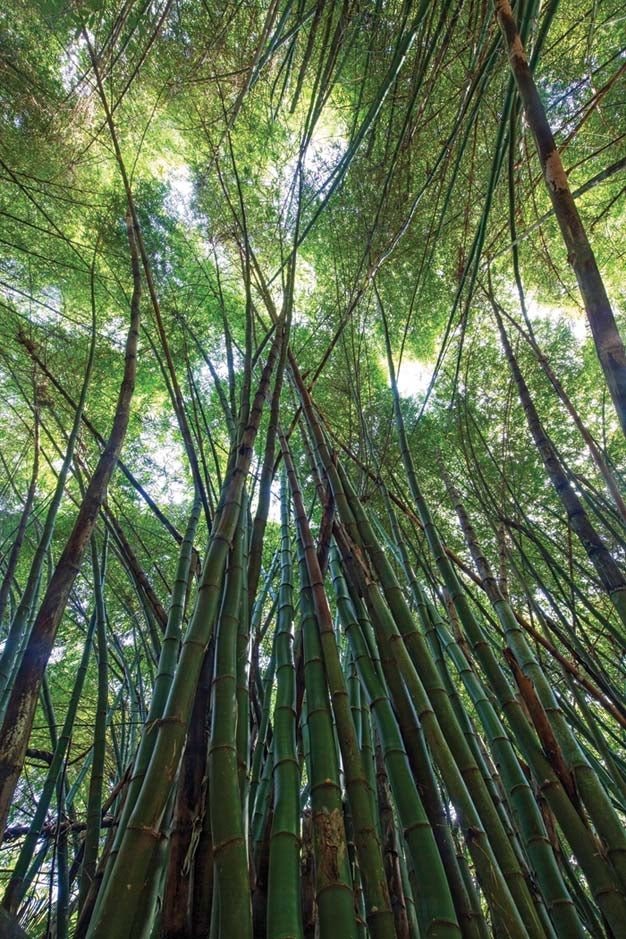 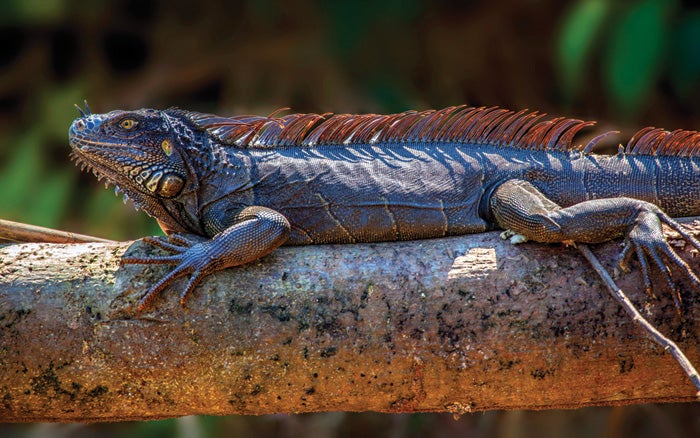 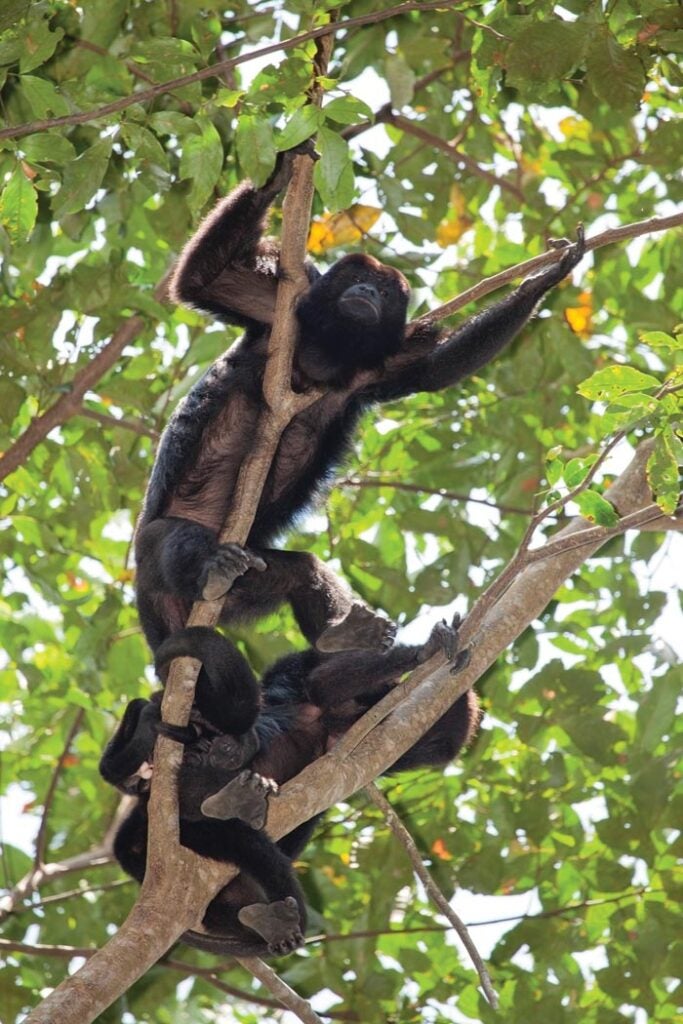 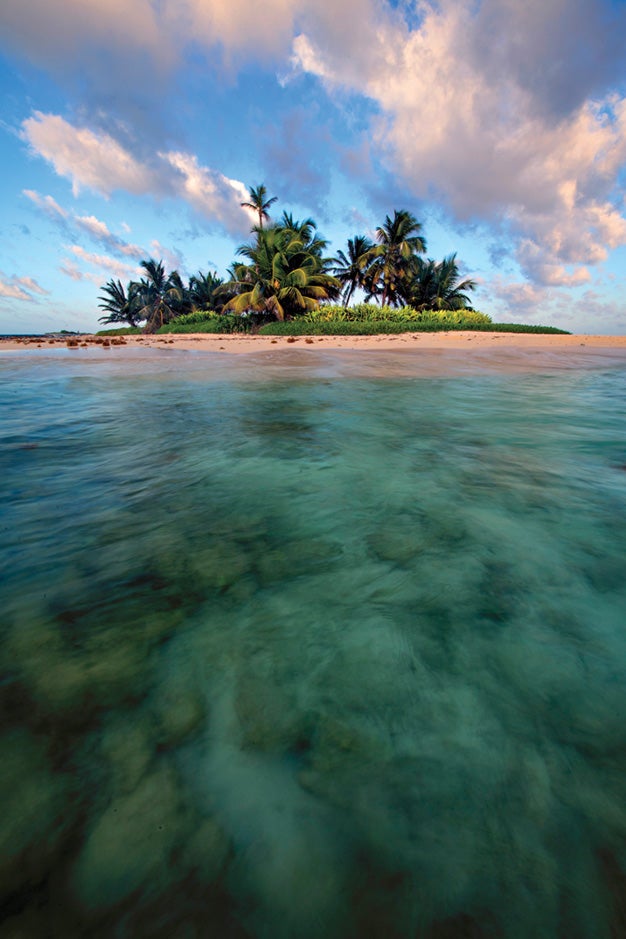 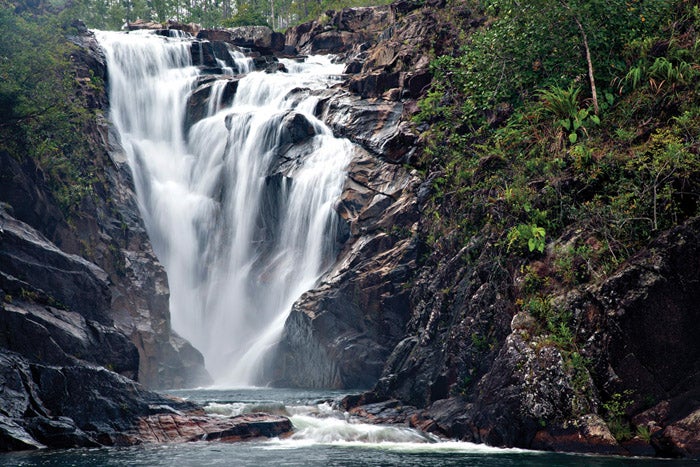 Ian Plant hiked into the reserve after an hour’s drive on a bumpy dirt road. For the blur in the water, he set an exposure of 1/8 sec at f/11, ISO 50, on his 5D Mark II, used with a 24–105mm f/4L Canon EF lens and polarizer.
Photography Tips
Travel Photography
Belize
travel