Behind-the-Scenes: Making Epic Back to the Future Themed Photo Composites 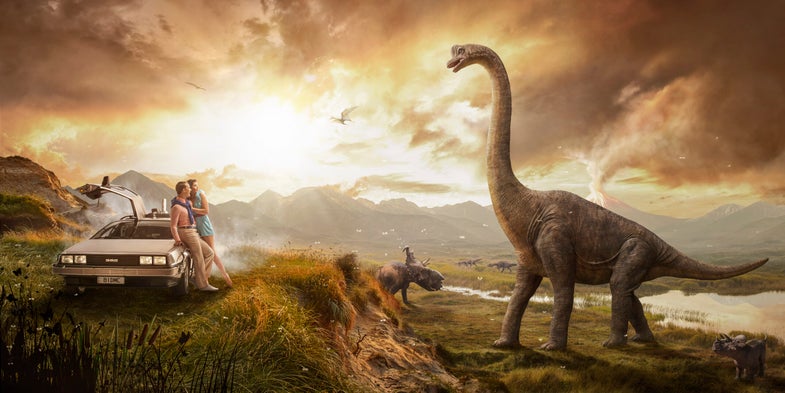 Unless you’ve been hiding from the internet for the past few months, you’re probably aware that the year 2015 has a very special place in the iconic Back to the Future movie franchise. In Back to the Future II, Marty travels to the year 2015 (which, of course, was the future back then), and sets off a chain reaction that changes the past. As a tribute to the movie series, Fullframe Photographics in Australia put together a couple of intense photo composites based around the idea of an ad campaign for a working time machine.

Ultimately, big composites like this aren’t my style. I’m a bit of a traditionalist when it comes to big photography productions, but I can definitely appreciate the amount of work and artistry that went into making these.

I think the most fascinating piece to me is watching how much preparation they did before actually going into the production phase of the project. They carefully observed the material that inspired the shoot and even looked at old advertisements and other media to really get a feel for how things were styled back in the mid-80s when the movie came out. That’s the kind of attention to detail that can make a huge difference in a personal photography project as well.

This kind of thing also makes me wish that I had a huge studio at my disposal on a regular basis. Seeing them roll that car into that giant cyclo had me drooling.