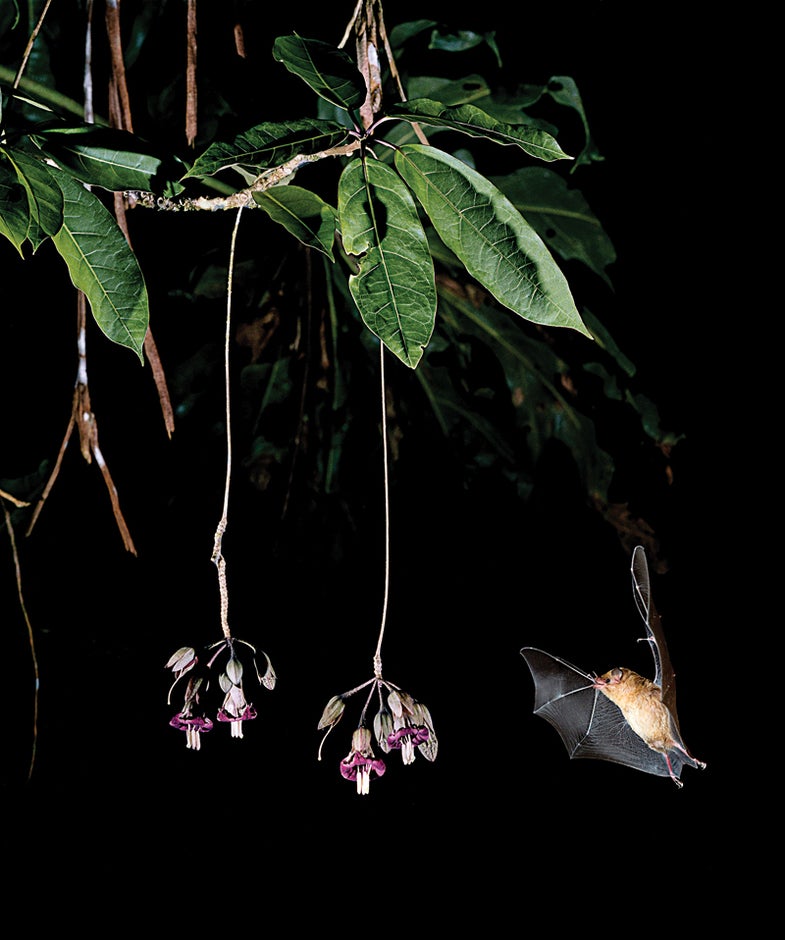 “Nocturnal Visitor” is from a series on nectar-feeding bats and nocturnal flowers that are bat-pollinated. Bats find these flowers with echolocation; the flowers have evolved to be easier to detect acoustically. It’s an alliance.

This photo was made in Costa Rica, in a biological station’s flight tent where bats fly freely after spending some time observing the researchers. Nectar-seeking bats have extraordinary object-recognition skills, and they would search my figure and face in the darkness; because of the way a human nose sticks out, they often come close to see if it’s a flower. I had to “teach” the bats with flight nectar to get them to approach the flower in a certain way to capture them, which I did using three or four flashes set on low power.

We don’t often have the chance to meet with bats. Perhaps these photographs can alter the way we see them.