While You Were Out: Jaime Permuth’s El Sistema

“El Sistema” refers to the Sistema de Orquestas de Guatemala, a nonprofit group that aims to give hope and self-esteem... 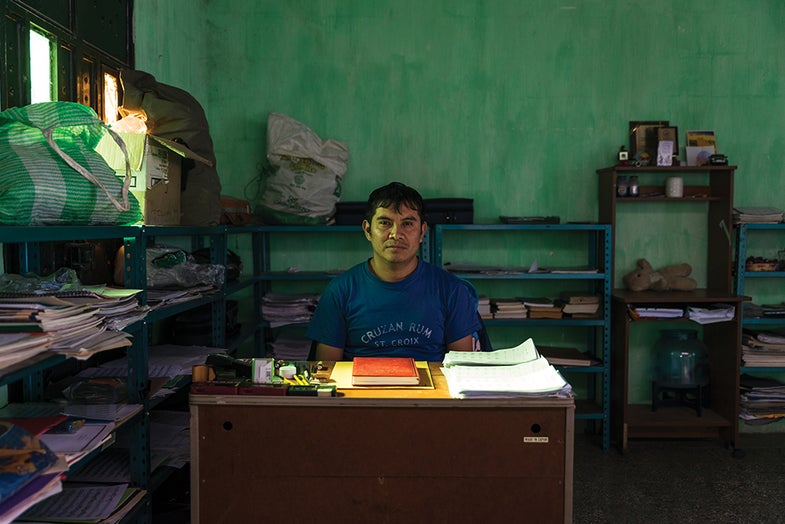 “El Sistema” refers to the Sistema de Orquestas de Guatemala, a nonprofit group that aims to give hope and self-esteem to that Latin American  nation’s disadvantaged young people by teaching them to play classical music. Jaime Permuth produced the project’s photographs and video on a recent three-week trip to Guatemala.

The photographer’s first subject was a small string orchestra in a remote agricultural village. “The locals refer to it as the Orchestra of Vegetables,” says Permuth. “The conductor finances the group with proceeds from his yearly crop.” He then traveled to a larger town with a 50-piece youth orchestra now sponsored by the local government. “Originally, a group of five musicians earned money to buy the instruments by selling homemade  burritos from backpacks in the local marketplace,” he says. Permuth’s final stop was a still-larger orchestra of students at a Catholic school in a crime-ridden neighborhood of Guatemala City. “The school has been under siege from local gang members trying to extort money,” he says. “The perimeter is surrounded by razor wire.”

Permuth says that photographing in the school was like working in a bunker. Indeed, the ease and upbeat nature of El Sistema’s images belie the often difficult circumstances of their creation. Permuth didn’t make things any easier with his determination not simply to show young people learning and playing their instruments in formal settings, but also to put their experience in the context of a sometimes desperate daily life by including images of such things as the sugar cane harvest, their ramshackle homes, and the daunting barricades that are often part of the landscape. “I wanted to raise awareness of the dire conditions in which my country’s youth struggle to reach adulthood and self-realization,” Permuth explains. “But I also wanted to find a metaphor for hope and redemption.”

Permuth spent the rest of his summer in Washington, D.C., on a Smithsonian Artist Research Fellowship. That project, titled The Street Becomes, incorporates archival images from the Smith-sonian’s Anacostia Community Museum and the National Museum of American History.

Jamie Permuth is a faculty member at School of Visual Arts