Even at 73, Daido Moriyama–perhaps the most internationally recognized Japanese photographer–has been particularly active in recent years. And this week,... 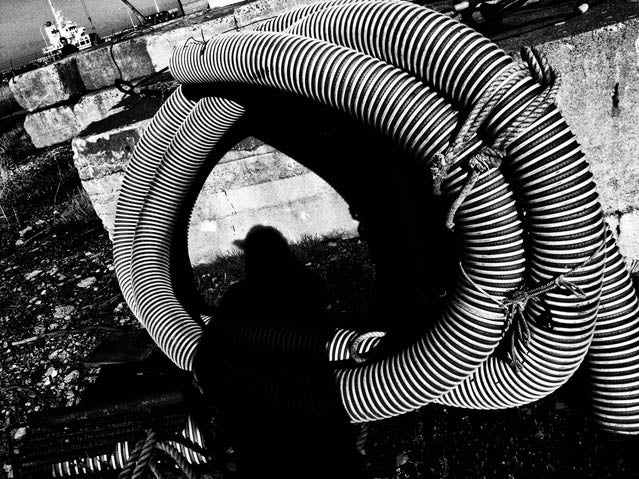 Even at 73, Daido Moriyama–perhaps the most internationally recognized Japanese photographer–has been particularly active in recent years. And this week, his still-busy schedule brings him to New York, where he’ll make a number of appearances.

The highlight of these is “PRINTING SHOW,” a live performance at Aperture Gallery on November 4 and 5. The event is limited to ticketholders only (tickets are still available), but those who enter will participate in the production of their own Moriyama book.

There will be photos on the wall, but similarities with most photo shows will end there. The photographs will be photocopied sheets of paper, and they serve as a kind of menu: visitors will pick and choose the photos they want to be assembled into a book by Moriyama himself. He’ll be manning a photocopy machine throughout, and he will also sign each volume as it’s produced.

“PRINTING SHOW” is a re-staging of a 1974 performance of the same name. In its earlier incarnation, visitors could “only” choose the cover of the book, which contained photographs of New York. Now it’s the New Yorkers’ turn to select photographs of Tokyo, choosing from a selection of work that Moriyama has made over the last 10 years. Some color photos are also included in the selection, and they will be reproduced in color–for better or for worse, the copy machine will not be a vintage model.

The event is organized by Ivan Vartanian of Goliga, who said of Moriyama: “I think of him as like Robert DeNiro–he’s a cool cat, totally unfazed. That said, he’s quite excited about it.”

If having the man himself make and sign your own personalized photobook is still not enough to sate your Moriyama desires, he’s also appearing in conversation with ICP’s Christopher Phillips on November 3. (Tickets available through the Japan Society.)