When Esin Göknar, Condé Nast Traveler‘s photo editor, asked me if I was interested in shooting a story in the... 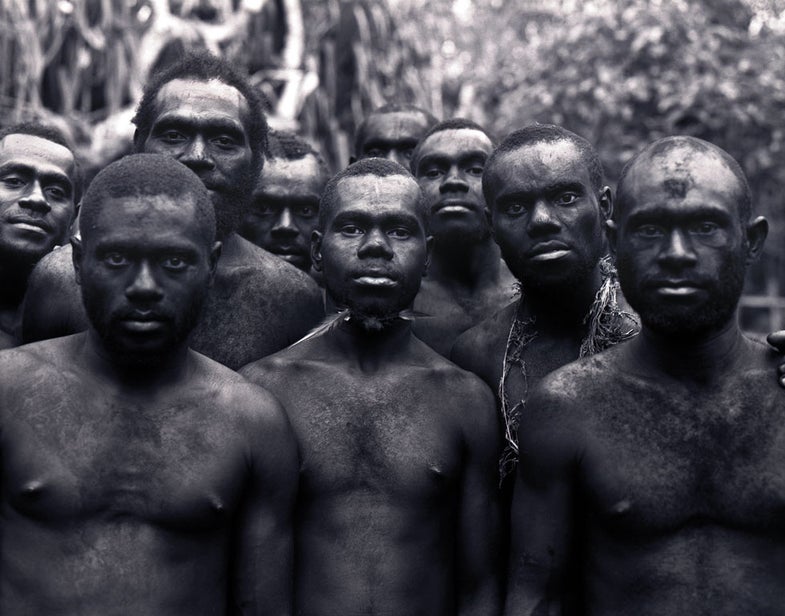 When Esin Göknar, Condé Nast Traveler‘s photo editor, asked me if I was interested in shooting a story in the South Pacific for the magazine, it took me approximately 17 nanoseconds to say yes. Working for Traveler typically involves heading to one of the most beautiful spots on the globe to photograph its local culture, as well as its most luxuriously appointed resorts. It’s hard work, but hard work feels pretty good when you’re doing it in paradise.

After the two-hour creative meeting with Göknar and photography director Kathleen Klech, I wondered if I should have asked more questions. There would be luxury here and there, but this trip would be far from a resort-bubble fantasyland. Three weeks later, my assistant and I landed on the small private island of Ratua, in the middle of the Pacific Ocean. Taking in its raw beauty for the first time, I felt as if the earth was trembling under my feet. Turns out it was an earthquake, the first for both of us. Thankfully, there was no damage where we were, but it’s an unsettling way to kick off your stay anywhere.

Next came the tsunami, on the small side (compared with the size of the quake), but still, it was becoming tough to shake the feeling that it might start raining frogs at any moment. What was on the agenda for tomorrow? Oh right. Cannibals.

Twelve blessedly non-apocalyptic hours later, we took a boat to a plane for the short flight to the island of Malekula in search of the fabled Big Nambas tribe. My seatmate was a gigantic native man with a huge and unnervingly spiky warclub. I’ve been hassled in airports from Akron to Jalalabad for trying to carry film onto planes. Apparently security works a little differently in this part of the world.

We were met at the grass landing strip by our guide Henry, along with his cousin and eternally smiling brother-in-law. They showed us to the back of Henry’s battered pickup truck then whisked us off into the wilds to look for people who eat people.

On the way, through hand gestures and broken English, Henry explained that there were two tribes of Nambas on Malekula, the Big Nambas and the Small Nambas. The names refer to the relative size of their penis sheaths (made out of leaves or plant fiber and, for the Big Nambas, dyed a lurid purple). If that wasn’t enough to scare us, we were minutes away from seeing one attached to a real live cannibal. This is elective cannibalism, mind you. It’s less “we’re out of food; we have to eat Jimmy” and more “Let’s kill our enemy Clarence then eat him so we can absorb his power.” Over the past century, missionaries in the region have managed to convince the Nambas of cannibalism’s shaky logical and moral grounding, so it’s now considered politically incorrect. Still, everyone in these tribes seems to know someone who’s done it.

On our spine-rattling ride through the jungle, Henry and his two pals tried to explain exactly how this cannibalism stuff goes down, boiling it down to “We it dem, den we et dem,” a phrase they repeated while smashing their fists into their palms. It took us about 20 minutes to figure out what they were saying: “We hit them [palm punch], then we eat them.” That sounded like the correct order of operations for a cannibal to achieve his goals, but hold on a second. Did they just say “we”?

They also impressed upon us not to make any sudden moves around the Nambas and to do only what our guides did. Five minutes later, we were face to face with our first Big Nambas, an old man leaning on a walking stick with the largest penis sheath I have ever seen (also the only one I’d ever seen). This was the tribe’s elder, a cordial man who was quite proud of having eaten 10 men in his lifetime. I tried to process this fact, but I’ll be honest, the penis sheath was a little distracting.

The elder escorted us to the center of the village, where the entire population promptly gathered to witness this visit by extraterrestrials. We heard the beat of drums behind us and looked around to find a line of 30 or so fierce-looking warriors performing what I hoped was not some sort of pre-dinner show. The vibe was welcoming, but I’d be welcoming, too, if I lived in the middle of the jungle and food came walking into my campsite

No matter whom you’re shooting, it takes time to develop trust with your subjects. The wider the culture and language gaps, the longer that can take. In this case, we had no language rapport at all and could not have come from more different circumstances. Though it took time, eventually we did become more at ease with each other. They were able to accept that I wasn’t going to steal their souls, and we discovered how playful the Nambas could be. Eventually, the warriors disappeared (along with the insistent drum beat that accompanied them) in a dust cloud behind the huts, and we were invited to be guests of the chief in the l, the large thatched-roof hut where all tribal decisions and ceremonies are made (and from which women are strictly forbidden).

I could tell from Henry’s face that going into the nakamal was a big deal. He looked a little nervous. Which made me a lot nervous. Were we being asked to come hang in the tribal man-cave, or was it “first we it dem, den we et dem” time?

The nakamal stood in the middle of the village and was big enough for all the warriors to fit in at once. The small entrance cut in its side revealed only darkness on the interior. For all I knew, my seatmate with the warclub could be in there. But we were committed at this point. If the chief was not angry with us now, he certainly would be if we rejected his hospitality. So into the darkness we crawled. To our relief, inside we found the 30-odd warriors sitting on benches lining each side of the hut, very relaxed and civilized. In the middle of this was a boy of around 16 dressed in a loincloth and a crown of vines hunched over a carved wooden bowl. He was dipping a wad of something in and out of a liquid that had the unappetizing look of New York City gutter water.

Eventually we realized he was preparing kava root, the intoxicant of the region, which we had run across in our research. Kava is known to make even the crabbiest cannibal happy. Soon Henry told us, “Chief say you must drink from the kava.” Maybe cannibalism had an extra step. They drug us, then they hit us, then they eat us.

Drinking on the job is not something I generally condone, but when the chief says drink, you drink. I handed my cameras to my assistant, did my best dead man walking shuffle up to the bowl, and knelt with my hands behind my back, as a warrior who drank before me had demonstrated. I thought, “If this is it, please don’t make it hurt.” I dipped my mouth into the bowl and slurped. Rather than a blow to the head, I received a rousing round of applause from my new friends. To be honest, the warm glow and numb lips were quite pleasant. It definitely took the edge off the idea of being surrounded by cannibals. When the chief imposed a second round of the kava, we were more than happy to oblige.

After our second dose, Henry informed us that the chief had given us permission to exit the hut. By that point we didn’t really feel like leaving, but we didn’t want to tangle with man-eating bouncers, so we decided it best to pile out of the nakamal into the throng of villagers who had gathered outside.

After exchanging handshakes and hand signals, we left the village. A pack of kids ran behind our little red pickup all the way out of the village, waving through the dust cloud. Our smiles had less to do with the effects of the kava and more with the knowledge that we had been allowed in by these wonderful people. They had trusted us enough to give us a real glimpse into their lives—and had observed the first rule of entertaining: Don’t eat the guests. AP