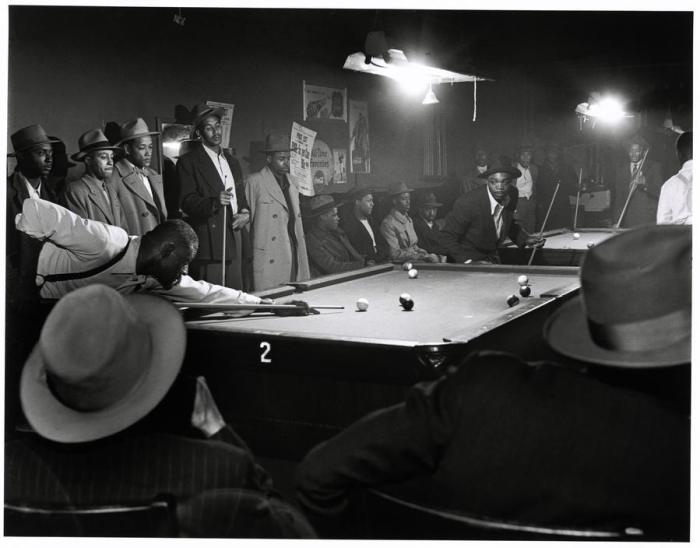 Like so many Americans of a certain age in the early forties, Wayne Miller joined the Navy and went to war, where his photography career began with a bang. He quickly found his way into legendary Edward Steichen’s Naval Aviation Photographic Unit—a group of photographers charged with documenting the Navy’s involvement in the war. With this unit, Miller was one of the first photographers on the ground in Hiroshima to send images of the atomic bomb’s destruction back home.

After the war, Miller returned to his native Chicago, where over the course of three years he documented the postwar boom in black culture on Chicago’s South Side. These images became his landmark project _The Way of Life of the Northern Negro, _(which was collected in a book, _Chicago’s South Side, 1946-48). _

Miller later went on to continue to collaborate with Steichen, curating MoMA’s exhibition The Family Of Man in 1955. His storied career also brought him to Life in the 1950s, and then to the position of director of the Magnum photo agency during its glory years in the mid 1960s.