Watch This: The Evolution of Photographs on The New York Times Front Pages 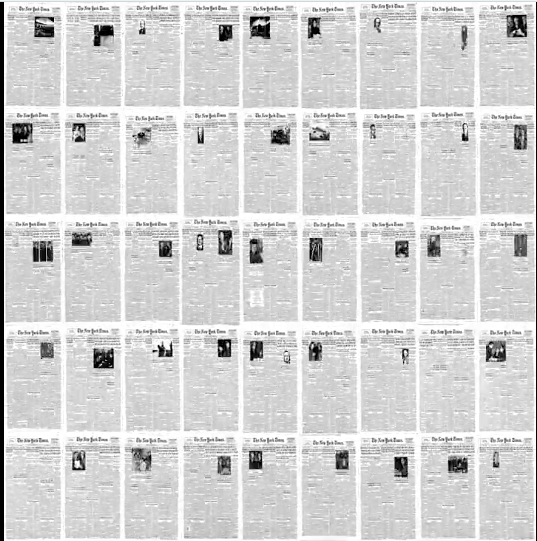 In a fun glance through media history, self-described data artist Josh Begley created a quick timelapse showcasing the evolution of The New York Times‘ front pages going back to 1852.

For the first 20 seconds it almost resembles bands of code as early editions of the paper zip by with their black lines of ink, devoid of photographs. It wasn’t until 1896 that the paper ran its first photographs, which appeared in the Illustrated Sunday Magazine. Color explodes onto the pages towards the 49 second mark, a sudden break after more than a hundred years of the classic black and white. The first color image to run on A1 depicted a celebrating Tony Fernandez following his homer that brought the Cleveland Indians to the 1997 World Series.

Check out the memorizing video, here.