On the Wall: A Reprise For Walker Evans at MoMA

In 1938, New York’s Museum of Modern Art hung its first ever solo show devoted to a photographer. It was... 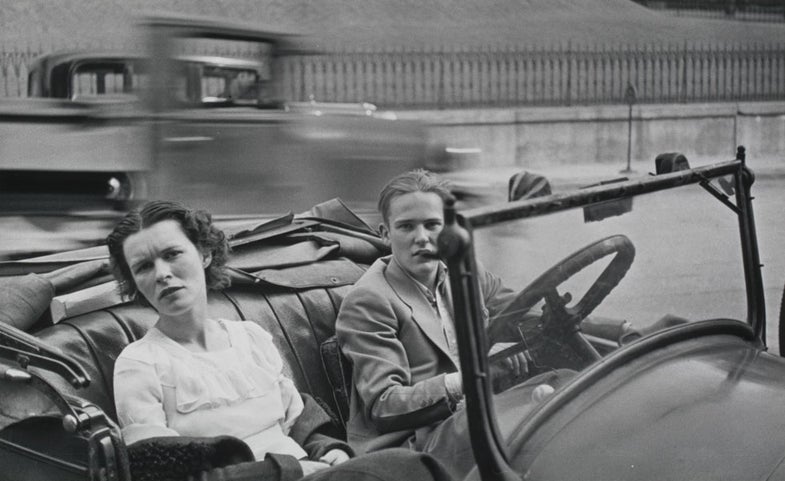 In 1938, New York’s Museum of Modern Art hung its first ever solo show devoted to a photographer. It was Walker Evans’s American Photographs, which found one of the early 20th century’s biggest names exploring the country, his eyes wide open. Now, on the show’s 75th anniversary, MoMA is rolling out a second viewing of over 60 of the original 100 photographs.

Many of the American Photographs were sourced from his work documenting sharecropper families in the South on commission from the Farm Securities Administration, which when paired with James Agee’s written narrative became 1941’s Let Us Now Praise Famous Men, an early landmark of documentary photojournalism. These are the photos that made Evans most famous, so it may be a surprise to see them in the context of what Evans saw elsewhere in American and abroad. Also represented here is an elegant woman in furs on 42nd street in New York City, a dapper man in white suit in Havana, and a young, inquisitive couple sitting well-dressed in the cockpit of a convertible on an unnamed “Small Town Main Street.”

And before Let Us Now Praise Famous Men became a landmark piece of photographic reportage, the catalog for American Photographs, published alongside the exhibit, was one of the first well-known photographic monographs—a genre that soon after exploded. To coincide with the retrospective, MoMA has also republished the long-out-of-print catalog hewing closely to its original design.

Walker Evans American Photographs is on view through January 26, 2014. For the next two weeks, you can catch both Walker Evans and the museum’s major Bill Brandt exhibition (which closes August 12), making it a great time for photography at MoMA.