On the Wall: Pieter Hugo’s “Kin”

In just a few short years, Pieter Hugo’s African portraiture has made him one of the biggest names in photography... 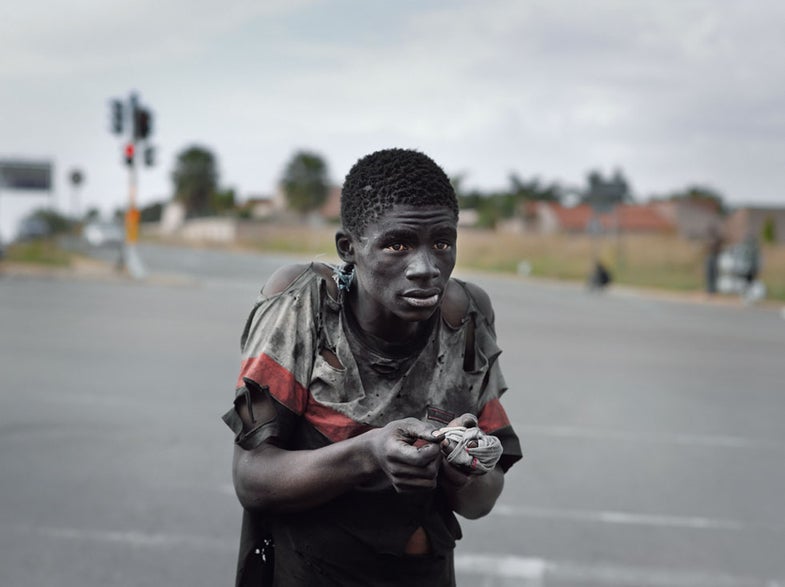 In just a few short years, Pieter Hugo’s African portraiture has made him one of the biggest names in photography today. His study of salvagers in Ghana’s burning electronics dumps, Permanent Error, was one of our favorite photo books of 2011. He immediately followed that with a career-spanning monograph, This Must Be The Place, which made our list last year. His vision of Africa is one of complexity and nuance, his portraits political while remaining distinctly human.

Which makes his latest project “Kin,” which debuts at Yossi Milo gallery in New York this week, especially exciting. It is his first major work to focus exclusively on his personal experience in his native South Africa, a place defined by centuries of political, cultural, and racial tensions and contradictions.

Hugo, who is white, was born in Johannesburg and raised in Cape Town. He describes “Kin” as “an engagement with the failure of the South African colonial experiment, and my sense of being ‘colonial driftwood’.” 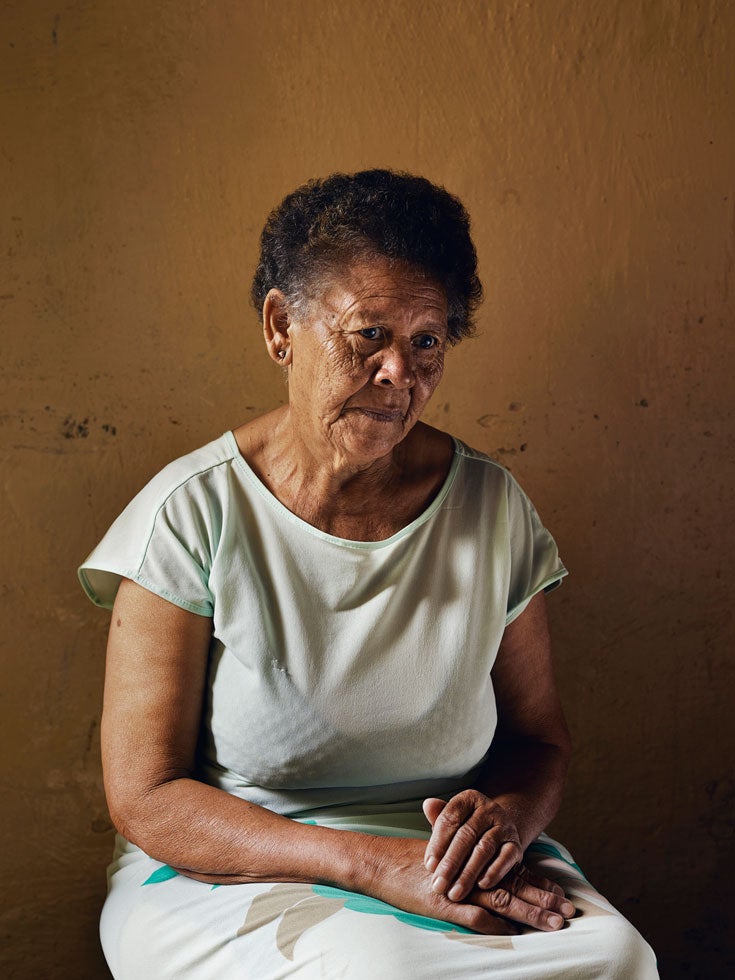 Ann Sallies, who worked for my parents and helped raise their children, Douglas, 2013

“How does one live in this society?,” Hugo continues. “How does one take responsibility for history, and to what extent does one have to? How do you raise a family in such a conflicted society? Before getting married and having children, these questions did not trouble me; now, they are more confusing.”

Hugo explores these questions via portraiture, starting close to home with his family’s long-time caretaker in Cape Town, his pregnant wife, and his newborn daughter. Then he expands outward, capturing the arresting gaze of a homeless man on the streets of Johannesburg, a couple whose marriage this year was reported as “Africa’s first traditional gay wedding,” and more of the strikingly diverse faces and landscapes that define the South African experience today.

“I have deeply mixed feelings about being here,” Hugo says. It’s an internal conflict that’s been palpable in all his images, but is now firmly front and center.

“Kin” opens at Yossi Milo gallery on Friday, September 6, and is on display through October 19. Its debut will be followed by showings at Stevenson gallery in Johannesburg and Cape Town in October