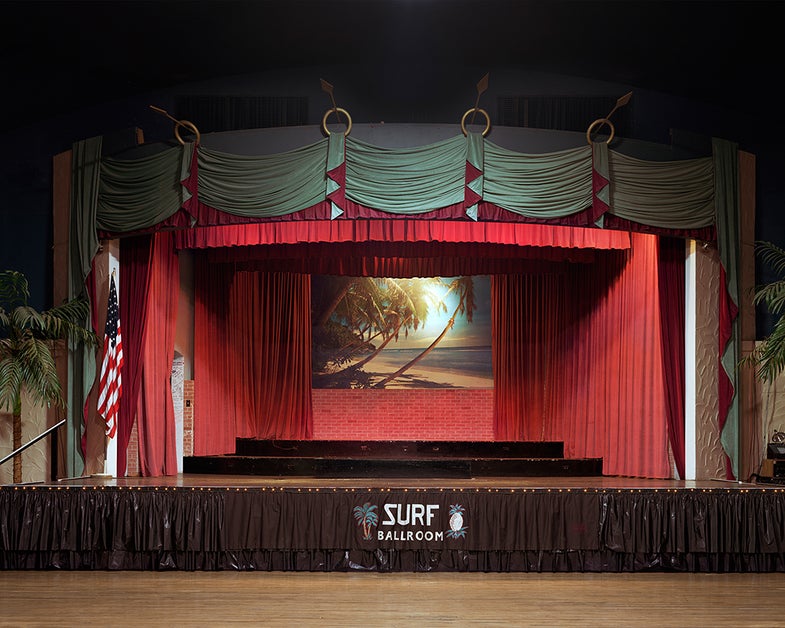 This survey shows  the trajectory of Soth’s career from early black-and-white through large-scale color scenes of everyday America, including work on view for the first time. Soth’s noted Lothlorien Series depicts life in a shared-cost housing cooperative in Madison.

Following Atlanta, his book project about that city’s hip-hop scene, Schmelling turns his lens on the diverse sonic culture of his native Chicago. His images document performers, fans, and ephemera in the Midwest music hub, focusing on underground indie bands and house parties from the viewpoint of an insider.

This long-term project by legendary Argentine photographer Sebastião Salgado is an epic tribute to the preservation of Earth in its natural state— at least in those places where it can still be found. Raised on a cattle ranch in Brazil, Salgado’s reverence for nature inspired an eight-year journey to discover mountains, deserts, jungles, oceans, wildlife, and indigenous peoples in the primordial regions of the world. The riveting collection of more than 200 large-scale black-and-white photographs, described by Salgado as “my love letter to the planet,” portray untouched environments that astound the modern eye. In 32 voyages since 2004, Salgado writes, his intent was “not to photograph what is destroyed but what is still pristine, to show what we must hold and protect.” Taschen’s lush 2013 monograph documents the project geographically—but with grand prints of up to 36×48 inches, this work is best seen on the wall.

Saluting the 30th anniversary of the Getty’s Department of Photo-graphs, this show blends contemporary and historic works in conversation with one another. Artists include Loretta Lux, Cindy Sherman, Diane Arbus, Walker Evans, Man Ray, and other masters.

This group show celebrates spontaneous imagery shot with instant film before digital technology rendered Polaroids and the like obsolete. It includes work by Alabama’s Pinky Bass and Georgia’s Michael McCraw, among many others.

Robert Voit: New Trees and The Alphabet of  New Plants

Kramer’s work presents detailed semi-abstractions mixing images of the former World Trade Center with those made during its reconstruction through layers in a single frame. The show coincides with the 13th anniversary of 9/11 and the completion of the new World Trade Center.

As artist-in-residence at the Burchfield Penney Art Center, Lynch established her own kinship with artist Charles Burchfield, as evidenced in atmospheric scenes of woodlands and the Catskill Mountains.