On the Wall: Do Disturb

Ralph Eugene Meatyard grew up in an Illinois town called Normal. (We have left this space blank so that you... 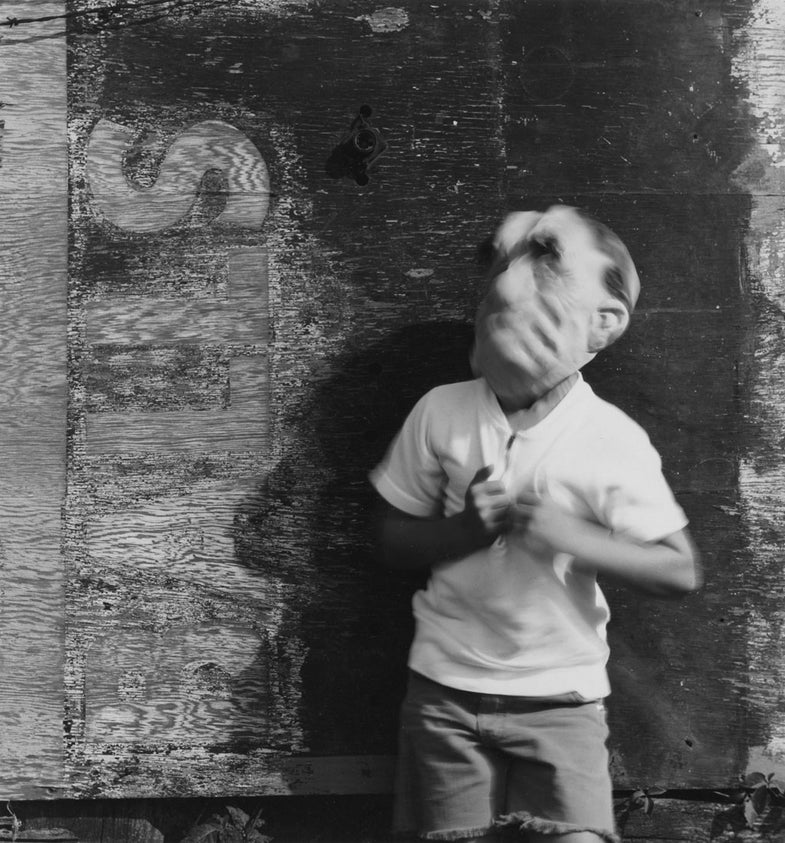 Ralph Eugene Meatyard grew up in an Illinois town called Normal. (We have left this space blank so that you may insert your own joke.) A Kentucky optician who moonlighted as a photographer, Meatyard made haunting black-and-white images of his children, wife and friends staged in tense relationship with their surroundings. His subjects wear bizarre masks, hold tattered doll parts, and pose in abandoned locales, all to unsettling effect. Though Meatyard was an outsider to the photo world of the 1950s and ’60s, he took his craft seriously, attending workshops by Henry Holmes Smith and Minor White and spending holidays and weekends perfecting his practice for himself and his circle of artist friends. By never aligning with any single art movement, he created a visionary model for contemporary staged portraiture and is now justly lauded for being ahead of his time. This exhibition’s body of work predates Meatyard’s iconic final project, The Family Album of Lucybelle Crater, which the Jargon Society published after his untimely death, in 1972, at age 46. The final stint of a traveling collection organized by the Art Institute of Chicago, the PMA show features some 50 photographs and chronicles Meatyard’s use of his odd props to explore themes like childhood, mortality, intimacy and concealment. It’s a rare glimpse at weird scenes from a bold mind.

_”Ralph Eugene Meatyard: __Dolls and Masks” is on view at the __Philadelphia Museum of Art through August 5. For more information on the exhibit, visit: philamuseum.org._