On the Wall: Ari Marcopoulos

Dutch-born Ari Marcopoulos arrived in New York City right on time. Moving from Amsterdam as a young man in 1980,... 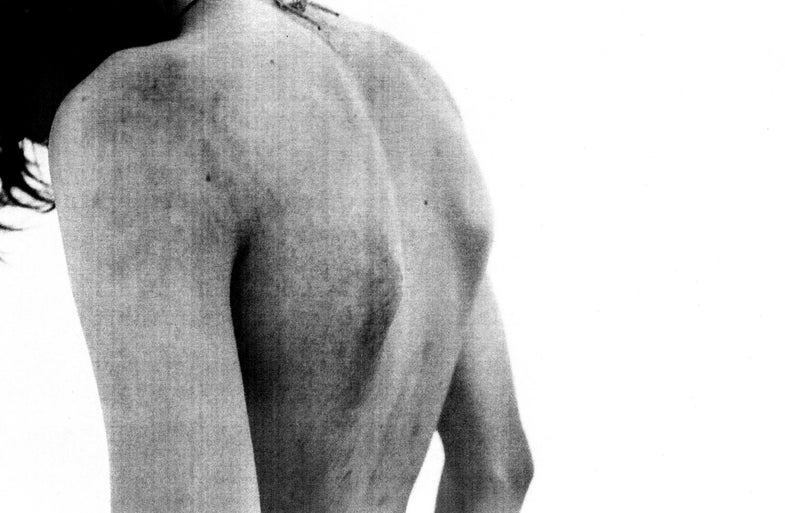 Dutch-born Ari Marcopoulos arrived in New York City right on time. Moving from Amsterdam as a young man in 1980, he quickly fell into the rhythm of the city and its art world, like a dream: the self-taught photographer soon landed a job as one of Andy Warhol’s printers, followed by a gig assisting Irving Penn. In his own photography, Marcopoulous documented the everyday lives of the downtown artists, musicians and skateboarders that surrounded him, just as they began to discover their power to shape American youth culture.

Today, the work of Marcopoulos is still gritty and graphically striking. And it still carries the lo-fi aesthetic of the street. His recent body of work “Wherever you go,” currently on view at the Marlborough Chelsea gallery in New York City, was shot with Marcopoulos’s usual point-and-shoot style. But the output goes beyond the snapshot: for “Wherever you go,” the photographs were scanned, photocopied and reconstructed as dramatic large-scale black-and-white pigment prints on rice paper. The photographs of tattooed men (his friends and family, including New York Knick Tyson Chandler), graffitied walls, and human imprints on the urban landscape are all approached with a sensitivity to the culture he still shapes. Also on view is “City Riders,” a video of New York’s subway straphangers captured via iPhone. In the gallery, the familiar sounds of subway chatter and canned announcements of “City Riders” nicely accentuate the overall tone of the black-and-white images. “The next stop is Times Square 42nd Street,” the robotic woman says over the 2 train’s loudspeaker; though his subject matter has evolved over time, Marcopoulos is still fascinated by the essence of the city.

_”Ari Marcopoulos: Wherever you go” is on view at the Marlborough Chelsea gallery in New York City through June 16. “Wherever You Go” will be featured in edition #17 of his weekly zine collaboration with Dashwood Books. You can follow Marcopoulos’s current output on his blog, EXFED. _