Waiting for History, In Front of the Screen

If you were to conjure up an image of an “internet-age photographer,” I think the chances are good that the... 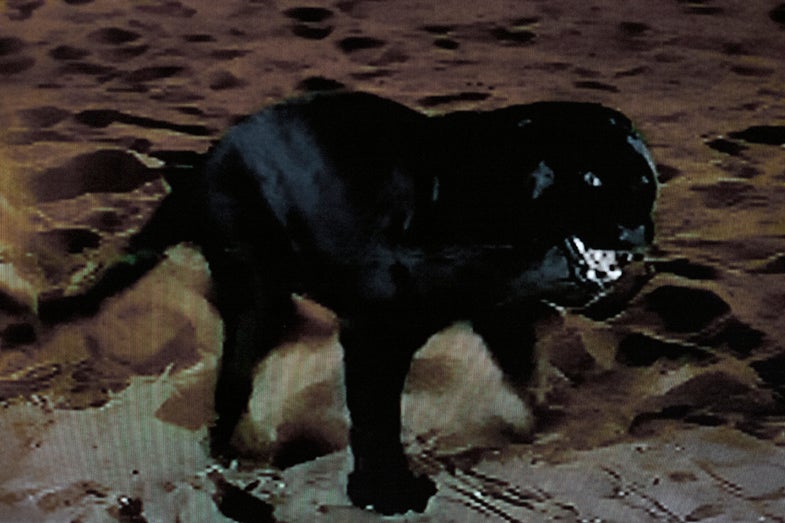 If you were to conjure up an image of an “internet-age photographer,” I think the chances are good that the names of certain technologies (Photoshop, Instagram, Google Street View and so on) might come to mind. After all, the development of the internet has led to the digitalization of everything, right? Irish photographer Barry W Hughes is a fascinating counterexample to this line of thinking. Hughes’ series “Ongoing Photographs” is rooted in his obsessive habit of collecting physical objects, yet I would argue that he is very much a photographer of the internet age. Hughes monitors streams of information to look for certain “patterns and coincidences” among the things he’s collected, and then uses the internet to explore these connections further. Through this digital (not to mention idiosyncratic) exploration, he’s connected objects as seemingly unrelated as a bust of Napoleon and a plastic bag full of dead wasps. This might sound like a joke—and it’s true that these images would probably be of little use to a historian—but Hughes has worked out a serious method to stake out his digital observation post above the flow of history. 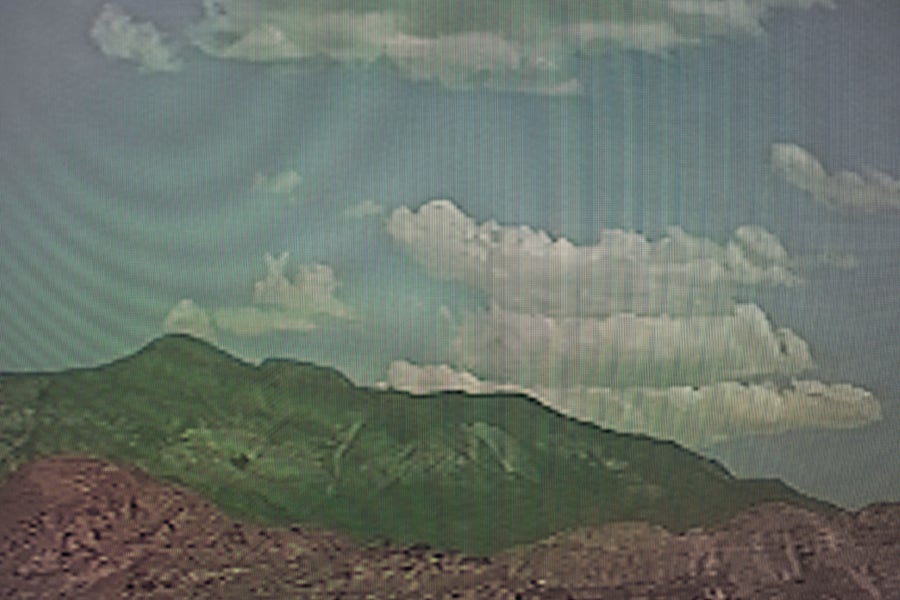 In your project “Metastatic,” you’ve photographed the screen of a television playing the Howard Hughes-produced film “The Conqueror.” I gather that it is, by any standard, an extremely bad film, but that some people claim that many of the cast and crew later died as a result of exposure to radioactive material in the Utah desert. To make this kind of project it seems like you’ve done a fair amount of research, so I’m curious to hear about how you begin.

I was always interested in history; I was a good history student in school. That continued, and that’s the kind of books that I read—biographies, or books about real situations. As I became a photographer, I learned how coincidences and patterns emerge in the world around you. I was trying to take the idea of patterns and coincidences from my love of history and bring it into the present moment with photography. I listen to news radio quite a lot, and a lot of the stuff I look at on the internet is related to science and history. Once you’ve fine-tuned your brain to recognize these patterns and coincidences, you take the stuff that’s of particular interest to you and work backwards. I’d hesitate to use the word web, but it’s a cross-hatching of ideas, moving backwards from the original point that caught your interest. With “Metastatic” in particular, I was literally sitting on the toilet, there was a movie review on the radio, and this guy mentioned “The Conqueror” as one of the worst films of all time. Just as an aside, he said that they believe that many people died of cancer from that film, which of course is nonsense. I was interested right away, so I went to go research it, one thing led to another, and I found myself researching atomic testing and nuclear power. So it evolves out of that initial discovery, finding points of interest along the way. Metastatic is as much about photography as it is about media and culture and about history and science. The cancer aspect just adds another human element to it, so it’s not just about photography, it’s not just highfalutin conceptualism. I think that’s important, because my work can be very didactic, which puts people off. I get that a lot, especially from some of my friends, like “can you not make a picture about teenagers,” but that bores the living daylights out of me! I’m just not interested in that stuff. 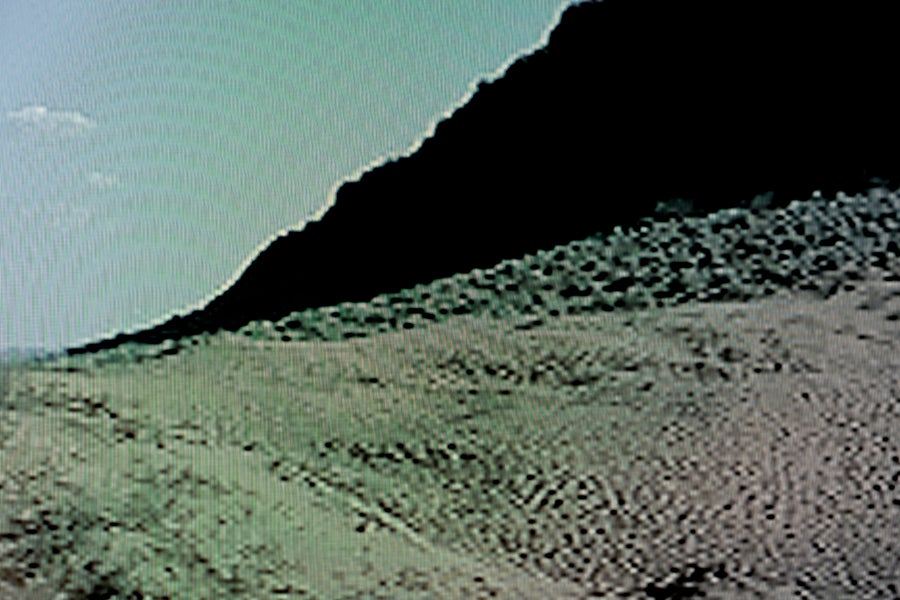 So, how is this project commenting on photography?

There are two things. With “Metastatic” it’s literally a camera on a tripod in a room facing the TV screen. The basis of photography is using light, so when you’re photographing a screen it’s a pure light transfer. Obviously that’s where the static effect comes from, so I’m exploiting that effect for “Metastatic” in a very overt way. In terms of the social aspects, I’m trying to make a reference to appropriation and the current trends in how we use or perceive images. The work functions in those two ways concerning photography: it’s about how we consume photography as well as about how photography actually, physically works.

You said your work can be “didactic.” Are you trying to tell us something about appropriation here?

Hopefully if the viewer has enough awareness, they might get that they’re looking at a photograph of a screen that was produced by taking a photograph. They’re the final receiver; they’re at the end of this process. To me that defines the digital age. In a lot of ways people aren’t really considered people anymore, and you’re not even a consumer because a lot of the time you’re not even paying for it, you’re just a receiver, you’re a vessel for images nowadays. It would be nice if someone would get that, but I can’t be in control of that—it’s not my job to worry about that. 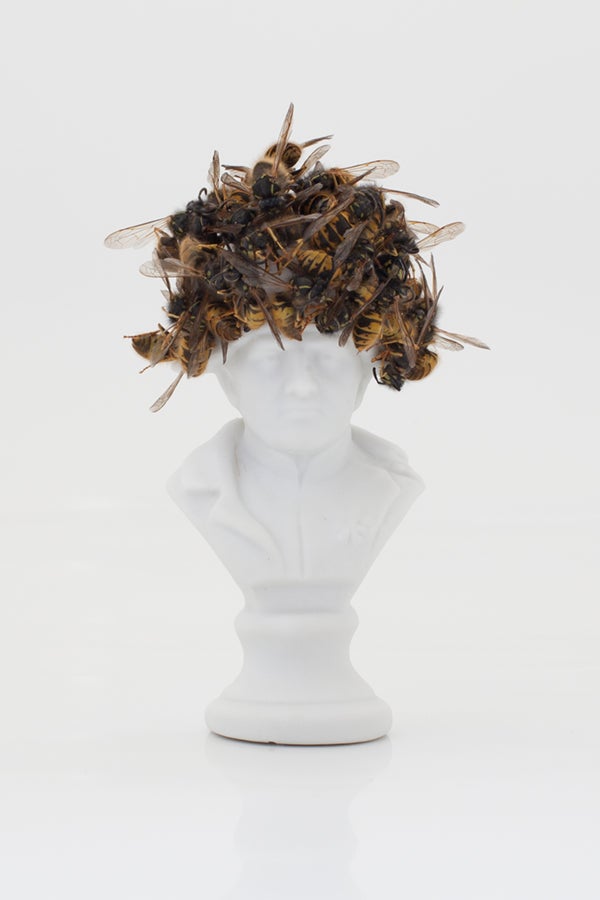 You were talking about the interconnectedness of history. When you find a pattern or coincidence, how does the image emerge out of that?

There’s a few ways that happens. I’ve always collected stuff, it seems to be just a compulsive thing. The stuff that’s in “Ongoing Photographs” is all junk that I have lying around. For instance, the one about Napoleon, with the wasps stuck to his hat—there was a wasp nest in the roof of my house, and wasps were flying in to my bedroom all the time, so I kept killing them, but instead of throwing them out, I started putting them in a bag. After a while I had this bag that stank to high heaven, there must have been like 60 dead wasps in this little plastic bag! I didn’t know what I was going to do with them, I just knew that I liked them, so I put them on the shelf with all of the other junk. I had them for maybe a month, two months, and then at the same time, I was in Berlin and London looking for a bust of someone. I didn’t even know who it was gonna be, I just knew it had to be some political leader. So after a couple of months of looking for a suitable bust, I gave up, and then one day quite by chance I went into an antique shop in Dublin, and there was a tiny bust of Napoleon sitting on the shelf. I brought it home, and I started doing lots of research about Napoleon. The story that popped out was about the gold bee being his insignia when he declared himself emperor. So of course when I got to that I said, “OK, I’ve got wasps, would wasps work with Napoleon?” I looked into the science of wasps, and it turns out that all wasps come from one bee, they’re part of the same genus, so a wasp is as good as a bee. After that it’s just a question of figuring out how can I make a nice enough image. When you talk about Napoleon it’s obviously his hat, it not only represents his power, as long as he has that big stupid hat on his head, everyone always knows it’s Napoleon. So I just covered his head with the wasps, and just took a photo of it right on the desk here, that’s all it is. It’s that simple, but that complicated too.

I mean, I was going to ask you to clarify this idea of patterns and coincidences, but I guess that’s it right there…

That’s pretty much how most of this stuff works. I might hear something on the radio, or I might be reading the paper or I might see something on a website. Whatever happens happens, but that’s the magic. You can’t be in a hurry with a lot of these things.

As a historical method, it’s interesting to collect this junk, or dead bees or whatever, and just wait for these things to intersect in some unexpected ways.

I don’t know if it’s being stubborn, or if it’s fate—but what’s the difference? I come from a Catholic country, I had a Catholic upbringing, I don’t think there’s any difference between fate, magic and stubbornness. It’s all pretty much the same thing. 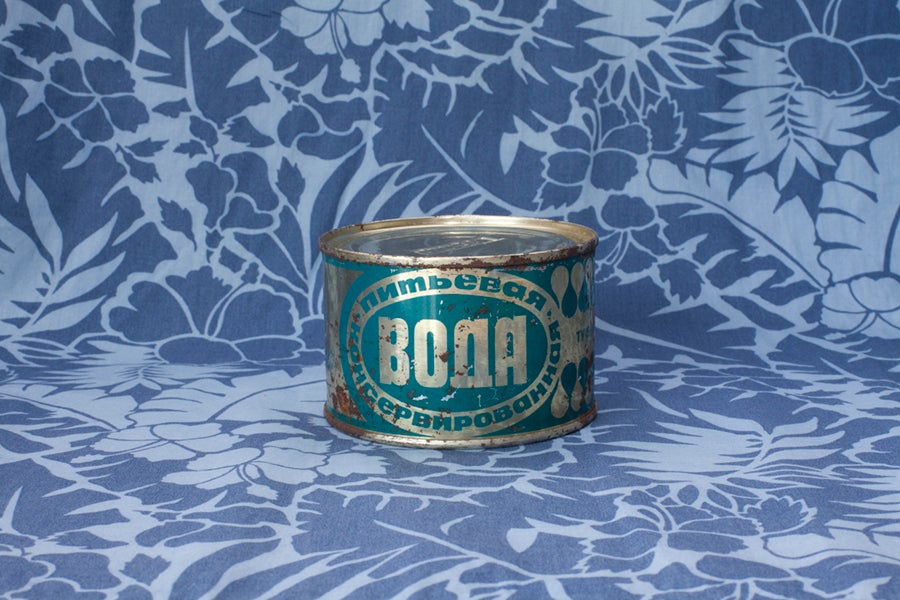