Video: Playgrounds Around the World Photographer On His Own Recess Experience

“Were you bullied or were you the bully?” 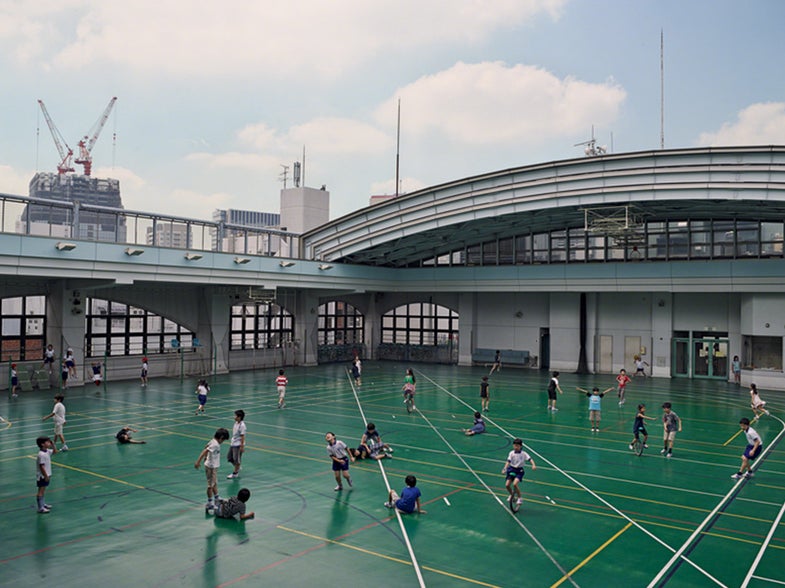 Aperture Executive Director Chris Boot recently spoke to James Mollison, the photographer behind one of our favorite books of the season, Playground, and the writer to the forward, Jon Ronson, about their own childhood experience during downtime at school. Mollison had traveled to over a dozen countries around the world, documenting recess at schools across a broad section of the socio-economic spectrum in colorful, wide, large scale images, which are on view at Aperture Gallery through June 25, 2015. What separates them from other kinds of typological series of this sort, is how he managed to capture a multiplicity of little dramas and worlds within each individual frame, and upon closer view, sometimes startling scenes of violence. Find out which playground Mollison was picked on himself during the making of the work, and which school he would much have rather attended as a child in the video above.