Photographer Roger Ballen teamed-up with filmmaker, Ben Crossman, to get a first-hand look at the creative process behind his new... 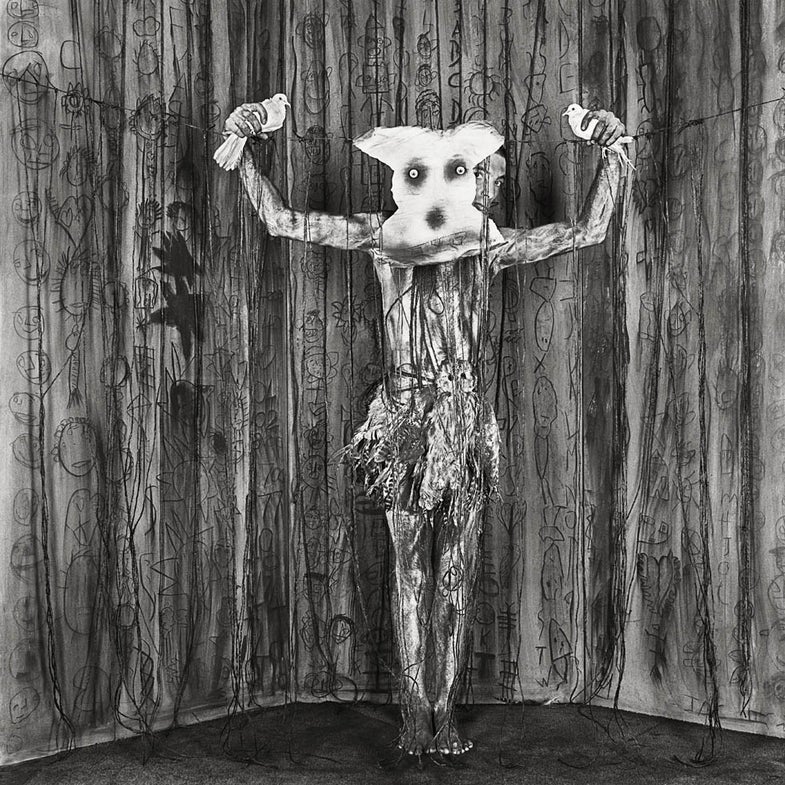 Photographer Roger Ballen teamed-up with filmmaker, Ben Crossman, to get a first-hand look at the creative process behind his new book, Asylum of the Birds, which you can view below. We also chatted with Ballen, who offered us an even deeper take on the circumstances behind his eerie imagery.

To date, you are best known for environmental portraiture. Your latest book and video take your work in a different direction. What made you so interested in birds?
Ballen: All my projects gradually come together. In 2000, when I was working on Outland, I was at somebody’s house, and a bird was tied up to a closet by the leg. That became my first bird picture, Tethered Dove.

What do birds represent to you?
They are a symbol of purity, peace, and the archetypal link between heaven and earth. I began to see this creature as having very important metaphoric qualities. Over time, I began to see the possibility of linking the bird and what it symbolizes to my psychological aesthetic universe.

What does the universe of Roger Ballen look like?
It’s a universe of chaos, of breakdown, anarchy; of irrationality, even madness. A universe of the absurd. In Asylum of the Birds, the bird has become integral to the images – sometimes as a participant, sometimes as an observer. It’s not necessarily a whole, living bird; it can be present as a feather, or half-eaten, it can be a rooster on the side of the photograph, or a toy bird. In each picture, birds represent something different.

(If video does not initial load, please re-load the page)

“Asylum” is a very relative term in Asylum of the Birds. In the video, we see a bird being decapitated, its headless body flailing around on the ground. What does it say about man’s relationship with animals?
After spending nearly 64 years on this planet, and working many of these years in the South African bush as a geologist, it’s quite apparent to me that the relationship between mankind and animals is not harmonious at all. It’s a one-way street where the animal is put in a situation where it is not able to cope. Man is an exploiter of nature. It’s easy to say man is part of nature, but the balance is so one-sided, so overwhelming and out of control that man does not have a foot in the natural world anymore.

But cruelty to animals is not a recent phenomenon. One could even argue that today, people are more sensitized to animal cruelty – think of bull fighting, or cockfights.
Man is more out of touch than in the past. People get squeamish when they see a chicken’s head chopped off, but they don’t flinch when they see 500 chickens in plastic packaging in the supermarket. Man now is so cut off from the process that there’s no balance between nature and mankind anymore.

In the Western world, we find all kinds of ways to console ourselves – stopping people from wearing fur coats, or taking care of the pandas in the zoo. But that’s just window dressing. The reality is that we’re living in a diminishing natural environment and that this trend is irreversible. At the core is not just ecology but also disassociation from the natural world, and, on a psychological level alienation and rootlessness.

The video marks the first look behind the scenes of your work, and into your relationship with your subjects. “Exploitative” is one of the terms that has been used in relation to the kind of people you choose to portray, and how you portray them.
I don’t know why one would call that exploitation. Taking a picture of someone is not necessarily exploitation. Ultimately, what matters is the relationship of the exploited to the exploiter? What if he or she doesn’t feel exploited?

In a conventional ethic, the downtrodden “should” be portrayed in a way that conveys empathy for their plight – and your images don’t convey much in the way of empathy.
We live in a world where most of the images we see are contrived. What people consider empathy is sometimes used to exploit people as consumers, as voters, or as members of a church. “Empathy” is a very subjective term, as is “beautiful” or “poor.” If someone is wealthy but psychologically poor should one not photograph him, out of empathy? I would posit that people who raise such objections haven’t been able to integrate their own darker side, and attack anyone who doesn’t submit to their “rules.”

Still, the video shows an educated, properly dressed upper middle class man taking images of homeless people.
I have worked with many of them for five years or more. That wouldn’t possible without a relationship founded on trust, friendship and mutual respect. Places like the Asylum of the Birds aren’t safe or harmonious – they’re fundamentally violent and full of unresolved social, and political issues.

I give them attention, a voice – they do drawings with me; we build the sets together. They derive a lot of purpose from our collaboration. They are so marginalized that getting attention from someone who is not an outsider gives them a sense of identity. I hear from some of them every day – I get at least 20 SMS messages, for me to call them. Some are desperate for money; most just want to talk.

It sounds like the job description of a social worker…
In a sense. I’m a father, a priest a doctor, a lawyer, a friend, a psychologist to them. I’m one of the few outside relationships they have in the outside world. No one on “my level” would deal with them – and if so, then on a master-slave relationship.

What do they represent to you?
They represent human nature in its most raw, bare-bones state. It’s always been part of my photography and psychology to reveal the more basic aspects of the human personality: violence, the will to power, sexual domination. And above all, that most fundamental of human instincts: survival. These people are one the edge of survival – and in that condition, the more primitive instincts reveal themselves.

Asylum of the Birds by Roger Ballen is published by Thames & Hudson on 24, March, 2014.