Two Photographers Set Out to Document the Sites of Poignant Tweets 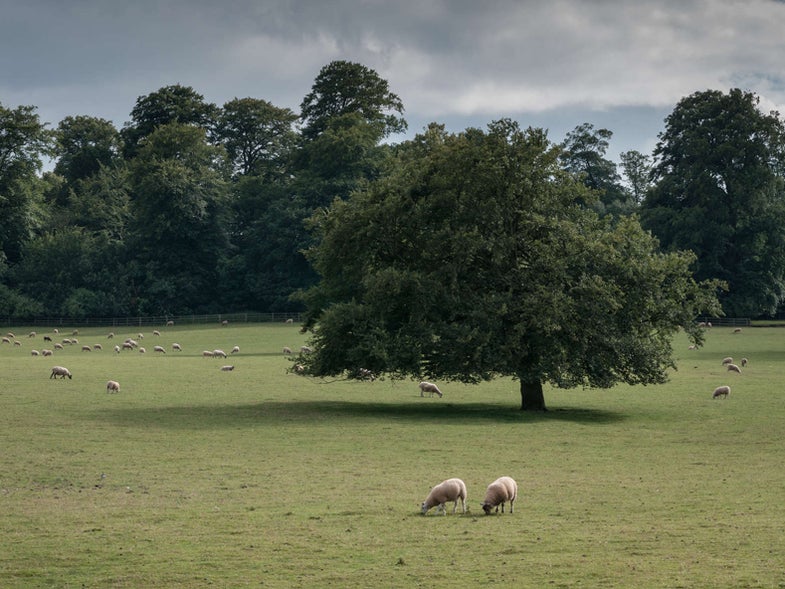 Have you ever read a tweet and wondered where it came from?

Nate Larson and Marni Shindelman, two contemporary artists who collaborate on photographic projects, endeavor to find out in their new book, Geolocation.

Created over a six-year period, Geolocation collects 78 tweets from around the country and abroad and pairs them with photographs of the places where they originated. The book was published late last year by Flash Powder Projects in a limited-edition run of 500 hardcover copies. The photographs displayed in the book make up a curated selection from more than 900 images made over the course of an on-going project that can be seen online at the duo’s website.

Larson and Shindelman, both professors of photography, met at an education conference about 12 years ago and became fast friends. Over the past eight years, they’ve collaborated on a number of projects focusing on the culture of contemporary communication. Together, they’ve transliterated SMS messages into signal-flag performances, photographed sites of Craigslist sales transactions, and traced images of political figures on the landscape with GPS data. For their most recent project the duo tracked down the physical origin points of tweets based on the geolocation data that is embedded within the short messages and visited each site to make photographs.

The geolocation information that rides piggyback along with each message on Twitter is provided voluntarily; however, many users of the popular service forget that they’ve enabled the function. “A lot of people don’t consider that decision on a daily basis. They consider it once,” says Larson.

Initially, Larson and Shindelman started sifting for tweet-sites in the places they lived over several years—Baltimore, Chicago, and Rochester, New York. As interest in their project grew, they were invited by galleries and arts organizations to hunt down tweets and photograph in a number of cities across the United States and in Canada and the U.K. In the places they visited, Larson and Shindelman began sorting through Twitter for messages within a 20 mile radius that revealed something personal and heart-felt about the person tweeting. After accumulating a number of tweets, the two set about harvesting GPS data and deciding on the best places to photograph.

The data, which is acquired by satellite, is accurate to within 15 feet of the original tweet. The relative accuracy of the data allowed for some creative license while also being specific enough to be poignant. In 2009, during the Great Recession, Larson and Shindelman saw a tweet in Chicago reading “I just got laid off,” and went in search of the message’s origin—their GPS data led them straight to an imposing investment bank downtown. Not all their excursions were so cut-and-dried, though.

“Occasionally we’ll get [to the site] and it’ll be private property,” says Larson. “In that case the camera is just pointed at the coordinate.” This is not to say that the picture itself does not matter to the duo. In making this body of work, Larson emphasizes the importance of making an interesting picture and says that he and Shindelman are always on the hunt for “what we can photograph that might make us see [the location] in a different way.”