Following tastemaker Tumblrs like jesuisperdu makes it clear that still life photography is a major trend among young photographers. This … Continued 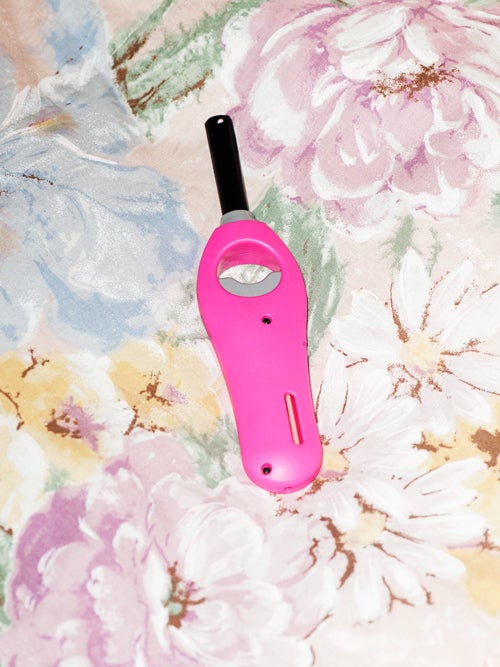 Following tastemaker Tumblrs like jesuisperdu makes it clear that still life photography is a major trend among young photographers. This is not exactly a brand-new development: already a year ago, Christopher Schreck wrote an essay examining the revival of the still life in contemporary photography. In any case, a couple of latter-day masters have been cropping up recently, and one who caught my eye in particular was Maurice van Es, a young Dutch photographer. His series “The Past is a Strange Place” seems to capture this aesthetic perfectly; his bright color photographs turn everyday objects like vacuum cleaners or teacups into beautiful images.

It might be worth looking at van Es in relation to Mårten Lange, a young Swedish photographer who we interviewed last year. In this series, at least, the subject of van Es’ photographs almost always sits dead center in the frame, much like the images in Lange’s book Another Language. Beyond this graphical similarity, I wonder to what extent their approaches to photography are similar. While Lange’s project was, quite consciously, an almost scientific exploration of the natural world, van Es is explicit about his interest in “personal photography,” and he’s often looking at man-made objects. Still, they each use flash in a way that isolates their subject, and it would be fair to say that van Es is interested in what Lange calls “the sculptural qualities of objects.” Certainly, van Es’ series seems more likely to reach a wider audience, given its bright colors and his appeal to nostalgia—two qualities that translate to success, in the Tumblr world at least.

That’s not to say that van Es is a one-trick still life pony—although a new, ongoing project on his website, “Yes,” does seem to be a series of more intricate sill lifes. Apart from this work, he is also extremely interested in memory and its relationship to photography. He seems to be obsessed with the interiors of rooms: one series (“Textures of Childhood”) shows fragmentary images of details found in the background of his childhood photographs, while another (“Rooms of Now”) shows details from the rooms of his friends, along with a friendly invitation to have him come and photograph your own room. Other series—there are many indeed—show an interest in his home life, as well as found photographs. Given his broad range of interests, and the evident technical ability to realize his ideas, it seems like van Es is unlikely to be remembered as a mere “Tumblr photographer.”