The Time I Edited Daido Moriyama

This past weekend, I attended Daido Moriyama’s “PRINTING SHOW TKY”–a nicely packaged mix of performance art and photography at Aperture... 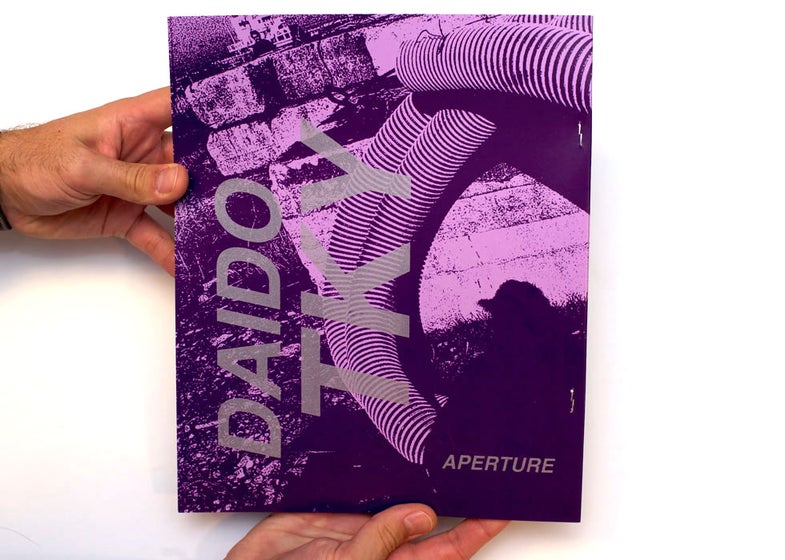 This past weekend, I attended Daido Moriyama’s “PRINTING SHOW TKY”–a nicely packaged mix of performance art and photography at Aperture Gallery in New York. It was a re-staging of sorts of Moriyama’s 1974 performance “Moriyama Daido Printing Show,” in which the famed Japanese photographer posted himself up next to a Xerox machine in a Tokyo gallery and printed low-fi photo books to order for the show’s guests, who were able to customize their own book’s cover and sequencing.

For the re-staging, the setup was a bit more hi-fi, but the DIY spirit remained: attendees were presented with a wall of 56 numbered pairs of Moriyama photographs, all printed with a color laser copier on the premises, not unlike the one you might find in your own workplace. Having taken in the work, guests were directed to make a selection of 20 image pairs in the order of their choice, pick one of two freshly screen-printed covers, and then enjoy a drink while their made-to-order book was assembled and signed by Moriyama, who was there to hang out and take in the whole scene.

It’s amazing to see that, at 73 years of age, Moriyama still has an impeccable sense of timing. In an age where anyone can order an inexpensive, decently high-quality photo book run of their own work in the time it will take you to read this article, Moriyama’s continued exploration of the DIY aesthetic feels especially welcome.

Would Moriyama be a Blurb self-publisher, if he was a young photographer getting started today? “Without a doubt I would have used these technologies to make DIY books,” Moriyama told me when I posed to him this hypothetical. “The thing about my style of photography–there’s an intense immediacy about it. So the second I’ve taken the photograph, I want to get it out there in the media,” Moriyama said. “So, DIY is something I definitely would have done because it’s a way for me to have gotten my photography out there as quickly as possible.”

The do-it-yourself process of PRINTING SHOW TKY also alters the experience for the viewer–in this case, me. Typically, I plunk down $75 with the expectation that a photographer will very deliberately guide me through his or her work. My reaction to the photos is largely my own, but the artist’s intent (or, the mystery surrounding it) often plays a significant role in how I digest a book.

My custom Moriyama book, however, is a different beast. Having to whittle 56 image pairs down to 20 was understandably tough, and the available selections presented several different directions one could take with their edit. Each page is stapled into the book as two-sided fold-out spread, which produces some interesting opportunities for adjacencies. But the pairings of images were selected to leave these types of thematic decisions open to the individual sequencing the book.

“The pairings come from mostly looking at the photographs in terms of what texture and what contours they represent, and their volume and spatiality. As opposed to theme, or concept, or narrative–or anything like that,” said Ivan Vartanian of Goliga, who organized the event (and kindly translated for my chat with Moriyama). Vartanian curates the available images and their pairings from a set of Moriyama’s photographs of Tokyo taken over the last ten years. This reverses the setup of the original performance, which took place in Tokyo with images taken entirely in New York City.

So the finished product becomes an interesting mix of your own tastes, of Vartanian’s, and ultimately Moriyama’s, whose kinetic street photographs are the whole project’s driving force. It’s a fitting show for 2011, and I can only wonder how photographers will continue to play with this theme of immediacy and personal curation in the future.