The Thrill of the Open Road

The road trip is already a mythic part of American culture, and American photography as well. What about the actual... 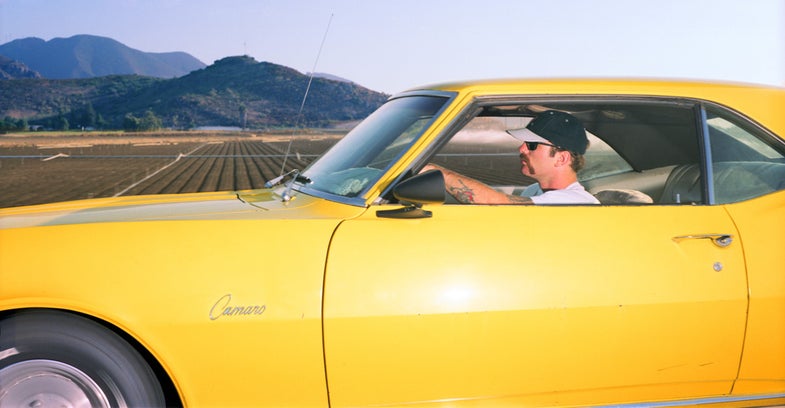 The road trip is already a mythic part of American culture, and American photography as well. What about the actual experience of driving, though? Lee Friedlander has recently showed photographs taken out of the windows of rental cars, and Andrew Bush is offering the opposite view: his “Vector Portraits” series captures unsuspecting drivers in that most famed of car-centric cities, Los Angeles. The photographs were taken at various times, but largely during the 1990s, and they capture a wide range of, among other things, colors, hairstyles, behaviors and bodies (auto and otherwise).

All of these elements make “Vector Portraits” a pleasure to look at, and not just in a nostalgic way. What makes the series special is that Bush hit on a way to capture his subjects at a time that they’re almost unconscious, and usually—with some humorous exceptions—unaware of the camera. So while this series is obviously looking at the culture of driving in LA, these “Portraits” could also be seen as a study of human behavior, like a West Coast complement to Philip-Lorca diCorcia’s New York street portraits, in which his subjects are unaware they are being photographed. 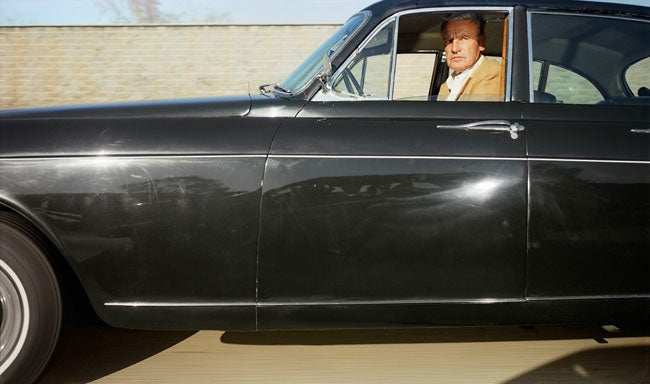 Man (possibly someone in character) traveling northwest at 60 mph on U.S. Route 101 in the vicinity of Hollywood…

At the same time, the titles of Bush’s photographs give his images a lighter tone. On the one hand, they seem to be scientifically precise, supposedly recording the speed, direction and exact time at which the photo was taken. It’s possible that he could have been diligently writing everything down while taking the photo—and I do like to imagine him scribbling these notes furiously as he struggles to keep an eye on the road in front of him. Then again, he’s also introducing elements of doubt, even humor, into his titles, so I’d take these numbers with a grain of salt. These admissions of uncertainty—my favorite titles are “Beverly Hills high school students (?) cruising west at 38 mph along Sunset Boulevard on a weekend in February 1997” and “Man (possibly someone in character) traveling northwest at 60 mph on U.S. Route 101 in the vicinity of Hollywood on a late Sunday afternoon in March 1991″—make it clear that Bush isn’t trying to present his images as some sort of objective truth, but instead making guesses about these people, just like you. Whether you want to see these photographs as a light-hearted take on a great American activity, or a more serious meditation on modern human behavior, “Vector Portraits” is worth a closer look.

I found Bush’s photos at Paris Photo, where it was naturally represented by a Los Angeles-based gallery, M+B Gallery. This work has been published as a book, and you can also see more of the series (along with the excellent captions) on Bush’s own website.