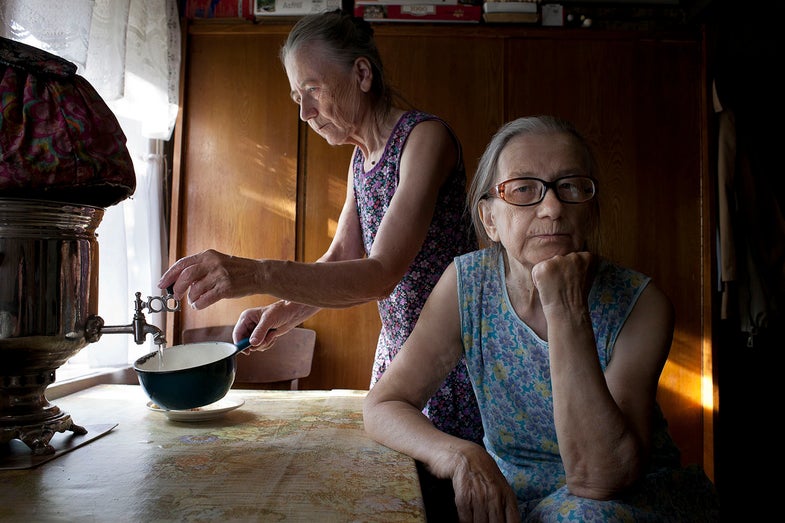 Some of the most moving photos are those with personal significance to the photographer. These can serve as tangible answers to complex questions about culture, family, and identity. If you hope to launch a long-term project, consider looking to your own life for ideas. Whether you focus on a single person or an entire family, your relatives or complete strangers, exploring a topic rooted in your own experience can be extremely rewarding.

These types of projects can also be the most challenging. We went straight to the best sources for advice: three artists who have honed their personal styles and created long-term, single-subject projects inspired by their own histories. Though their aesthetics and subjects are different, their advice is strikingly similar.

Often the most daunting aspect of making art is trying to find your own voice—the It Factor that will separate your work from the pack and give your images an undeniable aesthetic. A simple way to begin? Turn inward and let your own personal experiences inspire you. Nadia Sablin, a freelance photographer whose work has been published everywhere from The New York Times to Slate, did just that. Her series, Aunties, documents her two aging aunts and their everyday motions living together in a small Russian village.

Sablin, who lived in Russia until age 12, was inspired to visit her aunts during a trip back with the Peace Corps. “I came across a little log cabin, it really resembled the house where I used to go as a child. Even the light was the same,” she says. “I wanted to see if I really remembered it correctly or if it was just childhood fancy.” This curiosity about her past fueled a return trip to her childhood summer home in Alekhovshchina, Russia. When she discovered the beautiful simplicity of her aunts’ existence, Aunties was born. “It has to be something you really love otherwise it will just feel like work,” Sablin says.

What will make your work stand out might be right in front of you, so don’t overlook something that seems too familiar or too simple. For outsiders, your view might be completely new. For Thomas Holton, a New York native and freelance photographer, who teaches at Trinity School in New York, the beginning of his long-term project also started with questioning his childhood. Holton craved a connection to his Chinese heritage that he lacked growing up, and his search brought him to the family he would go on to photograph for the next 12 years, the Lams.

During his time shooting his series, The Lams of Ludlow Street, he was given the insider access to Chinatown he hungered for, and he connected with his own cultural roots in a way he had not been able to before. “Find what you are curious about, what makes you happy, what makes you sad,” says Holton. “You have to find a way to make your work uniquely yours.”

While Sablin and Holton’s style and subject matter differ vastly, the root of their projects is essentially the same. Both began with a small piece of their own heritage and turned it into an in-depth exploration through their lenses.

Once you have identified an aspect of your life that inspires you to photograph, the next step is gaining access to your subject. For photographer Brian Shumway, a return to his home state of Utah was all it took to begin his series Happy Valley. “I never really thought about it,” Shumway says on photographing his nieces and nephews. “It was also a comfort thing. They were there and I knew them and already thought it was an interesting subject matter.”

Shumway suggests that even when you are photographing your own relatives, you should, “start with the people you have good relationships with, then, once you have a solid concept, reach out to the other members and explain your project.”

Sablin recalls the same effortless initiation with her aunts on beginning her project, saying, “I never really asked them. I just told them I am a photographer, and I had a camera attached to my face at all times. I just knew that I wanted to photograph. They weren’t thrilled about it but they let me do it.”

When your subject is not your immediate family or people you know, gaining access can be far more challenging. This was the case for Holton, who wanted to explore what goes on within the walls of a home that was not his own. “I hooked up with a housing agency called University Settlement that worked to preserve local residents’ rights,” he explains. “I told them I would give them my pictures in return for getting me in behind closed doors.” With luck and a little perseverance he began accompanying an agency worker on her weekly rounds in the neighborhood and gained the opportunity to capture residents in their homes.

“The challenge was that when I was photographing in their homes everything was really stiff because I was a stranger,” he says. “I got lucky that the Lams were very welcoming to me.” In order to ease any tension and make the family feel comfortable having him in their home, he included everyone in the process by sharing his images as he went.

Grow With Your Gear

When immersing yourself in a long-term project, the camera and other equipment that works best might be different than what you would use for a single photo shoot. With intimate documentary photography, for instance, the ability to move quickly with your subjects, and to stay out of their way, can take priority.

“I am mainly a film shooter so I started with a medium-format Pentax 6×7 II,” says Sablin of the initial stages of Aunties. “I needed something smaller and lighter and less obtrusive so I could get the picture and get out of their way, so the second year I switched to a Canon EOS 5D Mark II.”

This need for a smaller, faster camera rang true for Shumway, too. “I started with a Hasselblad 500cm and later switched to the Mamiya 6,” he says. “The lens collapses into the body so it is easier to travel with. It was a lighter, smaller, quicker camera. The pictures are a little different but still the same style.”

The style you want is important to keep in mind, especially when working on a long-term project that needs to cohere. You need to understand the results that your camera and lenses produce, and mastering your gear will give you further ownership over your work. “At first I was shooting Nikon 35mm film camera—that changed when I needed to change the photographs,” says Holton. “I needed to slow down and pay attention to much more subtle things.” To do this, he switched to a medium-format Mamiya 645 film camera to make more purposeful work, and later to a Nikon D3X full-frame (35mm) DSLR for flexibility.

“When the photos changed, I changed; when the gear changed, it made me look differently,” Holton says. “Digital allowed me to photograph in low light and create darker, moodier images.”

Seeing familiar people or places through your camera can give you new insights. Such realizations may be hard to face. “I realized that having a family is really complicated,” says Shumway. “Watching my sister and her husband manage their kids and their relationship with your typical nuclear family is a difficult thing to maintain. I saw their marriage deteriorate over time; they’re divorced now.”

But photographing a subject dear to you can lead to growth. Holton says, “I now understand that we are who we are not because of some socially constructed stereotype but because of our personally unique histories and experiences. I am who I am because of my family history, while the Lams are who they are.”

And, if you are lucky, photographing from your own life can lead you to precious new connections with those around you. “When I was a kid I didn’t truly understand my aunts,” says Sablin. “They seemed cold and aloof and like they didn’t have time for me. It took days of being quiet with them to really appreciate them. I got to know them just by watching. The project let me love two family members that I really didn’t know very well before I began.”

Read more profiles like these by downloading the full issue of Popular Photography On Campus or going to PopPhoto.com/Campus