Tokyo Adorned By Thomas C. Card Abrams $40 Tokyo’s “Harajuku kids,” named for the neighborhood in which they congregate, are... 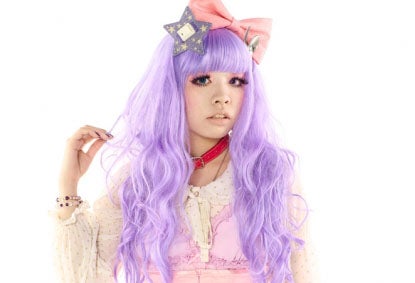 Tokyo’s “Harajuku kids,” named for the neighborhood in which they congregate, are known around the world for their loud and distinct fashion sense. Street-style photographers swarm their ranks, and pop star Gwen Stefani even appropriated the vibrant culture for her 2004 album Love. Angel. Music. Baby. But what drew photographer Thomas C. Card to Tokyo and its various fashion tribes was tragedy—namely the surge in self-expression that reverberated in the aftermath of the earthquake and tsunami that struck Japan in 2011.

In a culture centered around discipline and uniformity, the Harajuku kids celebrate personalization. In Tokyo Adorned, Card offers a micro view of the many girls (and a few boys) that populate this dynamic scene. Arranged mostly in diptychs juxta­posing full-body portraits with medium closeups, Card’s portraits of these young models against white seamless free them from context and champion their individuality. Outside the scene, they appear vulnerable yet self-assured. The attention to detail and craftsmanship (many outfits are homemade) astound, and Card’s style puts all of it on display—even painfully obvious colored contact lenses. One of the intro essays, by fashion maven Samantha Boardman, is titled “Clothes Speak Volumes.” For some, style is a tribal aesthetic, but others, like Kumamiki (above), have a stronger sense of ownership: She’s turned Party Baby into her own clothing line.