A Scottish photographer's view of China 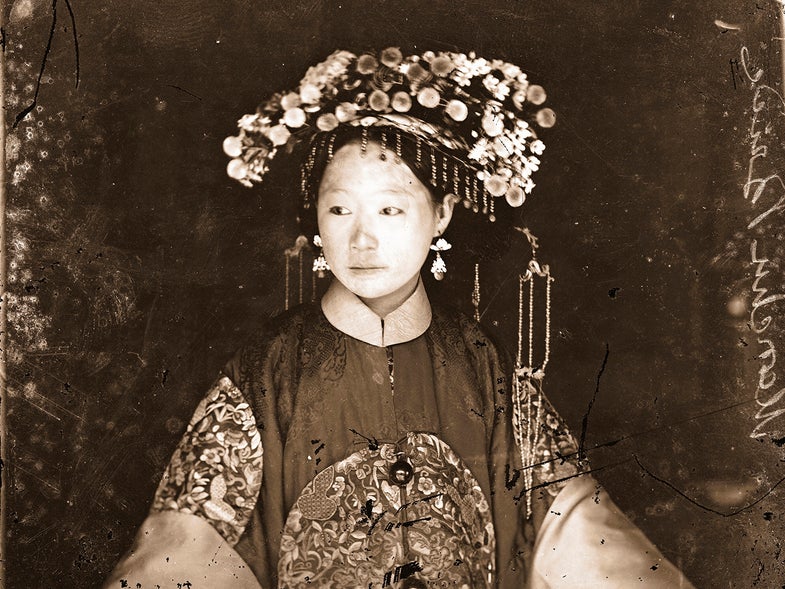 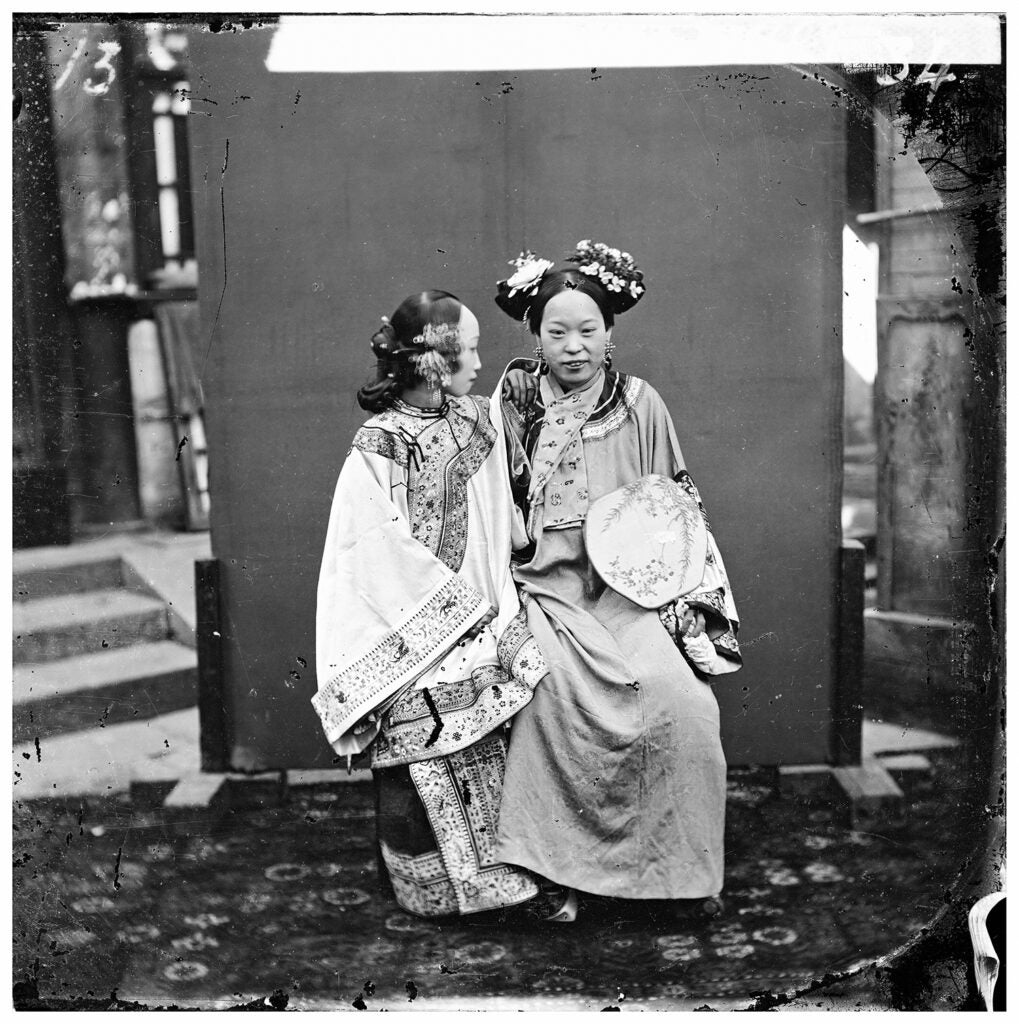 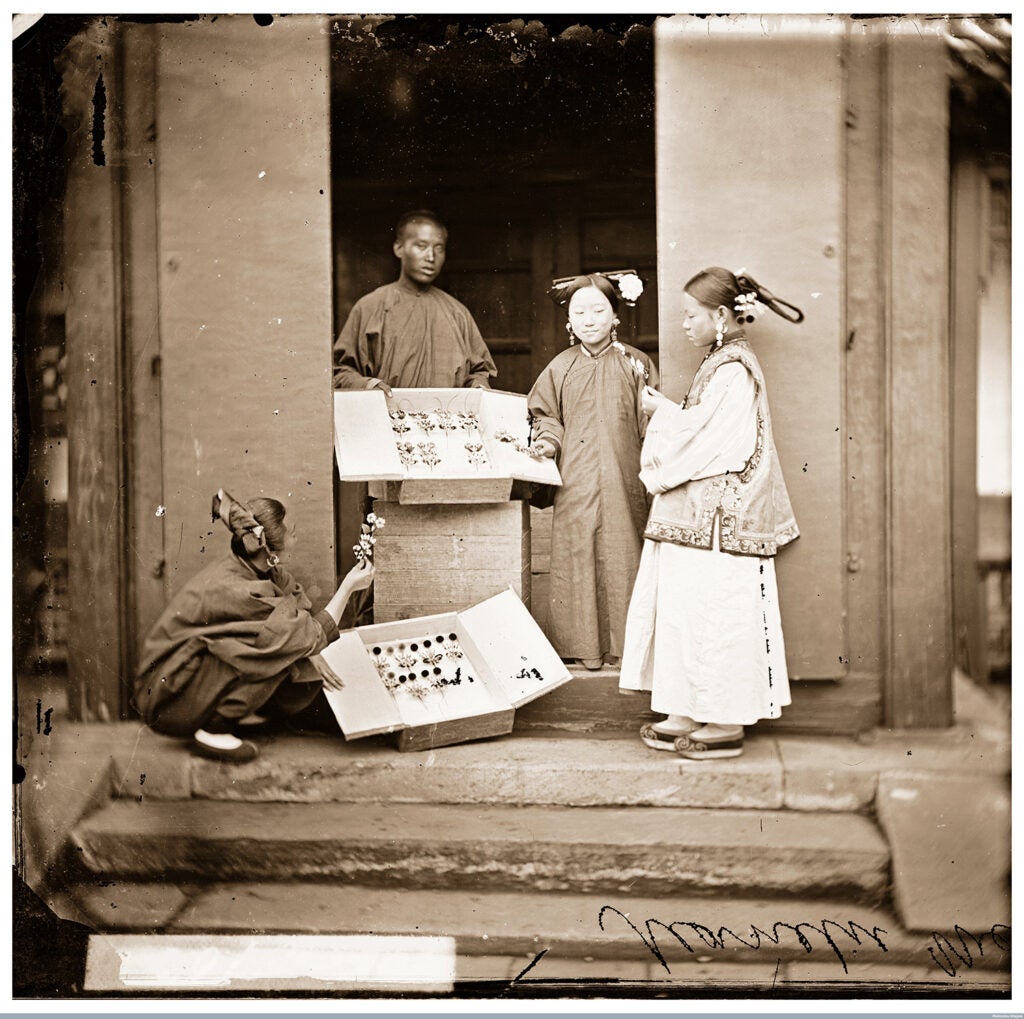 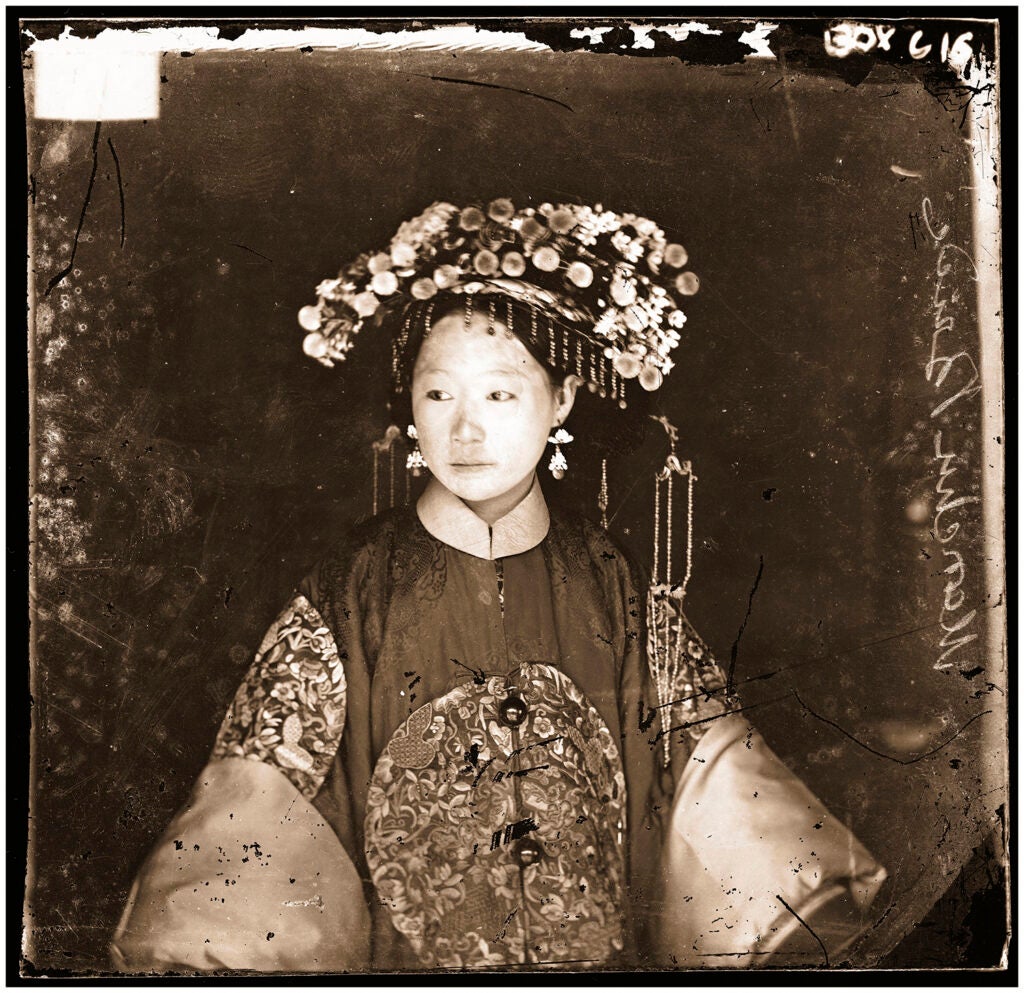 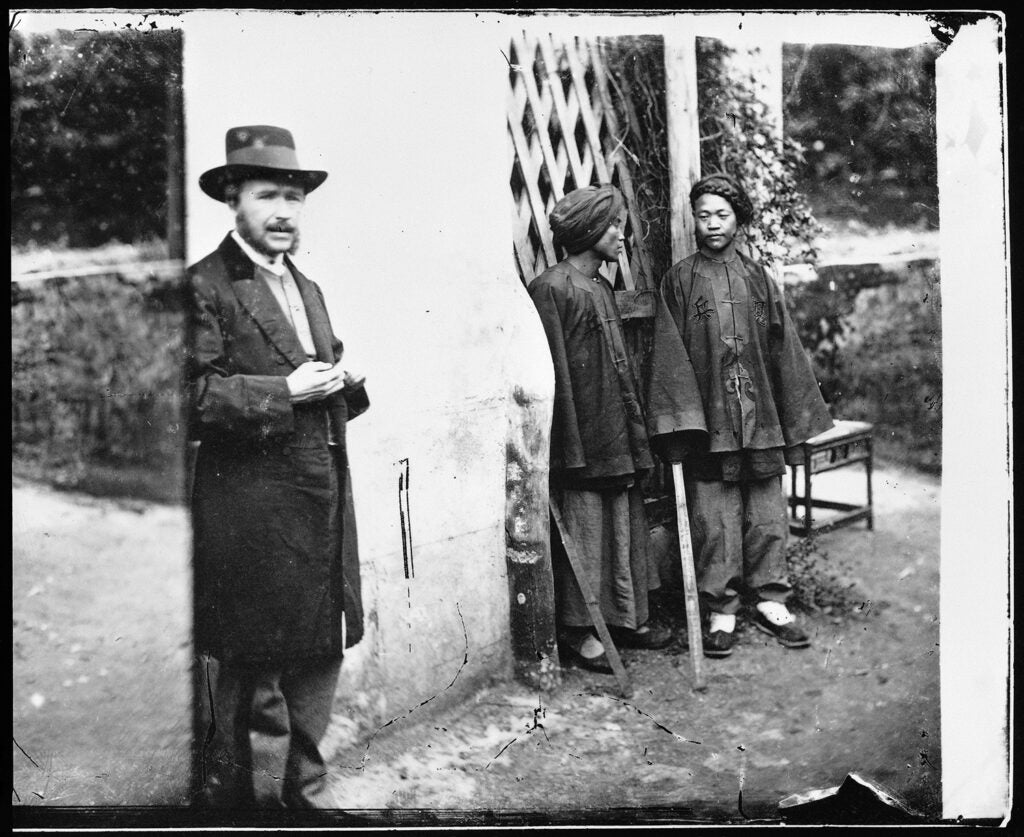 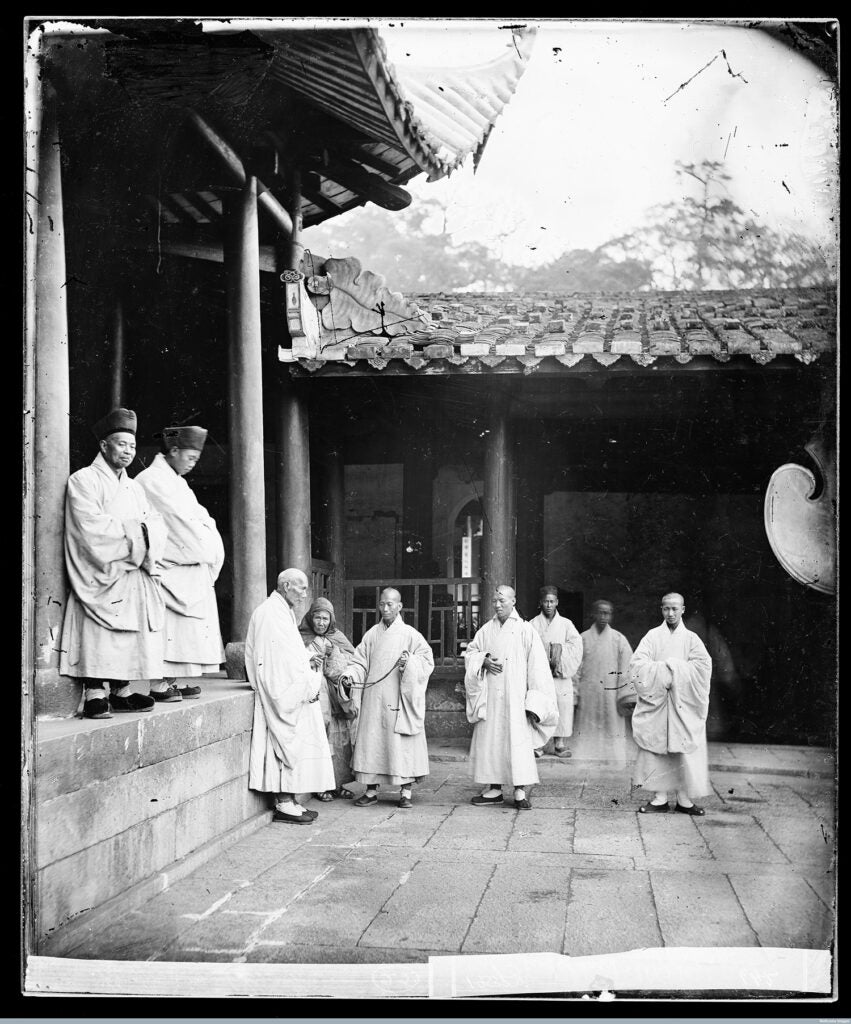 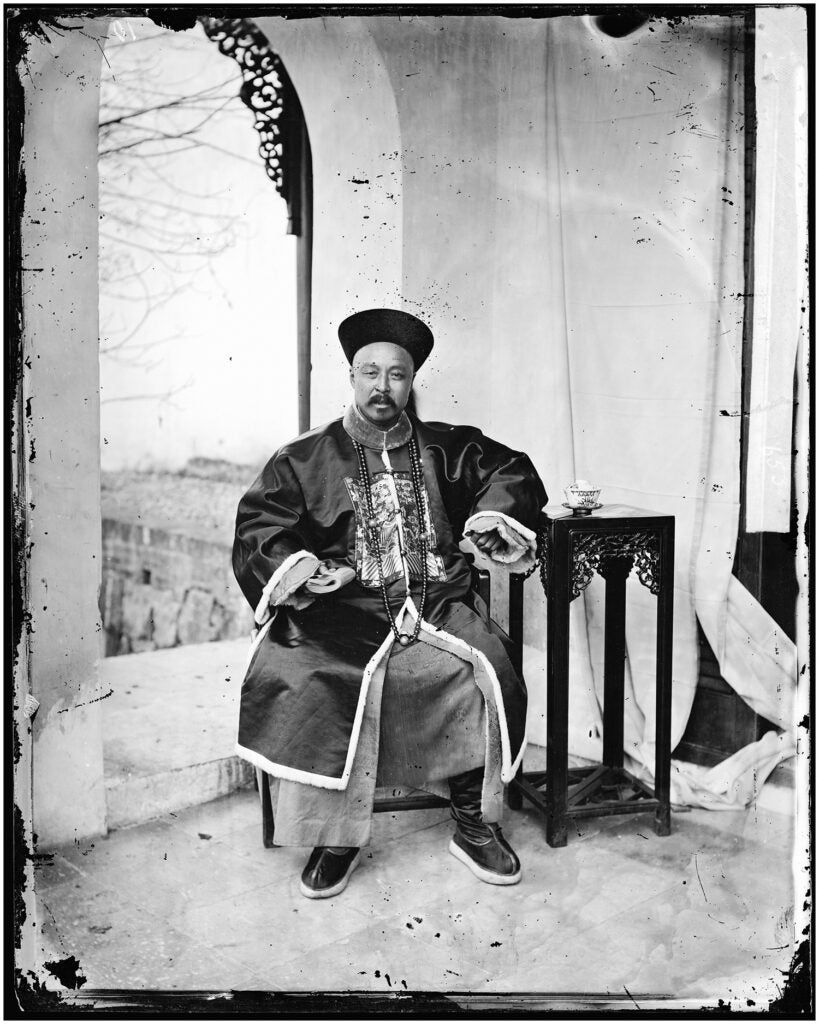 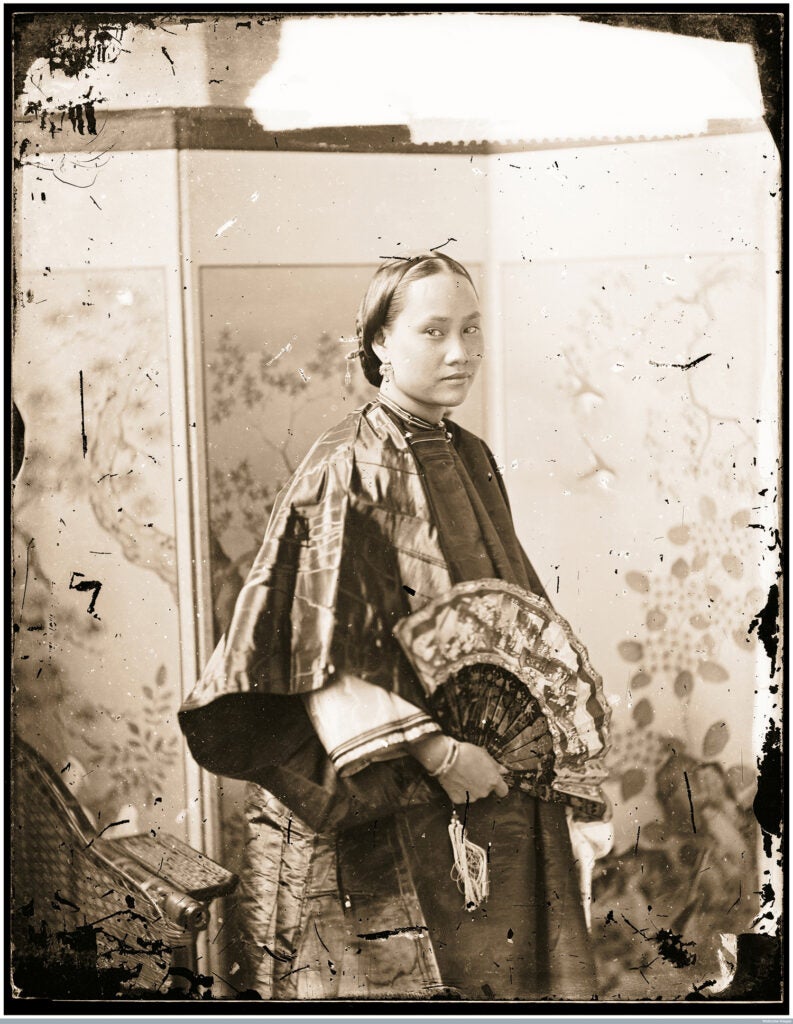 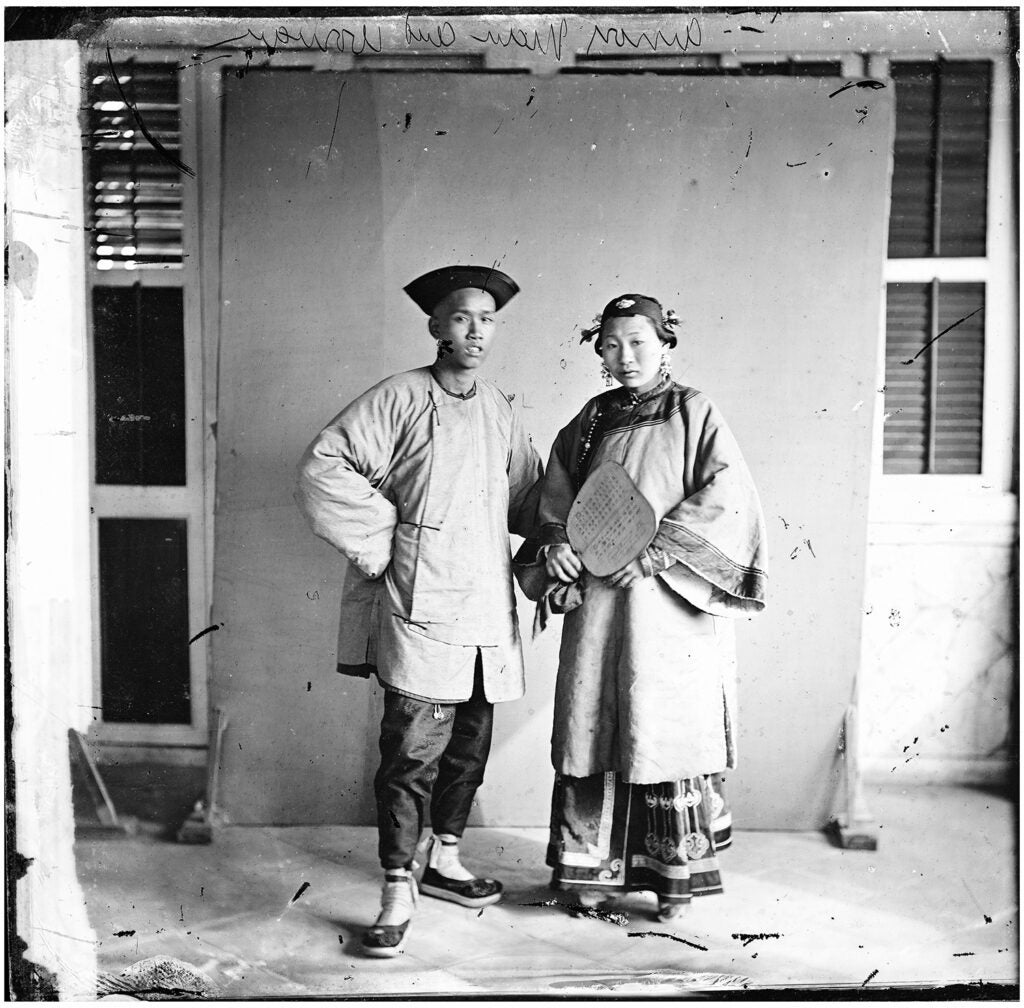 A set of portraits made over 150 years ago in China, and left in archives for nearly a century, will be on display along with Qing dynasty textiles in Washington, D.C. starting this weekend.

19th century Scottish photographer John Thomson traveled around the country with a portable darkroom, developing equipment and backdrops from 1868 and 1872, capturing a rare and intimate perspective of China and its people, from rich businessmen and government officials to women he may have met on the street.

The glass negatives he created during these years were the key to creating the exhibition: China: Through the Lens of John Thomson (1868 – 1872) that is opening at the George Washington University Museum and the Textile Museum’s exhibition this weekend.

“His work is part of the history of photography and especially photojournalism,” says Betty Yao, the collection’s curator. The upcoming exhibition will feature large prints made from Thomson’s original negatives, displayed alongside Qing dynasty garments, textiles and accessories that mirror those featured in the portraits.

To bring out the most from the material, Yao and her team created large-format prints from the original glass negatives without doing any cropping. Typically with glass negatives like Thomson’s only the central image is developed. “But we didn’t look at it like that,” Yao says. “I wanted to show you exactly what you would see if you could physically look at a glass negative, warts and all.”

The large images will show the entire background and scene, as well as notations written by the photographer himself. And for this exhibition, they’ll be displayed alongside textiles that represent the type of clothing worn in the photographs.

Although he was not the first western photographer to document life in China, he was unique. Other photographers at the time were typically missionaries or researchers. Not only would they stay in one place, but they typically photographed their subjects in a way that focused on their foreign features and “exotic” culture. Thomson was more interested in the people themselves.

Though he was born in Scotland Thomson moved to Asia in 1862, finally settling in Hong Kong in 1868 and setting off for a journey through China. Despite the difficulty of travel with so much gear and a serious language barrier, his images show a genuine interest in the people that is unique for the time period. The images also show the talents he honed as a young studio photographer in Edinburgh.

Yao says she was amazed to see portraits that would have required an unprecedented amount of access into people’s homes. Women of the Qing dynasty, for instance, were not often photographed, but he treated them the same way he did wealthy businessmen, government officials, or even average people.

“He was a great portrait artist with a great respect and a lot of humanity,” Yao says. “Whether they were very rich or just the common people, he treated them with equal respect.”

After four years in China, he returned to Britain to settle down with three heavy cases filled with roughly 600 glass A4-sized negatives. After his death, Thomson’s children sold them to Henry Wellcome, a wealthy American collector in 1921. They didn’t see many visitors until a curator showed them to Yao in 2006. She was so taken by the work that she decided to leave her job as the director at Asia House in London to take the images around the world. Since that time the portraits have been shown in 16 museums.

“The critical thing is that it’s not only Chinese people who appreciate it,” Yao says. “I think of him as a precursor to photojournalism in general, though at the time he had no idea,”.