Before There Was Google Street View, There Was Ed Ruscha

So, this is pretty awesome. Take any two points of road that have been mapped by Google Street View, and... 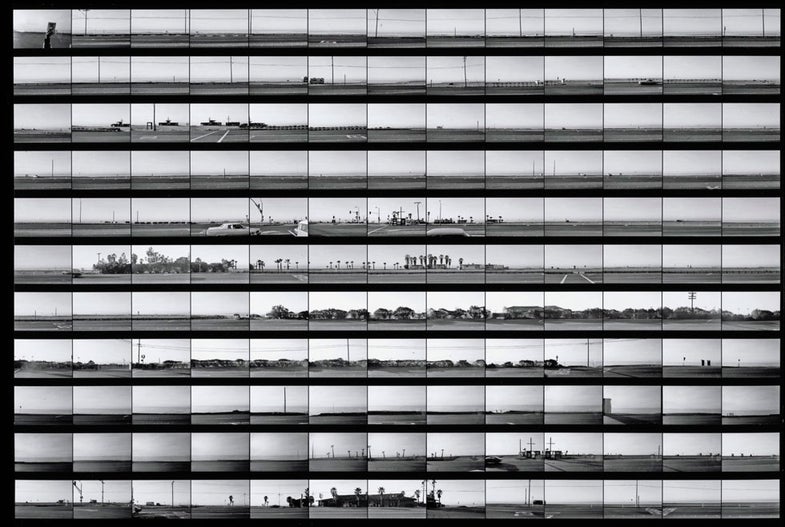 So, this is pretty awesome. Take any two points of road that have been mapped by Google Street View, and Hyperlapse will stitch together every photo taken between point A and point B into a full-motion video. An instant drive-by travelogue.

Remembering a time when this kind of magic wasn’t possible is increasingly difficult. But a new exhibit of Ed Ruscha photographs opening at Los Angeles’s Getty Museum today serves as a great reminder of how far we’ve come as careful observers of our own city streets, and how such observations have served as a starting point for so many interesting works of art.

In 1962, Ed Ruscha made straight-laced black and white portraits of gas stations along Route 66, starting at home in Los Angeles and finishing where he was born, in Oklahoma City. The ensuing book, Twentysix Gas Stations, was basically the first time an artist gathered work together on a singular, conceptual theme with little or no commentary and published it inexpensively. Now that format is well known to all visual artists, most of all photographers, of course, who with the help of services like Blurb can go from a stack of digital files to a beautiful, inexpensive monograph in just a few days’ time. 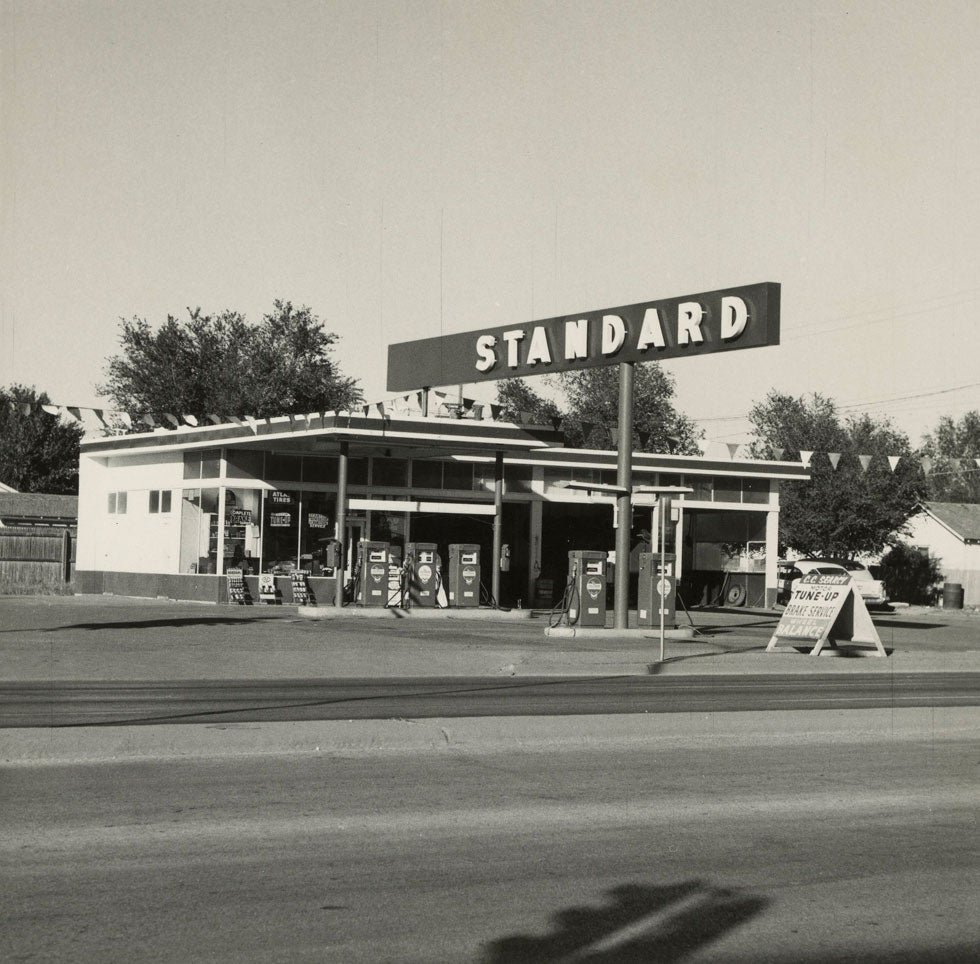 Ruscha spent much of the 1960s and 1970s continuing to explore humdrum urban landscapes, especially those of Southern California. With a special motorized camera pointed out the window of his car, he made a portrait of every building on Hollywood’s Sunset Strip and published that as a book, too (can you guess the title? Every Building On The Sunset Strip, of course; the format was a double-sided 25-foot accordion foldout, depicting both sides of the famed street). He gave a similar treatment to the Pacific Coast Highway, in which we see Los Angeles’s sprawl give way to the wide open ocean, all from Ruscha’s window.

Los Angeles’s Getty Museum, one of the best photography museums in the country, is a rabid collector of Ruscha’s work, and for good reason. In the museum’s “Streets of Los Angeles” archive sits over a million images and hundreds of contact sheets from Ruscha’s drive-by photography projects, as well as the galleys and outlines of the influential books Ruscha made to publish them. It’s a collection valuable not just as a document of a visionary, wildly prolific artist, but as an architectural and sociological portrait of Los Angeles in the 1960s, frozen like a time capsule for close study by architects, sociologists, cultural anthropologists—the list goes on. It’s from this collection that the exhibit “In Focus: Ed Ruscha,” opening today at the Getty, is sourced.

When not predicting the future of urban photography (and helping define New Topographics with Robert Adams and Stephen Shore), Ruscha was a major player in Pop Art painting, and has produced work in just about every conceivable medium—much of it keeping the landscape of Los Angeles as a central visual theme. In the Getty’s photo collection, you can see the meticulously—maybe obsessively?—gathered source material that fueled so much of Ruscha’s art. It’s fascinating to see how a calculated, comprehensive look at the urban environment can be the starting point for so much. There’s no doubt, then, that the countless artists using Street View imagery in their work today (Doug Rickard, most famously) will find plenty of interesting things to say about such a vast (but not unprecedented!) trove of visual information in the years to come.