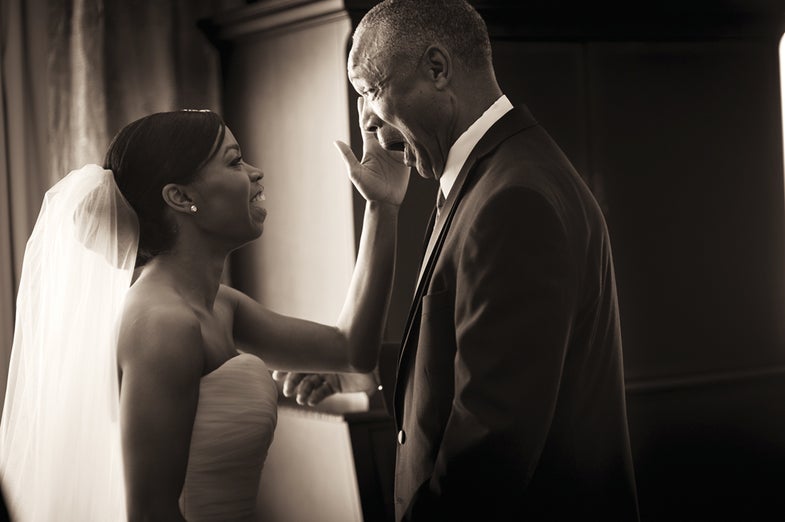 When former theater major Susan Stripling first went into wedding photography, she was anxious. “I thought I was wasting my college education,” she recalls. “Then I realized that everything I learned in college prepared me for it—not only the technical things like hanging theater lighting, but being able to anticipate moments. I spent four years learning how to manufacture moments, so I feel more prepared to see them unfolding in front of me when they’re real.”

Before she knew she wanted to be a wedding photographer, Stripling shot a wedding as a favor for a friend who couldn’t afford to hire a professional. When people saw her images, they started calling her for work. “I’d always thought that photography as a career had to be stiff and boring. I thought you had to own a studio and pose children with bunnies at Easter time.” As she shot more weddings, she realized she was having a great time and getting paid for it.

Stripling relies on her clientele to provide interesting scenarios and an endlessly varied cast of characters. The Philadelphia–New York wedding market she works is a plus: “I’ll go to a wedding where I’m 90 percent of their budget and they’re getting married in their parents’ backyard,” she says, “The next week, my fee is what the cake cost and it’s a 15-hour event with 10 different religious ceremonies.”

“I want people to look back at their pictures and remember how happy they were, to remember the moments that unfolded without prompting,” Stripling says. “I don’t want them to feel like the whole day was a photo shoot. I want people to feel like it was their day. For me the best compliment is for somebody to look at a picture and say, ‘Oh my God, I had no idea you were there for that!’ ”