In a stark departure from his classically-styled intimate documentary photography in the acclaimed book Uncle Charlie, photojournalist Marc Asnin embarked... 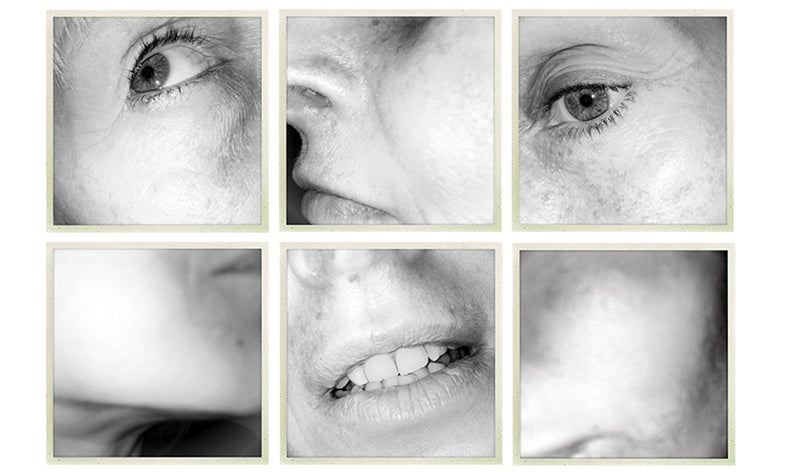 In a stark departure from his classically-styled intimate documentary photography in the acclaimed book Uncle Charlie, photojournalist Marc Asnin embarked on a project that had little to do with pictures. His latest book Final Words launched this week on the crowdfunding platform Indiegogo and features the last statements of 517 inmates executed by the state of Texas since 1982.

Minimally designed, with no virtually no visual data other than thumbnail-sized mugshots, the book is part of a larger project meant to raise questions about our national policy on the use of state-sanctioned death, reinstated in a 1976 Supreme Court case. It gives voice in the debate to the inmates, many of whom were convicted of brutal crimes—hardly an idea many commercial outlets in today’s cash-strapped publishing environment would be eager to fund.

“You can’t earn a living as a documentary photographer or even a magazine photographer anymore,” Asnin tells American Photo, recalling an affecting 1991 assignment to cover the death penalty for Stern magazine, which once paid to send him to three states over ten days. “Those days are gone, no one’s getting those assignments.”

This time, Asnin turned to government archives to illustrate the subject of his reportage. Texas, which boasts being the nation’s leader in capital punishments, is one of the fews states where the rate of execution has gone up recently, and they keep detailed, publicly accessible files on their death row inmates, along with the final words.

“This is a way for me to tell stories I’m interested in as a journalist, just in a different format,” he says. “Beyond making social change, if I’m going to be someone creative and try in this marketplace in the world we live in today in 2014, my approach is to use whatever’s in front of me.”

Despite coming out with a clear political opinion on the topic, Asnin says the work is firmly routed in the documentary tradition. “I’m not glorifying these people, a lot of people who are guilty committed horrific crimes, and ultimately if you read the book and you still believe that it’s okay to put them to death, that’s your choice.”

Never discounting the power of images, Asnin turned to social media to get the photography community involved. He partnered with the non-profit VII Assocation—through which he plans on distributing the book to high school students in states with capital punishement—and launched the awareness campaign, “Photographers Selfie Against the Death Penalty.”

Over the last few weeks, numerous photographers, some of whom are featured in the gallery above, uploaded selfies to the Final Words website along with brief statements completing the sentence: “I stand against the death penalty because…”

Some of those will be included in a related traveling exhibition that will have an interactive element where viewers can upload selfies and statements on the spot, in favor or against.

“It’s not about my generation,” Asnin says, “I’m not walking around taking selfies. But if a high school student sees it, and it talks to his language, God bless him or her. I think that’s the future.”

Pete Brook, who runs the blog Prison Photography, interestingly noted that in the campaign’s title, “selfie,” was being used as a verb. Perhaps unconciously, this positions a noun normally used to describe an artifact of contempory digital narcissism, instead as an action, as something that can effect and accomplish.

Visit www.final-words.org to see more and upload selfies against the death penalty. Support the fundraising campaing for the Final Words book and traveling exhibition on Indiegogo through November 25, 2014.