Street Photographs At the Heart of China

Ennio Morricone’s music is usually associated with the “spaghetti western” films of the 1970s. In a video which surfaced last... 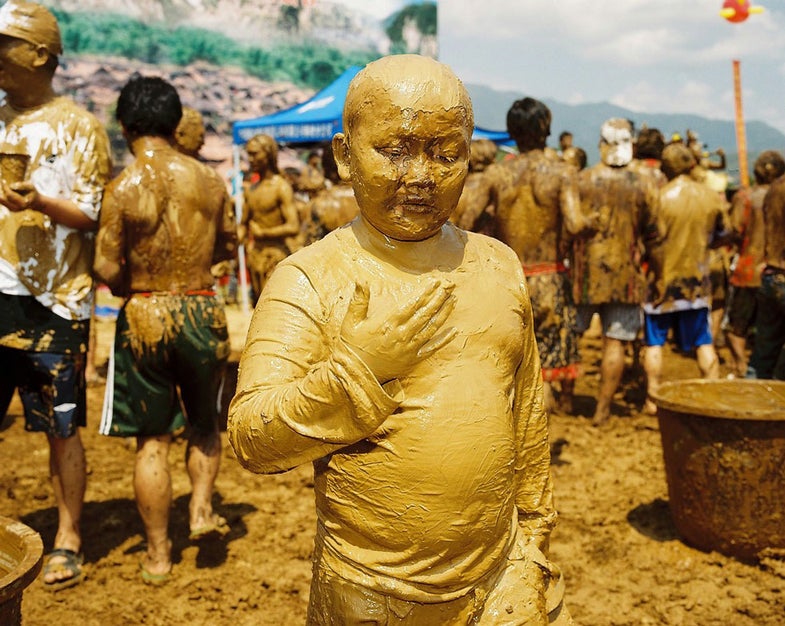 Ennio Morricone’s music is usually associated with the “spaghetti western” films of the 1970s. In a video which surfaced last year, though, Morricone’s music wasn’t used to score Clint Eastwood pulling the trigger, but rather ERIC, a Japan-based photographer, clicking the shutter.

Of course he wasn’t patrolling America’s Wild West: ERIC’s (we’ll indulge his creative capitilaztion) new book, LOOK AT THIS PEOPLE is a series of photos taken in China’s Yunnan province. It’s the end product of the photos that he took in the Morricone video, and watching ERIC burn through film, it’s not hard to see why the idea of photographer-as-gunslinger might be a a good way to think of his work. ERIC is shooting in the tradition of street photography, which often values instinct, quickness of hands and no small amount of bravery to take the shot–all qualities of which Eastwood would certainly approve. He has a real passion for shooting, even wading into a regional mud festival for the sake of the shot. His camera may not have survived the event, but the pictures did. The reaction of a YouTube commenter sums up his dedication pretty well: “Wow! Photograph like it’s your last day on earth!”

Although ERIC was born in Hong Kong, he did not visit China until the buildup to the 2008 Beijing Olympics, when he took the photos that would become a book called GOOD LUCK CHINA. He’s made another book about China, but LOOK AT THIS PEOPLE focuses on life in the Southern Yunnan region. ERIC says that he was drawn to the special way of life there, and that the book is really trying to communicate some sense of what these people are like. ERIC put together a selection of photos from LOOK AT THIS PEOPLE (see gallery above) and answered a few of our questions over email. (Questions and answers are translated from Japanese.)

LOOK AT THIS PEOPLE is published by Akaaka, and can be purchased through Japan Exposures.

Street photography is becoming a bit more popular now, but you’ve been doing it for a while, right? How did you come to this style, and are there any photographers in particular who have influenced you?

I started shooting this way in 2003. I think that photography is meaningless if you can’t create a stronger impression than what your eyes see. Photography should be about more than simply going outside and seeing some good stuff. As for photographers, I like Hiromi Tsuchida. [Note: Tsuchida’s Zokushin_ is an excellent example of “straight” Japanese photography. He’s one of my favorite photographers as well._]

What are some of the differences between GOOD LUCK CHINA and LOOK AT THIS PEOPLE?

First of all, these photographs were all taken in China’s Yunnan province. I feel that the people of Yunnan have a special way of life. If I had to say it in just one word, I’d say that these people are really humane. Many people who live in big cities direct themselves carefully, but in Yunnan that’s definitely not the case. I felt very attracted to this style of living.

You were born in Hong Kong but now live in Japan. Do you feel closer to Chinese people or Japanese people?

I was born in Hong Kong, so that’s how I identify. I’m not Chinese. On the surface, I’m Japanese, but in my roots I feel an affinity with Chinese people.

Why do you want your audience to LOOK AT THIS PEOPLE? Is there some particular meaning you’d like a Japanese audience to see?

I wanted Japanese people to know about the people of Yunnan. If there’s a message to the work, it’s to say, “hey, check out these people that I shot!” 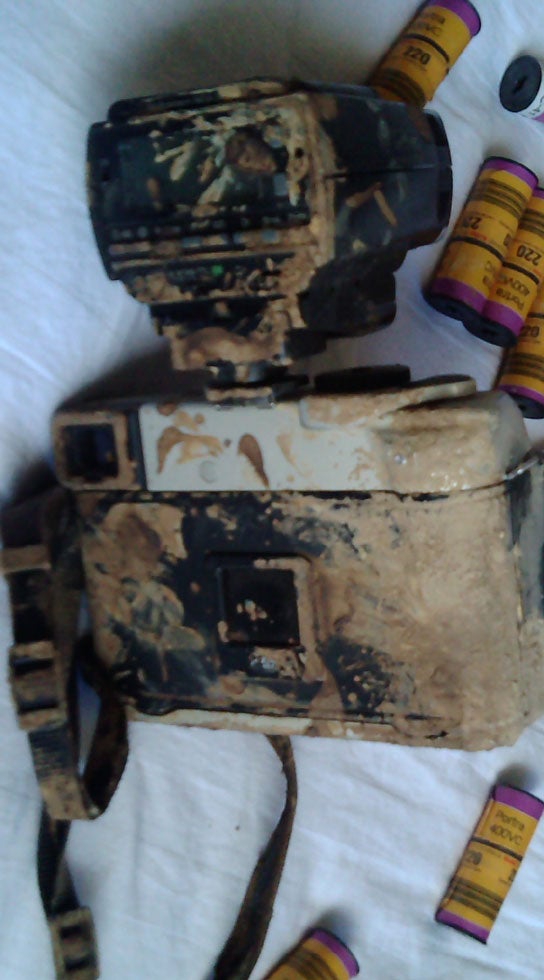 The mud festival looks pretty wild. What’s going on there?

This is a really old tradition in Yunnan. The mud is a symbol which is meant to protect people against attacks from wild beasts. In general, the festival is for people to pray for good health.

Why is there a camera-toting policeman in the middle of all this?

Your camera must not have surivied.

Yeah, definitely – it got filled up with muddy water.

What kind of reaction did you get from people at the festival? It must be a little strange, in the middle of all this mud, to see some guy with a big camera.

I didn’t get any reaction at all. I guess I’m an invisible man!