Sorcerer’s Apprentices: Pros Share What They Learned from the Legendary Mark Seliger

6 former interns and assistants on how he launched their careers 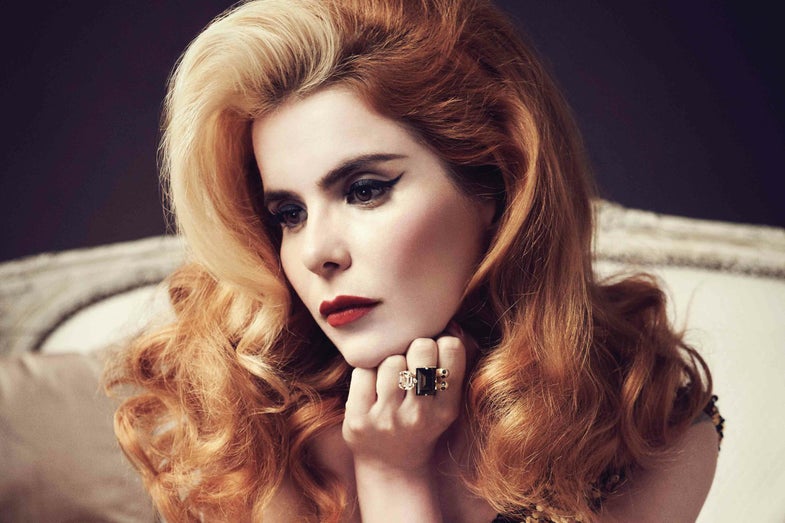 Perhaps one of the best tickets to a job in photography is to intern or assist for a professional. Mark Seliger, who’s photographed everyone from Kurt Cobain to President Obama, is one of the best. Seliger himself has approached his entire career as a learning experience.

From Fred Damon, the journeyman Seliger interned for during high school in Houston, to John Madere, a corporate and advertising shooter in New York, Seliger credits his apprenticeships with teaching him what he needed to know to launch his career. “It was much better than grad school,” he says of the experience.

Over the years Seliger’s own studio has been something of an incubator for young photographers, giving each what he or she seemed to need, whether that was relentless hours of work or understanding how to roll with the punches when things go wrong. Just as Seliger was shaped by Fred Damon and the countless photogs he assisted in his early days in the city, so has he has gone on to help mold the next generation of photographic talent. Here are six who owe their careers in part to their work with this mentor.

“I went to Brooks Institute, which is a great photo school, but it’s all theory until you get out there in the world. Mark spent five years grooming me, and it was a big sacrifice for him to not go with a guy who had more experience. But the last three years I was in his studio were great, and he had someone he trusted implicitly, and who knew the way he worked backward and forward.

Mark’s most amazing ability is to connect with the subject and to deliver what he wants. It doesn’t matter if it’s a homeless guy or the president of the United States. Mark has an amazing bag of tricks to connect with whoever is in front of him. That energy and presence was what I learned the most from. It was amazing to see someone maintain that level of inspiration and commitment to their craft.”

“I met Mark in a week-long workshop in 1997. It was fascinating to see his process and hear his stories. When he mentioned he was going to be in Los Angeles the following week to shoot Courtney Love for Rolling Stone, I begged and begged to be on the shoot. He let me come as a production assistant.

Mark is one of my best clients, but he’s also a mentor and a friend. He’s like family to me. He helped shape my life to be what it is today. I’ve never met anyone else who works as hard as he does. I honestly don’t know when he sleeps. He’s on a plane all the time. He’ll fly to Europe and be there for one day, then fly back.

I think he saw my passion and my willingness to learn, my willingness to do whatever it took. When I got the phone call that he was going to be in L.A., I dropped everything and made myself 1,000 percent available to him. I knew it was important.

“I was a student at Parsons, where I studied communication design. I thought I wanted to be a graphic designer. During school, I shifted gears toward photography, and by the end of it I was thoroughly confused. It really was fortuitous that Mark and I came together when we did. I fell into this position organically. I didn’t understand the breadth of what it is to be a photographer. I was really unaware that being an archivist was even a possibility.

Mark is a very socially intelligent person. I think it’s definitely a part of why he’s able to produce the kind of portraiture that he does so consistently. He’s really able to get in there and unlock people, to get them to show a bit more of themselves than they normally would. And that absolutely transfers over to the employees here at the studio. He can recognize that yes, you can do that, and here’s how we can get you there. It’s an amazing quality.”

“He expects a lot out of you. Working for him is really intense. I met Mark on a commercial shoot he was directing. I didn’t even know who he was, but somebody told me I should offer to be an unpaid intern just to get to New York City.

He leads by example, just in terms of his schedule. I think 80 percent of his assistants thought they wanted to be photographers when they started with him. But to be a professional photographer, it’s more than a full-time job; it’s your entire life. People either came for a very short period or stayed for a long time. I ended up wanting to retire from producing because with Mark I did everything I wanted to do.”

“School was totally applicable, and I think studying photography is great. But what I’ve learned from Mark as a mentor and boss is immeasurable. It’s about the reality of booking crews, booking locations, making sure we have all the power we need; knowing where the sun falls at what time of day at a certain location, when to get in, when to get out. And when things go wrong it’s always on me to get it fixed in the heat of the moment.

Most of what I’m trying to learn is the way he interacts with people. It’s a very difficult job. Mark knows how to turn someone around who walks on set tired or not in the best mood. It might take hours, but once he gets them there, it’s smooth sailing.

Mark has a lot to teach and I still have a lot to learn. It can be super stressful, but at the end of the day, we break it down and talk about it and we always get it worked out. And you get to meet amazing people. When I turned 24, we were in Dublin, Ireland, shooting U2. That night we had dinner with the band. I’m going to have cool stories to tell the grandkids.”

“I worked for Mark assisting for about a year, and it was life changing. He was a really hard worker and he never accepted “no.” He often paid more of his own money than he was paid for the shoot. I really learned about dedication.

I remember a period working on a story for Rolling Stone called “Heavy Metal Nation.” We’d fly out to California and work for 10 nights, then fly back to New York on a redeye and start the whole thing over. They were long hours, but that’s what it took to do the job. You don’t look at it like you’re getting paid X amount for X hours. You’re making contacts, you’re meeting people. There’s no school for that. You simply have to immerse yourself in it as an apprentice. You’re there to learn from him and you have to put in hours. Mark doesn’t look at a clock. He’s there till the job is complete.

You’ve got to take advantage of little opportunities that might not seem like they’re going to have much payoff right away. Make an effort to work with really great people. You’re not going to learn just the craft of what they’re doing; it’s the whole process. Then you can build on that for yourself.

Flexibility is key. If you’re not fulfilled in what you’re doing, you’ve got to discover some- thing new you like doing. When I got out and showed my shooting portfolio, I would be hired for things that were completely different from what I was working on. As an artist I wanted to produce my own work, so I decided I was going to do that while focusing on printing and retouching as a career. It wasn’t an intentional thing; I just found I enjoyed doing it.”