Before the young Shael Stewart came on the scene, no one in Uganda skateboarded. Rollerskating was the preferred wheeled recreation,... 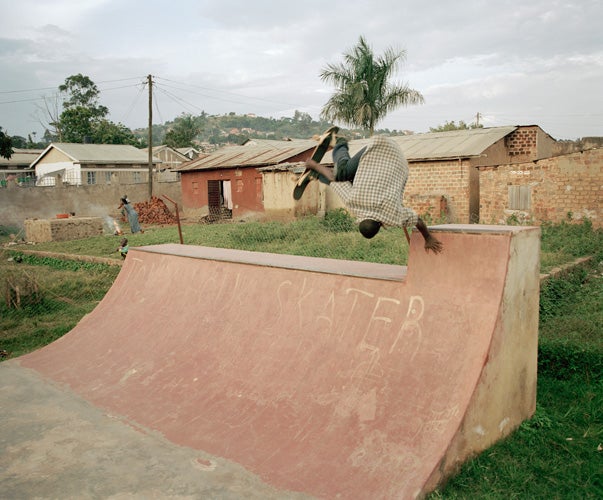 Before the young Shael Stewart came on the scene, no one in Uganda skateboarded. Rollerskating was the preferred wheeled recreation, actually, and the place to do it was the parking lot of Mandela National Stadium in the capital city of Kampala. Also known as the only decently maintained, car-free patch of concrete in the country.

So it was rollerskaters who Stewart, a South African student, encountered in the Mandela Stadium parking lot when he visited Uganda in April of 2006. He’d brought his skateboard along, and the kids in the parking lot were hooked immediately. Making Stewart patient zero in the innoculation of skateboarding culture into the suburbs of Kampala. 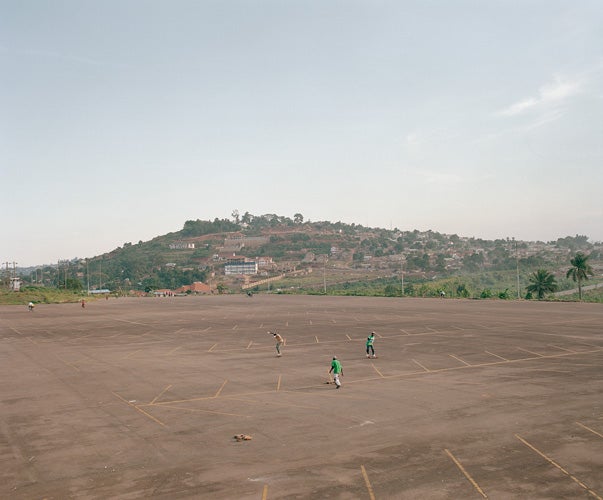 One of those Ugandan kids Stewart met at Mandela Stadium was Jackson Muribu, who lived in the nearby working-class suburb Kitintale. The two of them would soon embark on building their own half-pipe there (“a house for crocodiles,” Jackson told curious neighbors and suspicious tax collectors). When it was finished, it was thought to be the only half-pipe to exist in all of East Africa.

How Yann Gross, a Swiss photographer and skater himself, happened upon Kitintale is one of those stories of just-plain-luck you might attribute to divine intervention, if that was your thing. With his girlfriend (also a skater) needing relief from the chaos of a job in the conflict-ridden Congo, the couple took a relatively relaxing trip to Uganda. After a bit of research on where they might practice their favorite hobby while on vacation, they found themselves in Kitintale. All it took was an inquisitive phone call; Jackson and his friends were more than happy to welcome their fellow skateboarders. 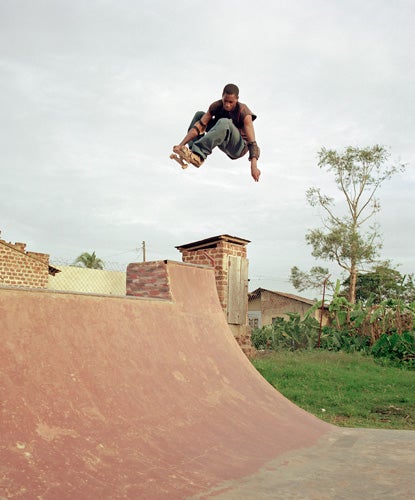 And that leaves us with Yann Gross’s “Kitintale,” a thrilling photographic record of the unlikely teenage skateboarders of Uganda. Photos from Gross’s first and many subsequent trips to Kitintale were published in a nice newsprint volume last year, but the project is ongoing. It hasn’t been all that easy for the skater kids of Kitintale–weather has beaten down their halfpipe, and in certain public places in Kampala, they can still be turned away for bearing “weapons” (their boards). But the publicity due in part to Gross’s photographs has helped support what has been a hugely positive development in these kids’ lives; Gross mentioned to me that a German foundation had recently stepped in as a significant backer. And now, when you Google “Kitintale Uganda,” the first thing that comes up is the Kitintale Uganda Skateboarding Union. Pretty amazing. 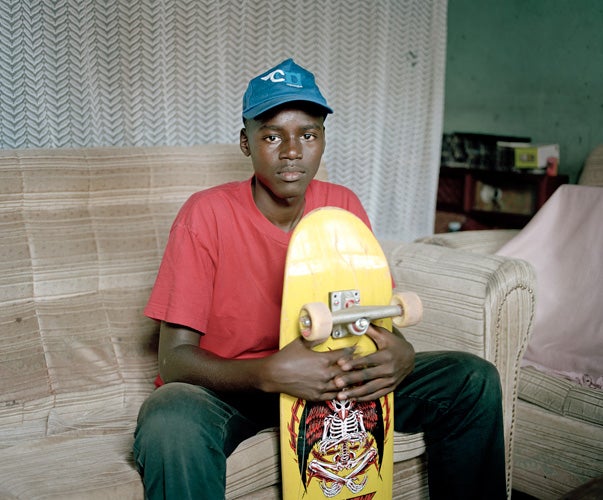 Gross’s “Kitintale” is part of an truly incredible collection of African photography–both of Africans and, more predominantly, by Africans–on display here at Paris Photo. And while Gross may fall under the traditional “outsider” category, being a white European male photographing in Uganda, his photographs depict an obvious shared intimacy with his subjects: they’re all skaters. And it’s us, the viewers, who are able to marvel at such a traditionally powerful western cultural force–teenagers on boards–as it’s appropriated in a brand new way in Africa.

You can donate to the Uganda Skateboard Union at ugandaskateboardunion.org/