See the Winning Images of the 2015 Deustche Börse Photography Prize 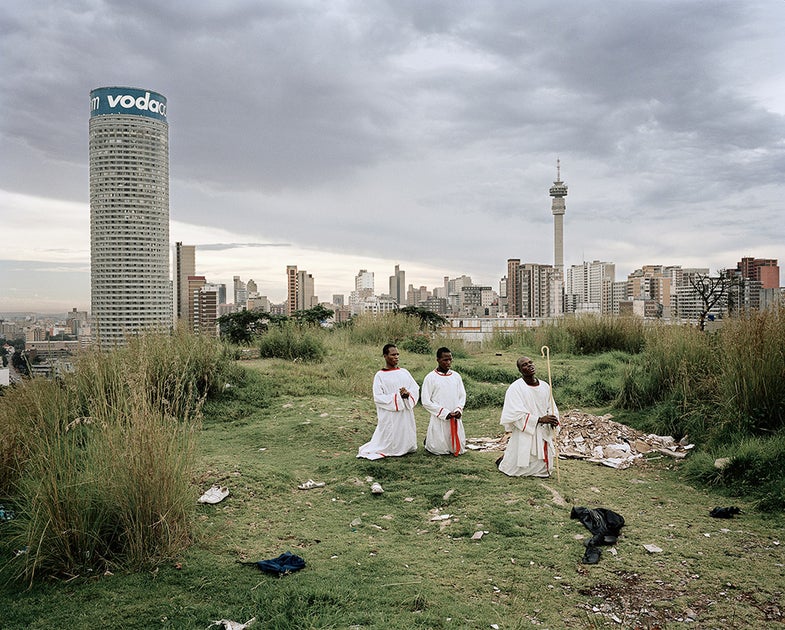 This year’s Deutsche Börse Photography Prize was awarded to the duo Mikhael Subotzky, a South African photographer, and Patrick Waterhouse, a British artist, for their ambitious book, Ponte City. Published by Steidl, the tome weaves a transmedia narrative about the complex social history of South Africa’s most notorious and mythical housing block through photos, essays, and an extensive archive of found material and historical documents. It is part of a long-term, and in some regards obsessive project that was memorably installed at the ICP Triennial in 2013 as a series of 13-foot light boxes showing 600 typological images (Windows; Doors; Televisions) replicating the 54-story cylindrical tower—”floor above floor and flat by flat.” Prior to that it recognized with the Discovery Award at Rencontres d’Arles 2011.

All the shortlisted photographers are being exhibited at London’s Photographers’ Gallery through June 7, 2015, and at the Museum für Moderne Kunst (Museum for Modern Art) in Frankfurt from June 20 – Sept. 20, 2015.