The very best news photographs from the last year 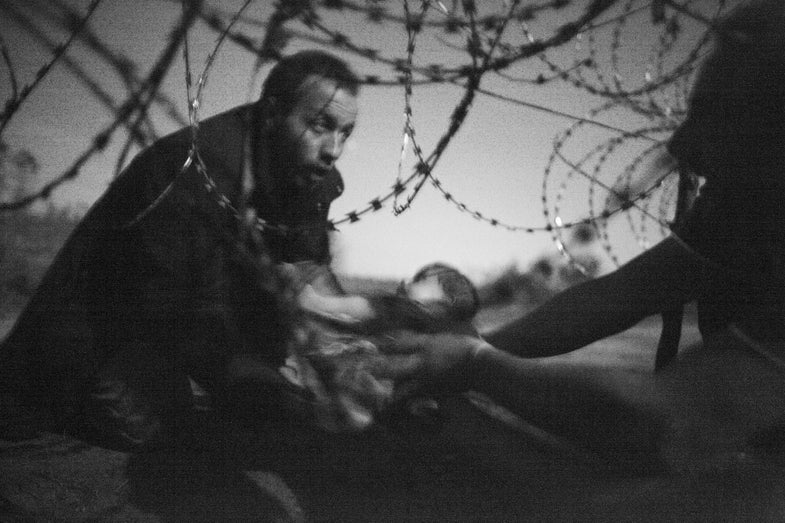 In the past few years, the World Press Photo selections have been surrounded with a fair bit of controversy. Even as the contest has continued to evolve and change, the caliber of the work remains unwavering. The honorees include a breadth of work from hard-working photographers across the globe, encompassing a wide range of topics.

This year’s top honoree is photographer Warren Richardson whose image of a man passing a baby across the Hungarian-Serbian order through a coil of razor wire fencing. The shot—lit only with moonlight—wears its grain and blur with pride as testaments to the truly harrowing conditions under which is was captured.