Sean Marc Lee, How You Living?

In the last installment of “How You Living?” (which was also the first) we heard about Jin Zhu’s experiences freelancing... 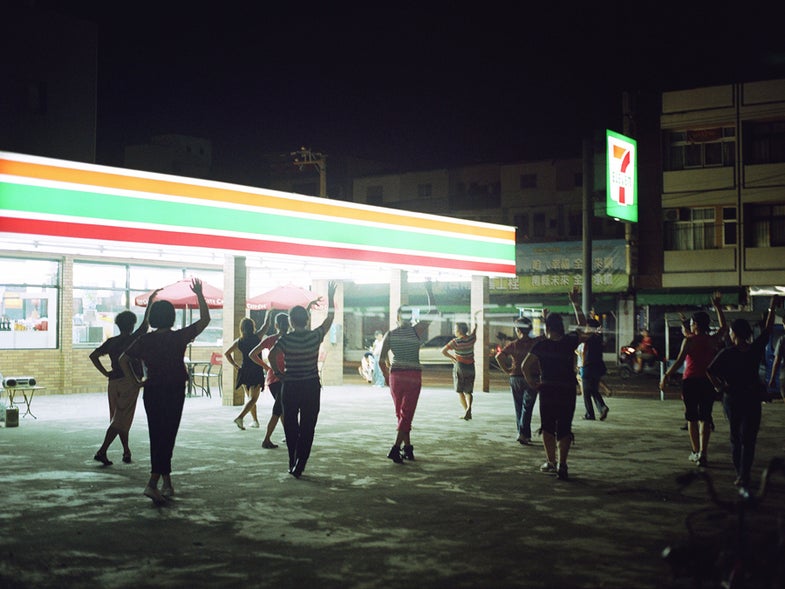 In the last installment of “How You Living?” (which was also the first) we heard about Jin Zhu’s experiences freelancing in San Francisco. This time around, we’re checking in with Sean Marc Lee, who’s lived in Taipei for nearly two years, pursuing his own personal work while working in the studio of a National Geographic photographer who we actually featured on American Photo before. Sean is also a regular contributor to the Wall Street Journal.

In our conversation, Sean touched on the challenge of finding time to pursue and refine a personal vision. This makes me realize that I probably should clarify that my idea for this series is to focus on photographers who are actively trying to build a personal (or perhaps “artistic”) body of work outside of their professional commitments. Of course, for some people, the goal might be to make one’s “professional commitments” equal one’s “artistic work.” That’s certainly easier said than done, as Sean points out.

Did you study photography in college?

I studied film and visual arts, thinking that I’d be involved in the film industry in some way. I moved more towards photography after I graduated, because I found it more practical to do on a smaller and personal scale. My college was very much focused on critical theory and cultivating a personal voice, which means that they didn’t really teach much about how to use cameras or practical production. All that I had to pick up myself.

And how did you do that?

Just shooting, I’ve always had some sort of still camera since high school. There were frequent trips to the library for photo books, before Google. [laughs] I took some classes here and there in college, intro black and white and some basic color photography, both had darkrooms. After that it was all just trial and error. I watched a lot of films too, so that was where most of my inspiration came from. But I haven’t touched a darkroom since college—and I don’t think most people touch them at all now. With the internet, it’s “easy” to learn things now, because someone else has done all the research for you. But the one thing the internet has a hard time teaching is a personal voice. 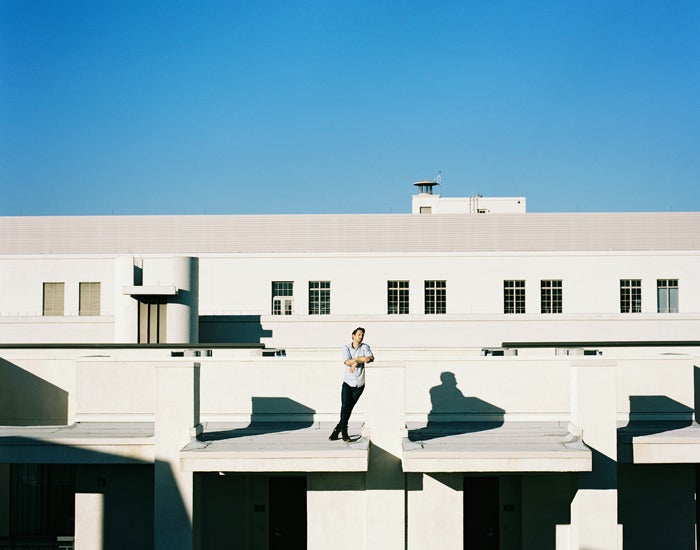 I work full time, 40 hours a week, then I mix in both freelance and personal work on the side. I help run a studio for another American photographer—you featured his book! I handle his archives, stock collection, some retouching, in other words work that doesn’t pertain to shooting. Aside from that, I’m trying to keep busy, trying to edit things that never get done. I’ve been trying to put together a small photo book of my first year out here. You can imagine that after looking at a monitor for 40 hours a week, when you come home it’s difficult to look at your own stuff, much less edit it. I have a wall of photo thumbnails that’s been up there for months. The guy I work for understands all of this—he always says, “if you need some time off to do something, just let me know.” But you know, I have bills to pay.

How did you find that job?

After college, when I lived in Los Angeles I worked in DVD/Blu-Ray post-production, so I already had a lot of Photoshop skills from that, as well as from my own work. I’ve always had that to fall back on, work-wise as a day job. Moving out here though, I didn’t have that to lean on and nobody really wants to teach English—no offense to you!

My first two months, I thought “Oh man, I have to get a job teaching English or leave.” On a whim, I checked out Craigslist in Taiwan, which has almost no activity, and I saw a posting: “Need Studio Manager/Retoucher for a National Geographic Photographer.” I thought, “OK, I’ll give it a try.” That same day I sent my resume in and was called in for an interview, and that was it. I lucked out. 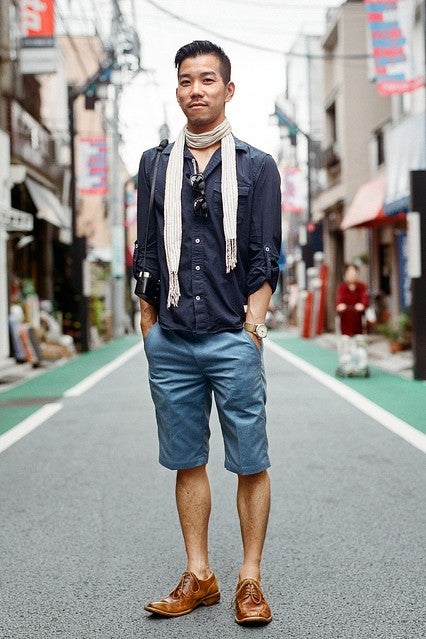 I’m very fortunate. I can’t complain because it’s allowed me to stay here for almost 2 years and I’ve learned a lot from it. It’s funny because if this was in Los Angeles, or New York, I know my resume would probably be lost in the sea of applicants who are equally, if not more qualified.

How about the Wall Street Journal posts? How frequently are you doing that?

It’s been about every two months, though I think as of this year they want to do it every month. They want eight people a month. It’s great for side money and a chance to get out and meet people. It’s just when you work a full-time job you have to figure out how to fit it in to your schedule, rainy days included. I’ve also shot culture stories for them as well.

Is that what you want to do?

I can do it and put all my effort into it, but it doesn’t necessarily excite me on an artistic level. For me, I’m still shooting stuff I see personally, to find what my own thing is. I suppose it’s all part of the self discovery aspect of your own work.

So, you have a full-time job, then a not-insignificant amount of other part time work. I’m just wondering—and you’re probably wondering the same thing too—how do you find time for yourself?

I don’t know. There is very little time, because when you’re doing all this other stuff, the line between what’s yours and what’s for other people becomes very blurry.