Scenes of Ice and Fire

Though she speaks quite elegantly, Silja Magg does not enjoy talking about herself. In fact, one of the first things... 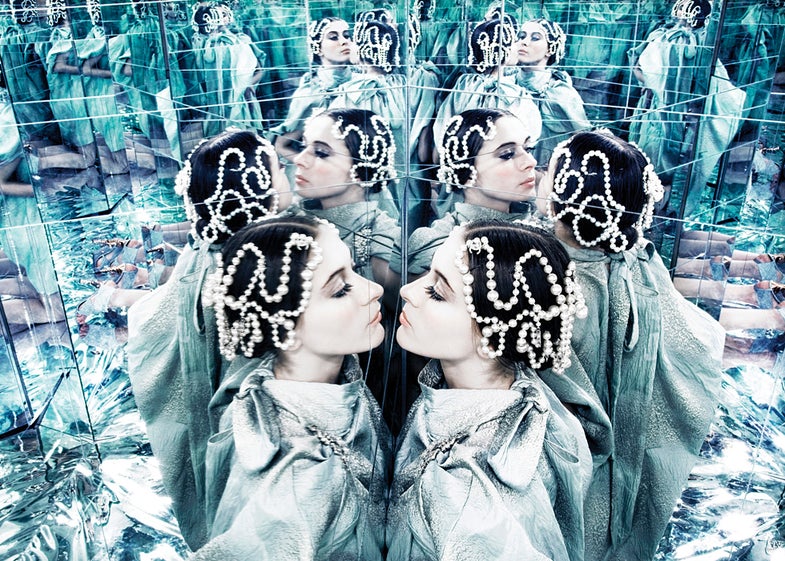 Though she speaks quite elegantly, Silja Magg does not enjoy talking about herself. In fact, one of the first things she says in our interview is “I’m terrible at this.” Luckily she has her photos, which speak with a unique mixture of high-fashion gloss and dreamy softness. Her ability to merge editorial edginess with commercial polish has established the 29-year-old Parsons graduate as a rising talent in her adopted city of New York, where she’s quickly infiltrated the insular world of fashion photography.

Indeed, since wrapping up her BFA in 2010, Magg has built a client list that includes such high-end retailers as French Connection and Barneys New York, as well as cutting-edge industry publications like Jalouse and VS. Magg’s innovative work in video and stop-motion animation rounds off an accomplished practice, while most recent grads are struggling to put a book together.

Then again, Magg is hardly an industry novice. “My father is a commercial photographer in Iceland, and so is my brother,” she says. “I initially became interested in styling, but my father had a studio and I had access to his equipment, which was very tempting. I sort of just knew I wanted to do everything myself—to create pictures. So I started working, and it just kind of grew.”

After growing up outside Reykjavík, Magg briefly rebelled against the family trade, enrolling in a business program at the Commercial College of Iceland before coming around to her calling, then striking out on her own for New York to immerse herself in school and develop her eye. By this time, Magg had a strong European client base, including Vodafone and Visa, but still followed her instincts to pursue academics in America. “In Iceland, I was always working for someone else,” she says. “But in New York and in school, you have all this time to yourself, you’re discovering yourself and figuring things out. You can really maximize this time and find all the inspiration you need. School was like a therapy for me, and it was freedom.”

The gamble paid off, unleashing a new wave of creativity for Magg and honing her technical skills and the versatility needed in the fast-paced world of fashion. It also plugged her into a network of like-minded creatives. “Fashion photography involves a lot of people, including models, stylists, art directors,” she notes. “I work with a lot of the same people all the time. You build intimacy and trust. We all know what we’re capable of.”

Magg has meanwhile ventured into music videos and moving-image editorials, an increasingly important aspect of fashion work. “I got this old 8mm camera and I tested it out while on a shoot,” she says. “I was working for a London brand, and they asked me to make a short film. But I also enjoy films that are more personal, sort of just for me.”

Magg, who lives in Williamsburg, Brooklyn, in a loft that doubles as a studio, is clearly making her mark but remains modest, only mentioning projects offhand, like a recent trip to London to shoot a high-end handbag campaign for Moncrief. “And there’s the book thing,” she says, referring to an upcoming collaboration with Parsons involving portraits of such high-profile graduates as Anna Sui and Proenza Schouler. In all Magg seems content to let her photos do the talking, saying simply, “People’s images reveal a lot about them.” AP

Silja Magg
siljamagg.com
Lives In Brooklyn, NY
Studied At Parsons The New School for Design; the Commercial College of Iceland, Reykjavík
Clients Include Barneys New York, Botkier, French Connection, Moncrief, T. Anthony, The National, New York Post, Please!
In the Bag “I mainly shoot with a Canon EOS 5D Mark II,” Magg says. “I sometimes use Contax, Leica and a few other 35mm compacts. But for my fashion work, I tend to use digital. I love using film, but now everything has to be done so quickly. And there are a lot of tricks that can be done in camera and in Photoshop to achieve that same feel.”