On the Road with Victoria Sambunaris

The relationship between a photographer and a mentor can be a significant one. To understand more about how the dynamic... 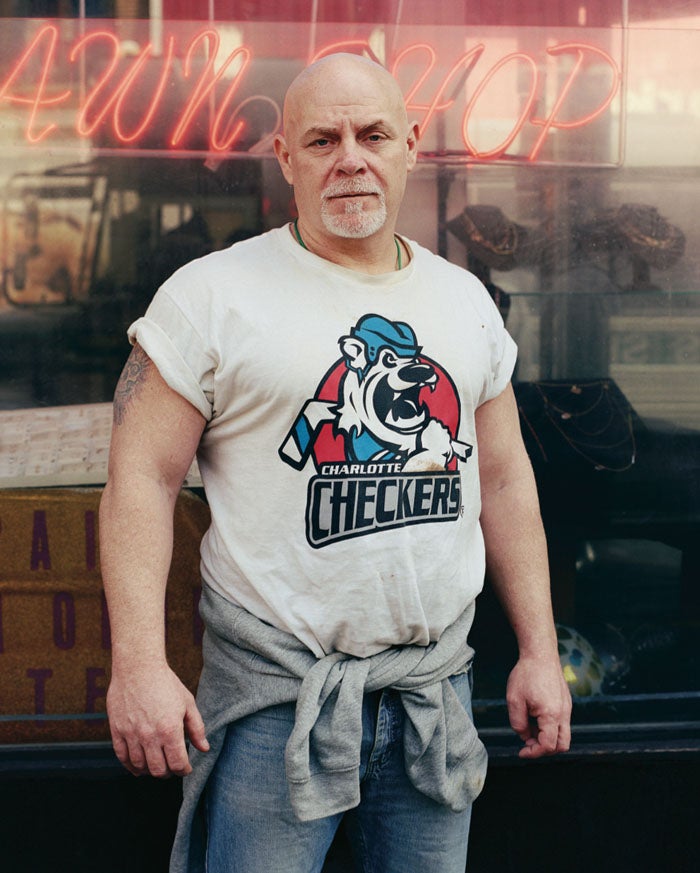 The relationship between a photographer and a mentor can be a significant one. To understand more about how the dynamic informs and inspires, we asked Brooklyn-based photographer Tema Stauffer, whose work portrays American people and spaces, to interview a mentor of hers. She chose Victoria Sambunaris, who has traveled extensively across the country documenting the changing American landscape. In the conversation below, they talk about shared influences, challenges, and inspirations.

Tema Stauffer: We met in the fall of 2009 at a gathering organized by Women in Photography. In our first conversation, you mentioned that you were inspired by Wim Wenders’s brilliant film Paris, Texas (1984), which made a big impression on me as well. During your lecture at the International Center of Photography in 2011, you also talked about American photographers who shaped your work, particularly those who traveled across the country. Can you say more about them?

Victoria Sambunaris: Yes! Paris, Texas was a huge influence. Wim Wenders—maybe because he’s not American—captures so much about what I’ve come to love about being on the road. I know those characters and landscapes well. Being on the road is a passion. When I’m not on it, I’m thinking about it. Watching this film is as close as it gets: the relentless desert light, the infinite roads, the run-down motels, the complicated lives. And I guess I’ve looked for something similar in photographers.

The photographers who have inspired me the most are the ones whose work has been about the land and people; many of them made a life for themselves on the road—I call them “road warriors”—starting with the U.S. Geological Survey photographers in the late 1800s and the Farm Security Administration (FSA)/Office of War Information photographers in the 1930s and ’40s. There are the photographers from the New Topographics movement, including Robert Adams and Lewis Baltz, whose style and philosophies I have embraced. And even though they’re German, I have to mention Bernd and Hilla Becher, who drove around the country with a ladder on top of their VW bus! And then up to the present, there are photographers like Joel Sternfeld, whose work I admire and who has also offered advice, like how to camp for free. I’ve been shaped by the folks in the Center for Land Use Interpretation, who go to crazy lengths to get their photographs—devising innovative methods to get their cameras over fences to get the shot. All of them have been out there driving, or flying, riding, galloping, hauling—whatever they need to do—to get that one photograph. And if you get it, it’s complete ecstasy. These photographers, among others, have modeled a way of life as much as an aesthetic.

T.S.: Last spring, you wrote to me that you are “finding few photographers who are actually exposing the reality of this country.” You talked about the ways that we both evidently found the world to be absolutely fascinating, and asked: “Where would we be without the FSA work that revealed the hardships of the country at a particularly troubled time in our history?” Can you elaborate on why you think it is important, especially now, for contemporary photographers to continue working in this documentary tradition?

V.S.: Over the years, I began learning about the issues that were reflected in my work and how they impact the lives of people I’ve encountered. So I’ve gotten to know miners, geologists, pipe layers, park rangers, sheriffs, campers, ecologists, conservationists—people on both sides of the border and from all realms. They have been my teachers and guides and informed my work. I guess I could see how it might seem as though I’m part of a documentary tradition, but it didn’t start that way, and the process has been more organic and not so specific. I do feel passionate about encouraging others to consider and cultivate what is important to them personally and, in the process, to hold out for something richer than whatever the current trend in photography and art is.

T.S.: As someone who spends much of her life on the road, photographs the landscape with a large- format camera, and travels alone to some places that might be considered dangerous, you’ve made choices in your lifestyle and even the kind of photographs you make that would still be considered bold and unconventional for a woman.

V.S.: Having Greek immigrant parents, it was difficult for me to move away from the expectations placed on me—as their child and as a girl. The plan when I was younger was that I’d be educated, choose a practical profession, and have a family. This was their idea of the American dream.

Photography was not part of the plan. The gender issue was subsumed by the overarching goal that I’d have a better life than they had.

On the road, many people I meet are perplexed to discover that I’m traveling alone for months on end and that I am not married and don’t have children. And that’s when I’m reminded that it could seem unconventional. It is a long conversation trying to explain what I do and why to a stranger. They are surprised that I camp out by myself; it doesn’t faze me. I’m used to it at this point. I’ve had women who are camping with their husbands come and ask me what the hell I’m doing by myself and that they were worried all night!

I imagine it’s hard—whether you’re a woman or a man—to be in your own head for so long, to forge into the unknown, to wonder where you will stay at night or whether you will find what you want to photograph or gain access to it. Those are my concerns. And being a woman on the road solo has worked in my favor. I am not perceived as a threat, and I think this has helped me gain trust and access to difficult sites.

Of course I am conscious that I am in a male- dominated genre of photography that favors its own; it can be discouraging to feel male photographers being taken more seriously by virtue of their gender. Having said that, I think there’s been an increased consciousness of that kind of chauvinism. I am proud to be part of an increasing presence of women photographers on the road, like Justine Kurland and Katy Grannan. We share a camaraderie having gone to school together, crossed paths on the road, shared motels and campsites.

T.S.: I have this opportunity to ask you questions since I’ve identified you as a photographer whom I deeply admire and who has taken the time to meet with me, correspond in e-mails, and give me some feedback and encouragement. I’m curious about any notable figures in your own path as a photographer. Are there teachers, photographers, or other mentors you’d like to mention?

V.S.: Tema, thank you for your admiration and support. This sentiment is mutual. Where do I be- gin? I’ve been most grateful to the people who have believed in me more than I have. Several years ago, when I’d experienced a profound loss and was reel- ing in its aftermath, I questioned my resolve to be a photographer. María Millán, a fellow photographer and friend, put the camera back in my hands. This I will never forget. The artist David Deutsch has been a longtime mentor and has taught me the meaning of commitment and work ethic. And my close friend, writer and educator Maria Jerskey, has pushed me in profound ways personally and professionally. There’s a wonderful story that when I was applying to graduate school, she refused to read over my application essays unless I applied to Yale. We fought, she won, I cried. But I also ended up getting my MFA from Yale, where I met photographer friends I’m still close to; they engage me in talks about the state of photography and are there for me every step of the way. I think we encourage and challenge each other. And keep each other questioning.

And finally there have been organizations that support the arts and take risks on unknown artists. You know the importance of this as well, Tema. For me, the Lannan Foundation has been a vital support, even connecting me to writers, poets, and activists whose work is relevant to my own.

T.S.: You’ve been shooting your most recent body of work on the United States–Mexico border. Can you tell us a story?

V.S.: I have so many stories about the people I meet that help me along the way. I am very open and find myself in many odd predicaments. People on the road have been remarkably generous. They house me, feed me, and connect me to friends and colleagues who help me access interesting areas and businesses. And I have gotten out of confrontations with the law by knowing the right per- son in a town. I stay in touch with most of these people while back east.

I’ll keep this story short, but I was working on the Mexican side of the border and someone offered me a little place to stay on the Rio Grande. I guess it was ripe for trafficking, so he told me to lock my- self in with metal gates. I’d camped along the border before, so this concept was totally foreign to me. Just before he left, my friend asked, “You know how to use a gun, right?” I don’t. Fortunately, I made it through the night without incident.

Victoria Sambunaris will be giving a talk on Thursday, March 20th, at the School of Visual Arts Amphitheater in New York City (address in link). This event is sponsored by the Camera Club of New York. For more info, head here.