1,700 of the artist's Polaroids are currently on view at the Museum of Contemporary Art in Denver 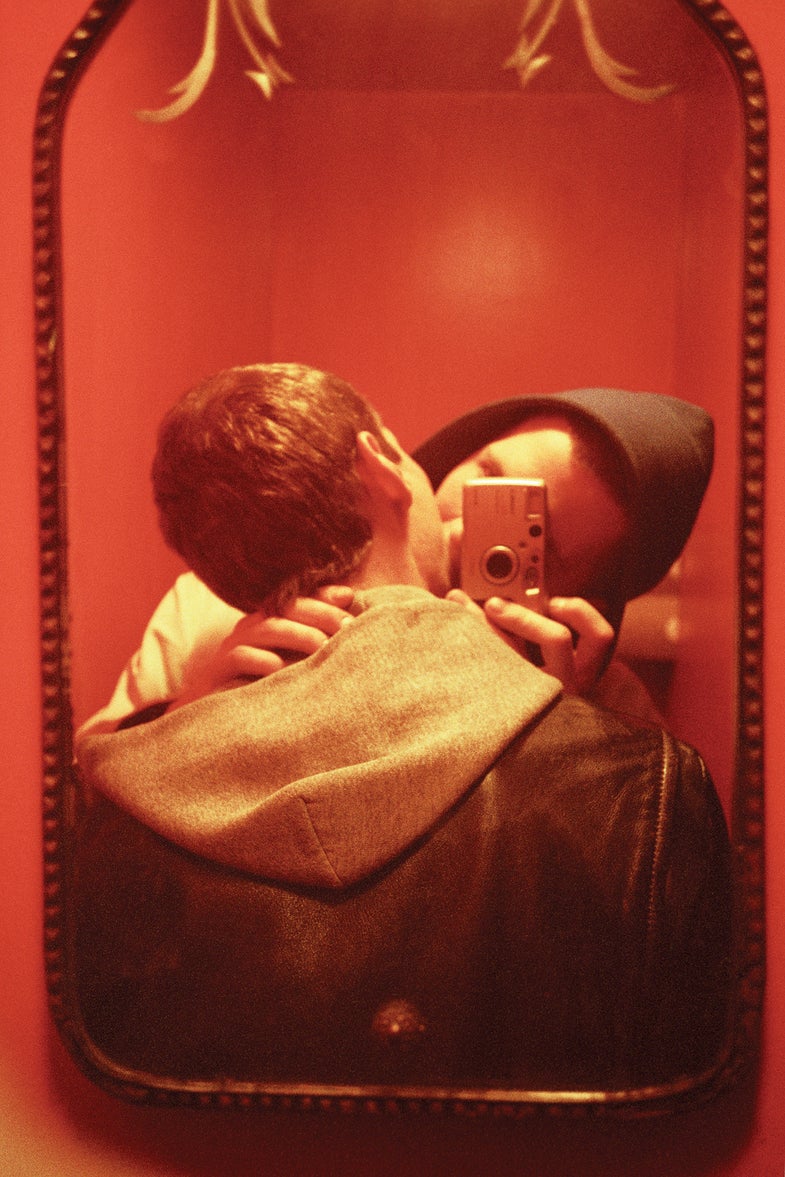 This isn’t the first time Ryan McGinley‘s photographs from his raucous and exuberant youth are on display: the first major showing of, The Kids Are Alright, was at the Whitney Museum of American Art in 2003, an exhibit that dramatically catapulted his career. At 25, he was the youngest artist to receive a solo show at the museum, and he’s been in demand ever since. Now, more than a decade after his groundbreaking exhibit, the Museum of Contemporary Art Denver has unearthed a series of Polaroids for the The Kids Were Alright.

What stands out about this exhibition is not only the breadth of work—some 1700-plus Polaroids are wrapped around the entire second floor of the museum—but the fact that the Polaroid series has never been exhibited publicly. Between 1998 and 2003, McGinley made more than 10,000 Polaroid portraits of anyone who came over to his East Village apartment in New York City.

The Polaroids are accompanied by three galleries of the artist’s early photographs, which paint a time when McGinley’s art was intricately woven with human relationship, love, sex, intoxication, street shenanigans and his coming out. Unsullied by fame or production value, the lo-fi photos depict a rawness of youth that is rife with experimentation and vulnerability.

American Photo caught up with the exhibition’s curator, Nora Burnett Abrams, to talk about how McGinley’s early work informed his later art, the changing role of image-making and how it all relates to Jean-Michel Basquiat.

Why do you think this work is so important for people to see?

At the heart of it all, there was really little distinction between the life he was living and the art he was making at this time. When he discovered photography, what he did immediately was turn [the camera] on himself and his immediate contacts. It shows us all of these young people coming into themselves and falling in love—and not just falling in love with one another, but falling in love with being alive and testing that over and over and over again (sometimes in detrimental ways). He captures that curiosity, not with a sense of doom, but with a sense of optimism. They photos are arresting because even though you might see someone smoking a cigarette on a ledge two stories above ground, it looks perilous, but it’s also romantic. And I think that’s the hinge for this entire body of work—it’s so alluring and inviting, yet illicit and scary and disturbing at the same time.

There’s been such a romance with the downtown NYC art scene for generations. What was so special about what McGinley was doing there in the 1990s?

Ryan captured the drama that was already baked into their lives. He didn’t stage anything; he was a documentarian, which is something that isn’t often said of his work—certainly not in the last 10 years. That’s what’s so remarkable—he’s capturing what was happening as it was unfolding in a way that makes you want to be there. Ryan and these artists collectively represent something and I don’t know if we can ever recreate in this way again.

And we’re going even further away from the tangible nature of the document. They were using Polaroids and had a physical representation of that moment but now images are becoming so ephemeral to the point of disappearing (like on Snapchat and Instagram).

Now everyone has a camera in their pocket and is capturing everything as it’s unfolding. We’re always documenting and sharing what’s happening all the time, I don’t know if we can ever capture the excitement, the rawness and the authenticity of life in the same way again.

In your essay in the exhibition catalogue,The Kids Were Alright (Rizzoli, 2017), you place McGinley’s work in context with the work of Jean-Michel Basquiat. Why is it important for you to draw this comparison instead of more obvious ones like Nan Goldin and Larry Clark? The MCA Denver is also showing a Basquiat exhibit concurrently. What is it about this dialogue that’s so important?

The exhibition of Basquiat’s early work informed my interest in working with Ryan and in conceiving the exhibition. It all came from that place: for whom was this indistinguishability between art and life as palpable, as present, as evidenced as this early material by Basquiat?

In thinking about what to pair with that body of work in the museum, I was thinking, who is the next generation for whom the path that Basquiat paved was very meaningful and enabled the next generation to develop and emerge out of that? Obviously Warhol is a predecessor to Basquiat, and they’re both predecessors to Ryan. For Ryan it was about finding his voice, coming out, coming into photography and combining these things and running with it. Reflecting on what was already happening was what, in his work, feels similar to Basquiat. There were so few boundaries around going to a studio and making work and hanging out with friends. He found his friends to be beautiful, haunting, enigmatic subjects. There’s this natural extension of how he’s going about his life and the art fits into that. He was authentically part of what his subjects were doing, and that’s the only way the work could feel as vulnerable and genuine as it is.

What aspects of this work predicts his later work?

That was one of the reasons I wanted to show this series—because I think it’s really a lexicon, or key, to his later work. There are a number of shots where a dog is wrapped around his subject’s shoulders which connects immediately with his Animal series. He got to where he got in part because of his rigorous study of individuals over the course of four years. In a lot of his portraits—like the later Yearbook project, which are all studio portraits—you see people over time and how he’s photographed them in different ways; all of that relates to the multiple shots he took of certain people with the Polaroids. I see repeated poses and there’s an amazing use of light with the Polaroid, which is so hard to do. One of his greatest assets, his signature traits, is how he records and manipulates light in his work.

There’s a pivot-point in 2003, after his Whitney show, when he decides to go Upstate with friends and photograph them on road trips. He knew he was with people who trusted him and were up for anything—who were willing to experiment and be up for an adventure—and all of that was because of the longstanding friendships he had with all of them. As much as people want to see a clean break, there was a lot of murky and ambiguous territory between the New York City-based photos through 2003 and the next year-and-a-half when he’s out of the city.

This felt like such a perfect moment to show the work. It was a really great time for him to reflect on the work. There’s a sense of distance that allows one to be able to go back and share older work. This tells a richer, fuller story. We see Ryan crying, Ryan puking, Ryan with snot coming out of his nose, Ryan having sex. It’s a little more raw. It’s a little more honest. I think it was brave of him, and I’m really grateful for that, because it tells a truer story. And that’s what I wanted to get at.

How do you hope this exhibit will be received?

It’s about the challenges and triumphs and difficulties and exhilarating moments entering your 20s and figuring out the rest of your life—it’s a moment of great turmoil and excitement. The discipline of this Polaroid project and the commitment—to see this long band of images—it’s awesome and humbling and motivating.