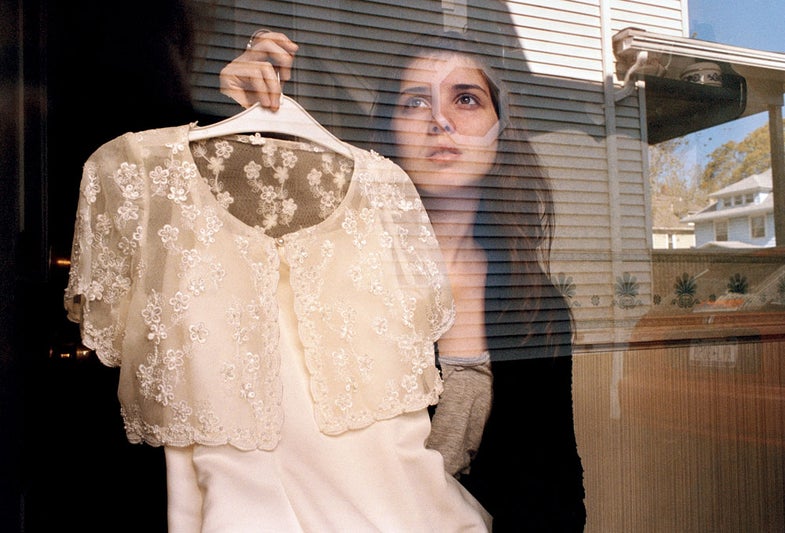 For their project Memory City, photographers Rebecca Norris Webb and her husband Alex Webb traveled to Rochester, New York—the home of Eastman Kodak for 125 years—to document the city in the wake of the company’s bankruptcy in 2012 and to pay tribute to their respective relationships to analog imagery.

Both photographers used Kodak film for this project. Her husband shot with Koda­chrome, his sole medium for more than 30 years; its once-vibrant color can now be processed only with black-and-white chemistry, giving it a distressed look he likens to fading memories. Norris Webb, who still uses film for all her work, used Portra, inspired by an analogy of the medium as a woman’s special-occasion outfit—memorable, but fleeting, worn only once. “I think it’s the tactile quality that I’ll miss most when I have to eventually switch to digital,” she says. “That slip of celluloid that’s accompanied me to every moment I’ve ever photographed, like a delicate yet indelible dress.”

Norris Webb’s portraits of Rochester women include the image shown here, of the Webbs’ former assistant, Amanda Webster. She and her family reflect the city’s past and present in photography: Her father and grand­father both worked for Kodak, and Amanda is currently studying photog­raphy at the Rochester Institute of Technology. Norris Webb photo­graphed her in her grandmother’s house in the 14621 neighbohood—known by its zip code, it’s one of the most ethnically diverse in the city—in the spring of 2012, holding a dress she had worn to an uncle’s wedding.