A Rare Look at the “Uncontacted” People of Tí

Around the world today, cultures with no major arterial connection to modernity are increasingly rare, and as a result, a... 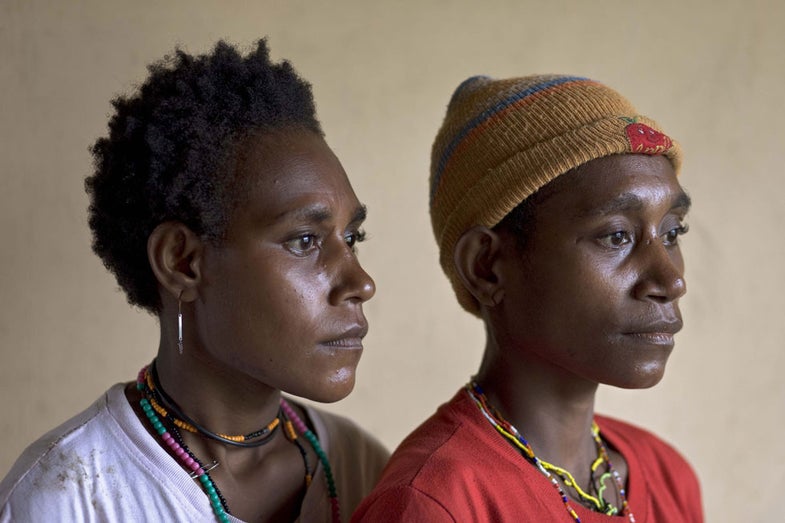 Around the world today, cultures with no major arterial connection to modernity are increasingly rare, and as a result, a source of increasing curiosity from the rest of the world. Wikipedia, of course, keeps a directory of these cultures on a fascinating page called “Uncontacted peoples”. The gramatical naming of this page is apt—with these isolated cultures, we’re almost always the ones doing the contacting.

The Asmat region and culture in Papua New Guinea, Indonesia, is one such culture. In between brief moments of contact with the outside (Captain Cook in 1770; Dutch missionaries in the early 20th century), the region’s geographical isolation has kept it mostly disconnected from modernity. That’s why I’m drawn to the portraits of the Asmat people in the small hamlet of Tí made by Koos Breukel & Roy Villevoye.

They duo took two approaches to photographing Tí and its people. Breuekel, a talented portraitist, set up a makeshift studio to produce more traditional portraits. Villevoye, who has extensive experience in the region and speaks the indigenous language, made photographs of the villagers among their natural surroundings.

“The people we photographed had no photographers, photos or pictures in their lives. This new experience created a mutual curiosity,” Breukel told me in an email. “For me, it mattered a lot that Roy knows the area very well. He speaks the language, and has made a lot of effort to understand their culture and beliefs. I think this put people at ease.”

As “uncontacted peoples” become more and more rare (partly, of course, through works like Breukel’s and Villevoye’s), a photographic window into their lives takes on an increasingly layered and interesting context.

Tí is currently on view at the FOAM gallery in Amsterdam, up through June 19, 2013.