Picturing Life in a Jewish Neighborhood in Pre-Holocaust Poland 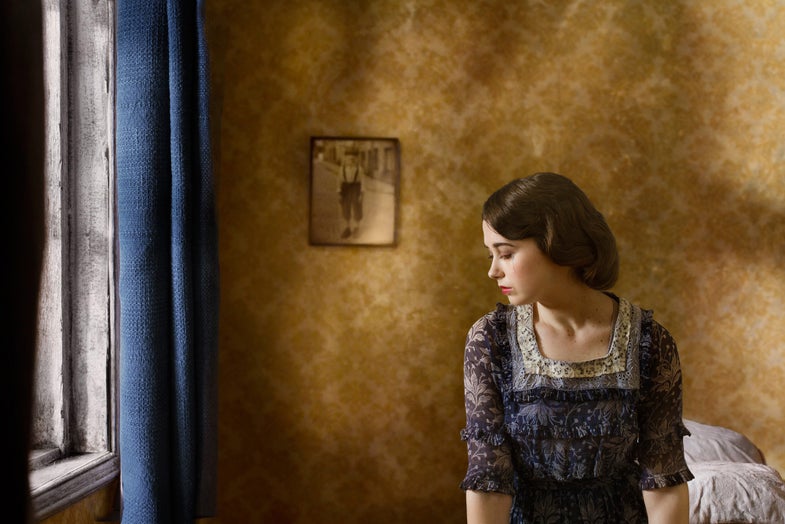 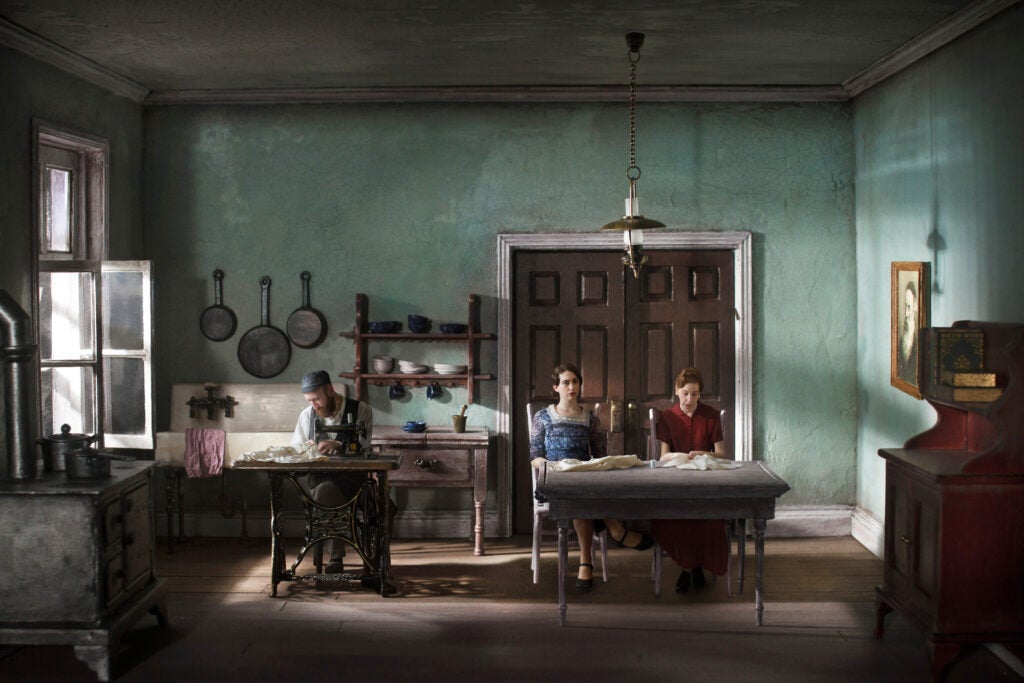 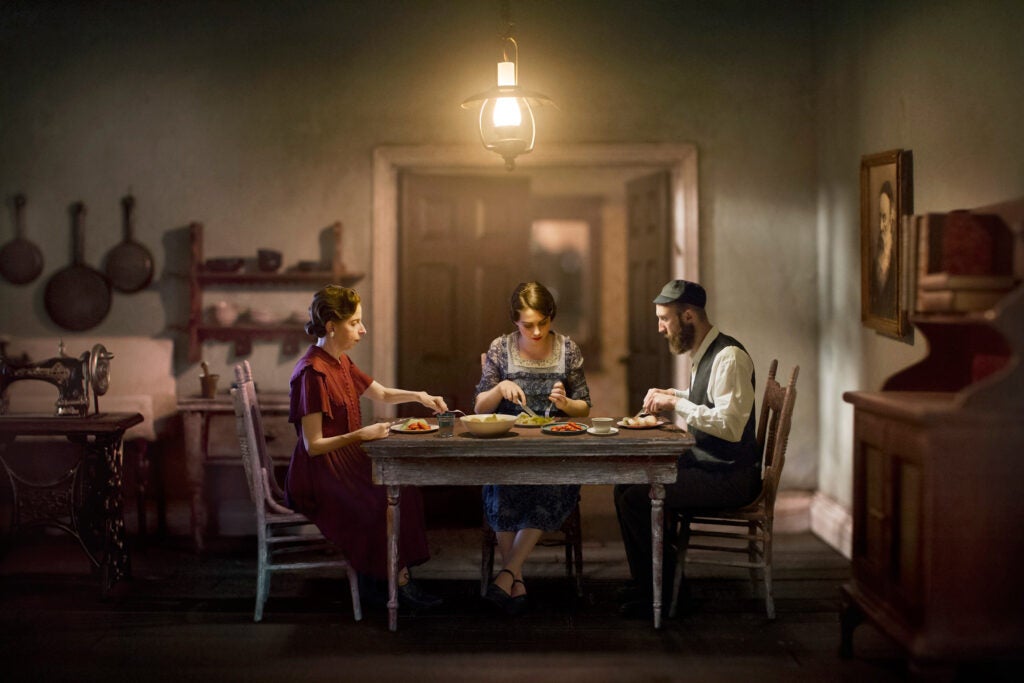 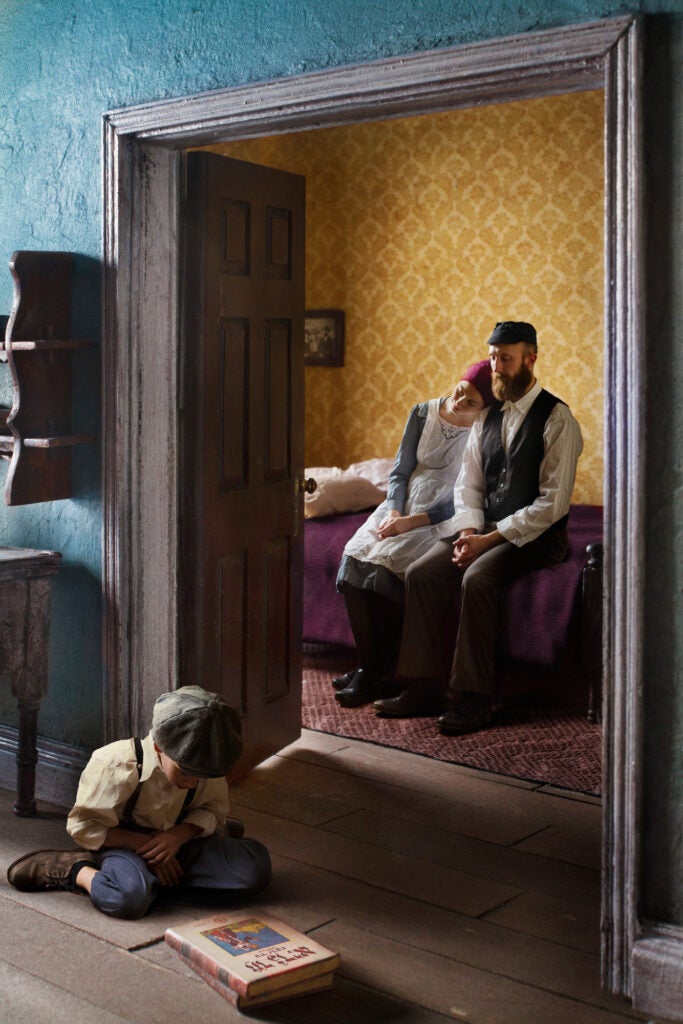 “Once Upon a Time” 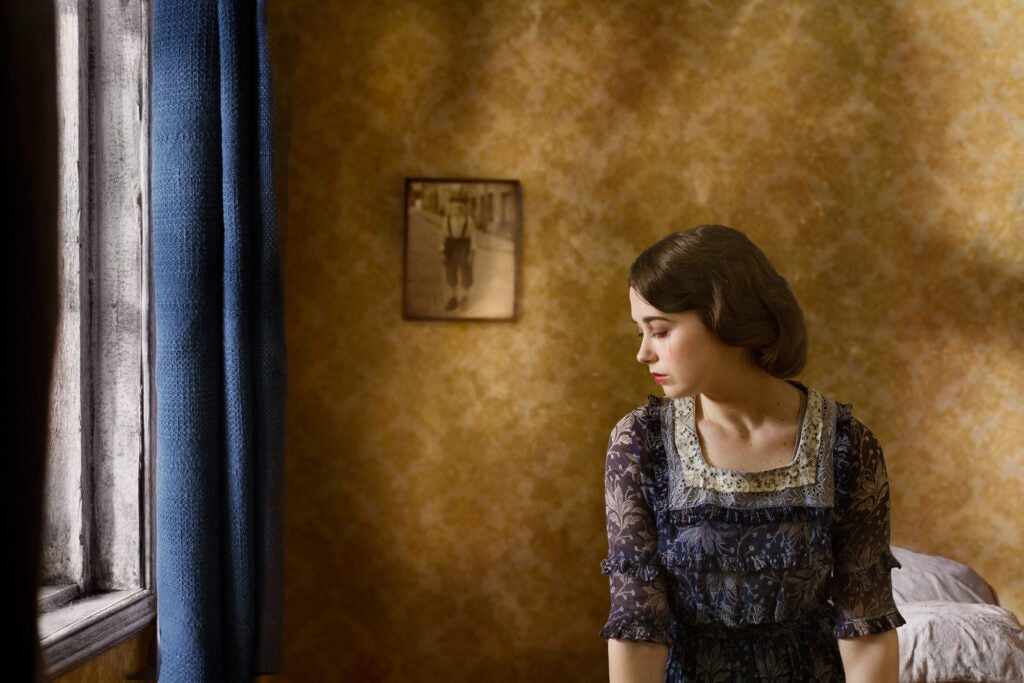 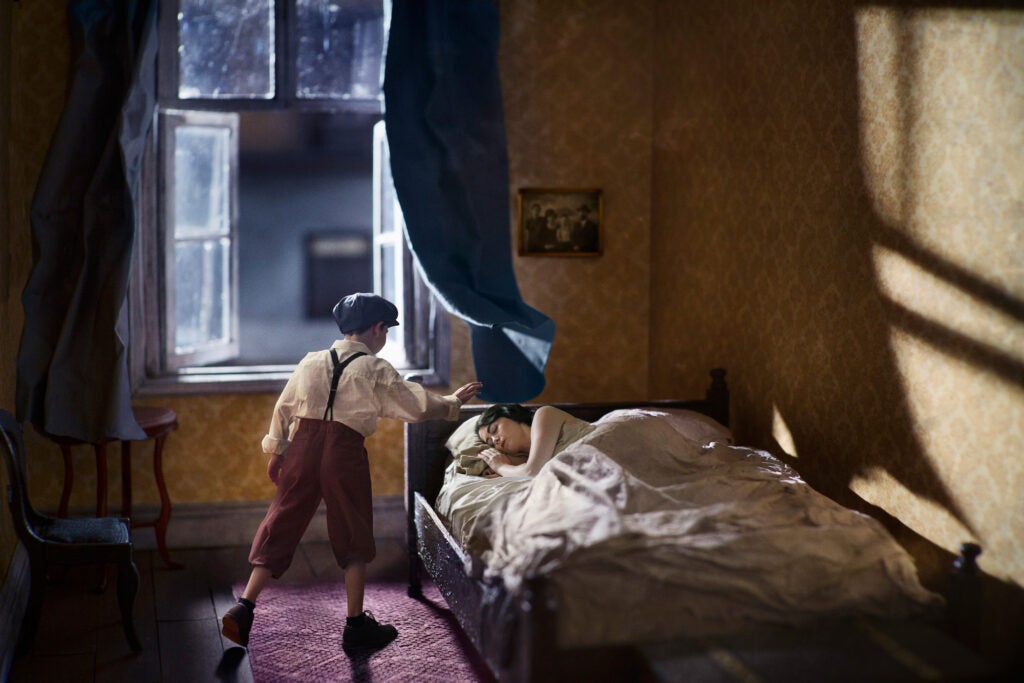 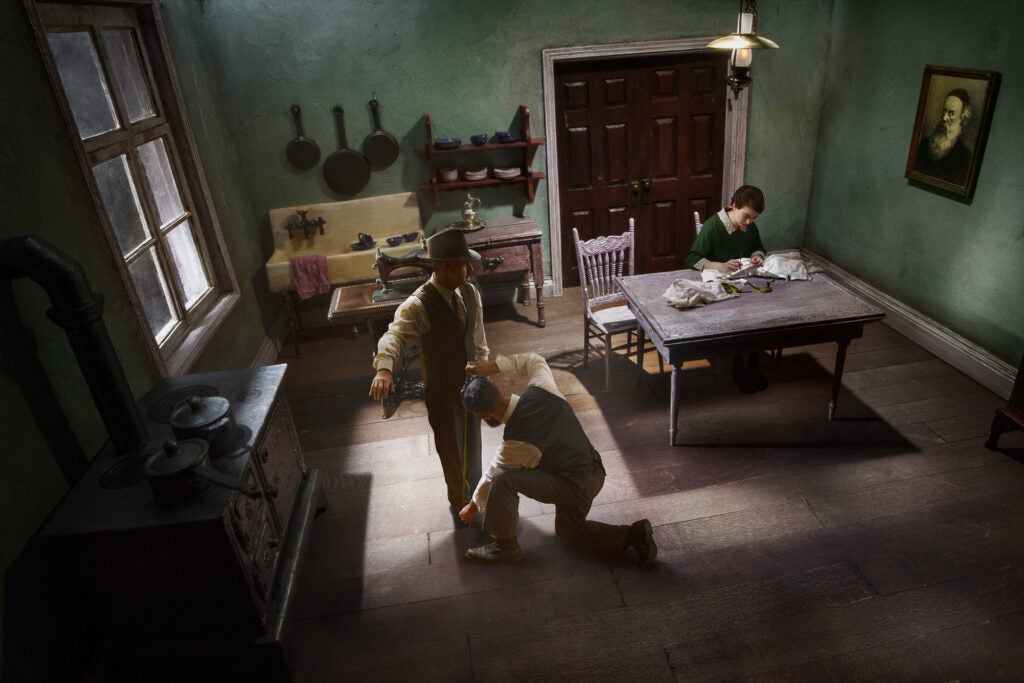 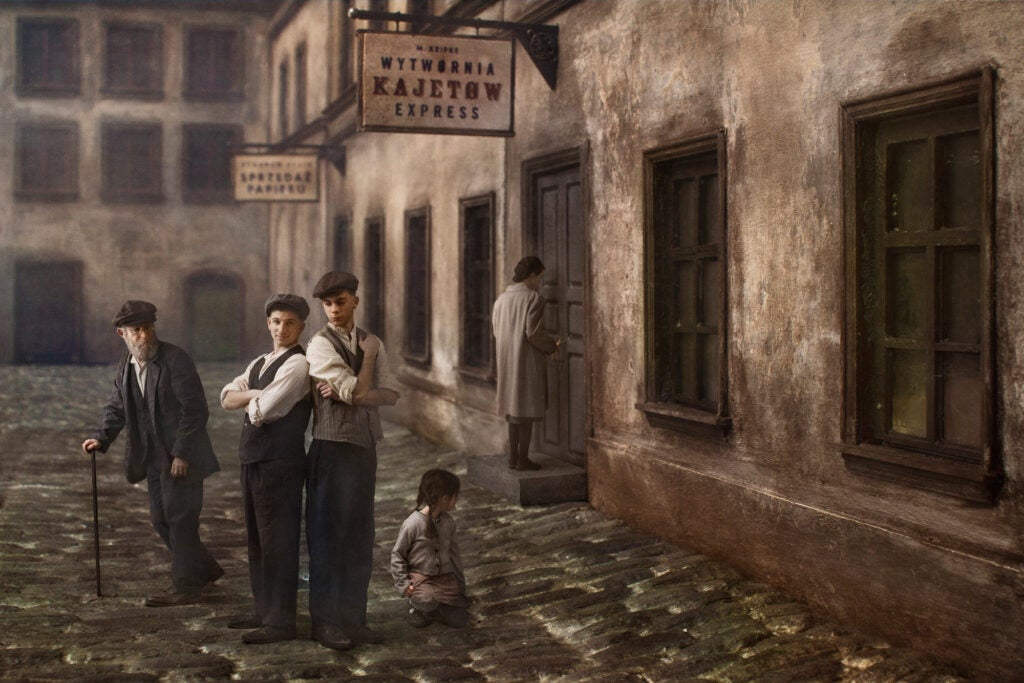 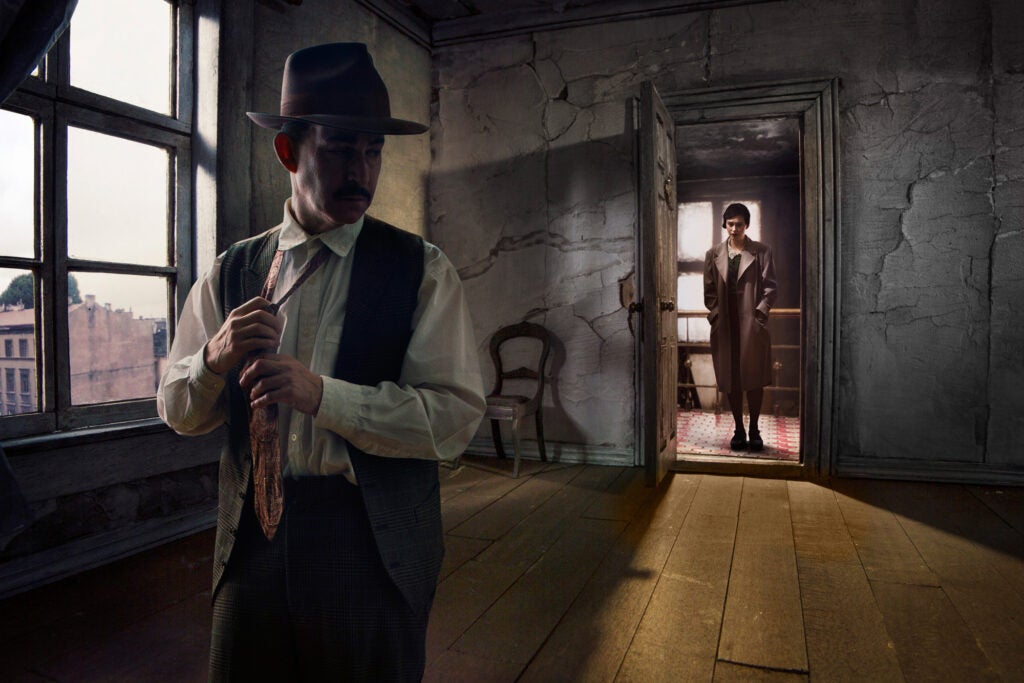 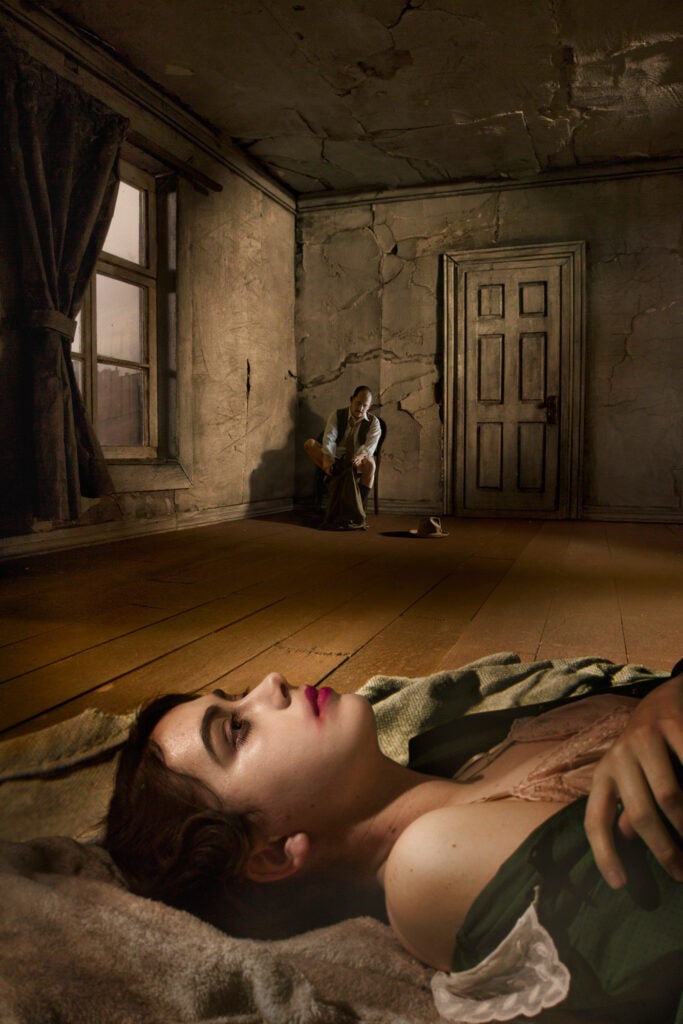 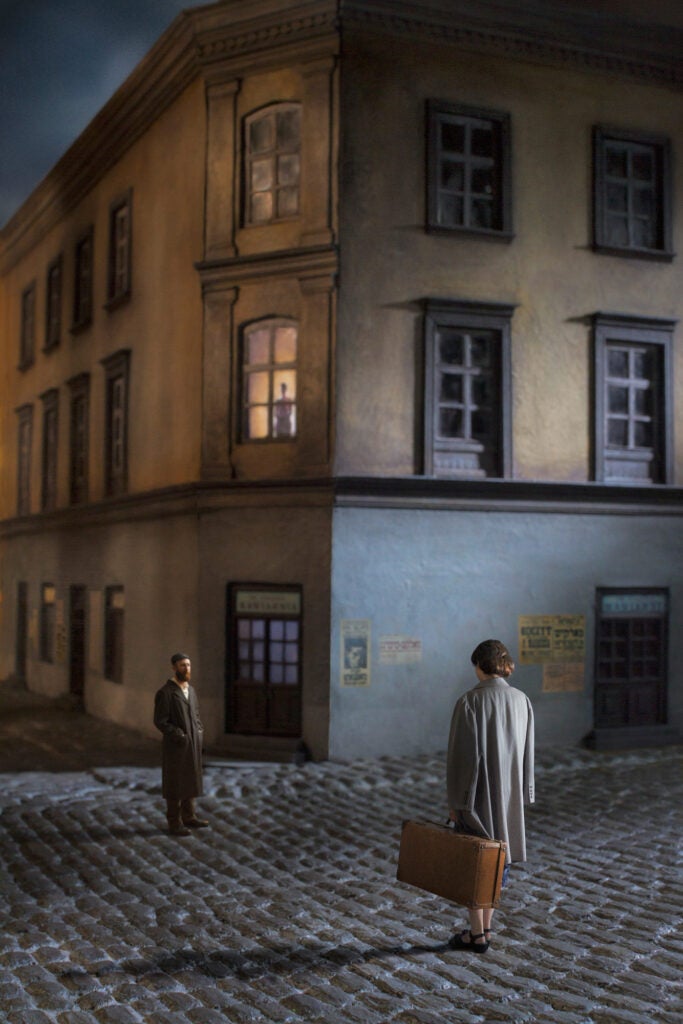 “Couple in the Street”

Richard Tuschman follows up his well received 2013 “Hopper Meditations” project with a new series of constructed vignettes called “Once Upon a Time in Kazimierz.” Comprised of 17 images that together form a veiled narrative about a Polish tailor, his wife, and a mysterious stranger, this dark and foreboding story is on view at Dumbo’s Klompching Gallery until April 9.

Tuschman, the New York-based photographer, model builder, and graphic designer, has roots in the Kazimierz neighborhood of Krakow: His family emigrated from the region in the early 20th century.

Described as a visual novella, “Kazimierz” is set in a Jewish neighborhood in decline in the early 1930s. Its pictures powerfully depict the feelings that flowed through Kazimierz’s streets in the period proceeding the Holocaust.

Like “Hopper Meditations,” a project that took its inspiration from the paintings of Edward Hopper, “Kazimierz” features images that digitally combine photos of meticulously conceived and constructed doll-house-sized dioramas with portraits of human actors. The resulting pictures are laced with feelings of loss, suspense, tenderness, and love.

Exhibition viewers are invited to look over each scene for clues to the story that Tuschman had fully imagined while building his dioramas. The myriad location details, facial expressions, body language, and the apparent mood of the actors gradually reveal something of that story and Kazimierz’s world.

The process of producing the pictures includes many steps, often happening simultaneously. While the artist is physically constructing one diorama he says he’ll be intensely imagining the next.

“I start by gathering a collection of reference images based on artwork and photographs that I like,” says Tuschman. “I put them up on a bulletin board and absorb them over time. Next, I’ll make some thumbnail sketches of different scenes that I may want. As I’m doing the sketches, characters pop into my mind. When I start building an actual diorama, I’ll begin casting the scene, too. I decide, for example, not only which models to hire but which costumes to rent.”

His dioramas are the classic dollhouse scale: one inch in the model equals twelve in reality. Once he has one or two finished—each can take as long as a month—he’ll begin to shoot the dioramas and the models for them.

“For me, this is the most fun, but also the most difficult part, because photography isn’t something that I do on a daily basis,” says Tuschman. “I like working with the models. As they fine tune their roles, they often inspire me with new ideas for character traits and future dioramas.”

Tuschman’s lighting is phenomenal. With the absolute control of well-designed theatrical lighting, it communicates a film noir moodiness, but is soft edged, glowing, and often dappled to strong effect. The lighting goes a long way to making the project feel photographic rather than one of sophisticated model building.

Also gripping is the way the artificial—the dioramas—and real models interact. At first glance, the pictures seem entirely real, but on closer inspection the real and unreal elements collaborate to create a surreal quality. It clues viewers into the possibility that they’re presented with something of a dreamscape.

The most difficult part of this series? Making the cobblestones for the street scenes. Tuschman made each from pieces of foam core board, pressed into the three-dimensional shape of a cobblestone and then painted and glued them into position. It’s not surprising that the entire project took two years to complete. “Once Upon a Time in Kazimierz,” will travel to Santa Fe’s Photo-Eye gallery later this fall. Southwestern photography aficionados should pounce.