As seen through the eyes of Garry Winogrand, Danny Lyon, Nan Goldin and more 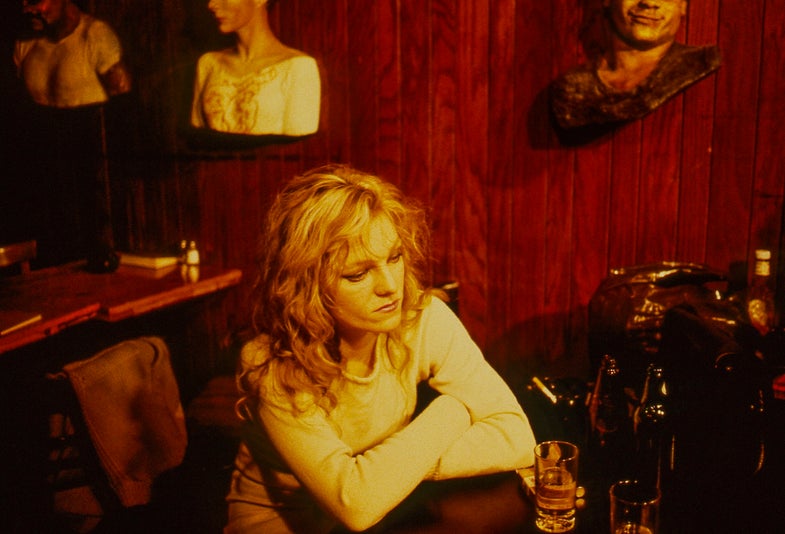 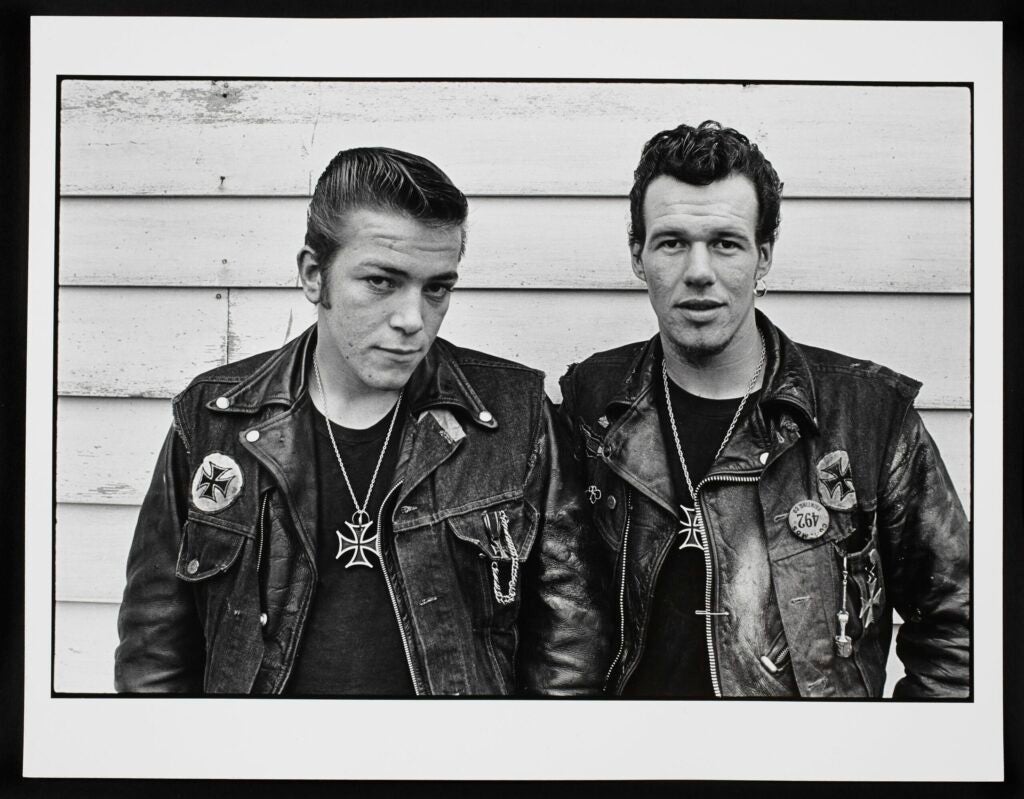 The Art Gallery of Ontario in Toronto is currently hosting a provocative and historical exhibition, Outsiders: American Photography and Film, 1950s – 1980s, as the centerpiece of the AGO’s Year of Photography and the 2016 Scotiabank CONTACT Photography Festival.

Co-curated by Sophie Hackett and Jim Shedden, this extraordinary large-scale exhibition brings together work by photographers and filmmakers that collectively transformed representations and perceptions of American lives and identities. Their powerful and penetrating still and moving images portray bikers, protestors, poets, cross-dressers, outcasts, eccentrics and others at the edges of society who challenged norms and conventions, searched for personal authenticity, and fought for social equality. 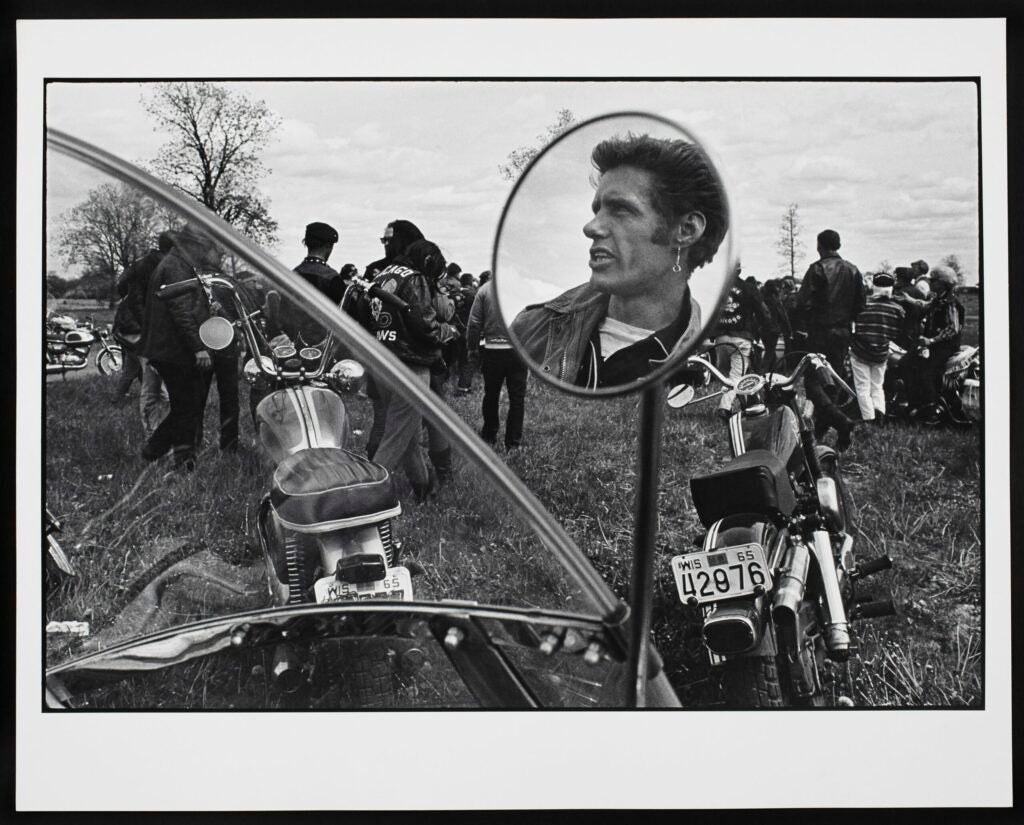 The AGO’s Associate Curator of Photography Sophie Hackett focused on photographs, some of which actually were recently given to or acquired by the gallery, such as Danny Lyon’s first major body of work, The Bikeriders, and a substantial collection of prints by Garry Winogrand. In fact, these and other works sparked the idea of the exhibition, which she developed with Shedden, to include work by other seminal photographers like Diane Arbus and Gordon Parks whose visions radically redefined notions of who merits attention, who is before the camera and what a picture is for. 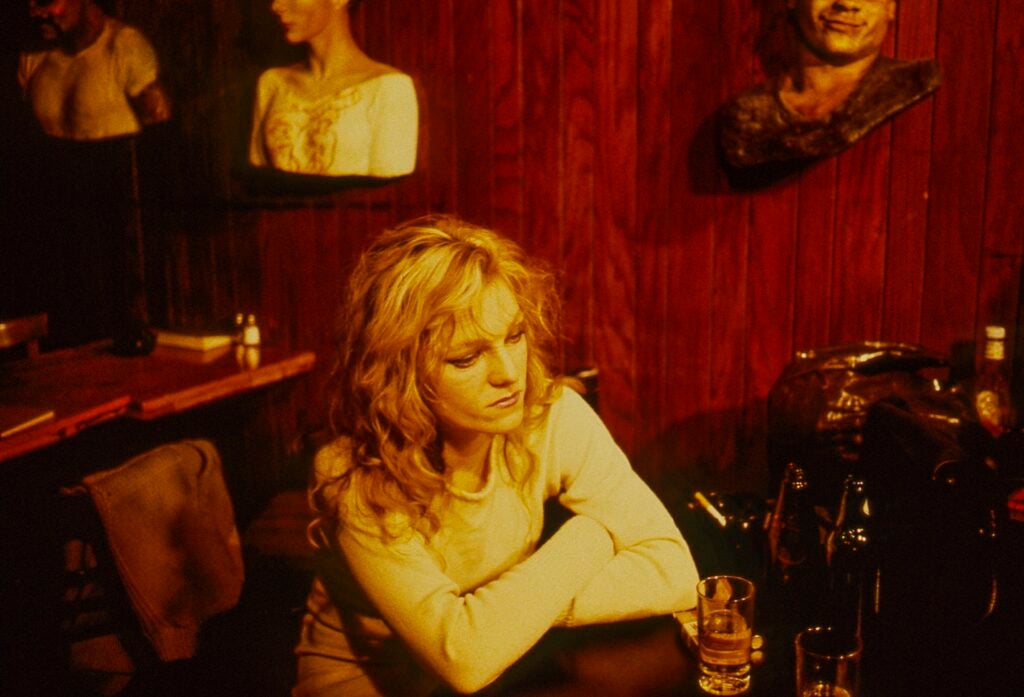 According to Hackett, the exhibition is also about “those who find each other,” for instance, Nan Goldin’s wide circle of bohemian friends whose lives and relationships unfold in her legendary visual diary and slide show The Ballad of Sexual Dependency.

Jim Shedden, Manager of Publishing, drew from his prior curatorial experience and expertise in film and video to feature filmmakers Robert Frank, Kenneth Anger, Shirley Clarke and Marie Menken, among others. Both curators described the selection of artists as those working in “a documentary impulse” who left a clear mark. While the exhibition examines the experiences and attitudes of “outsiders,” the curators emphasized that it equally considers “insiders” who formed diverse subcultures, communities, and chosen families, in Shedden’s words, “against the background of conservatism, complacency, and conformity of American culture.” 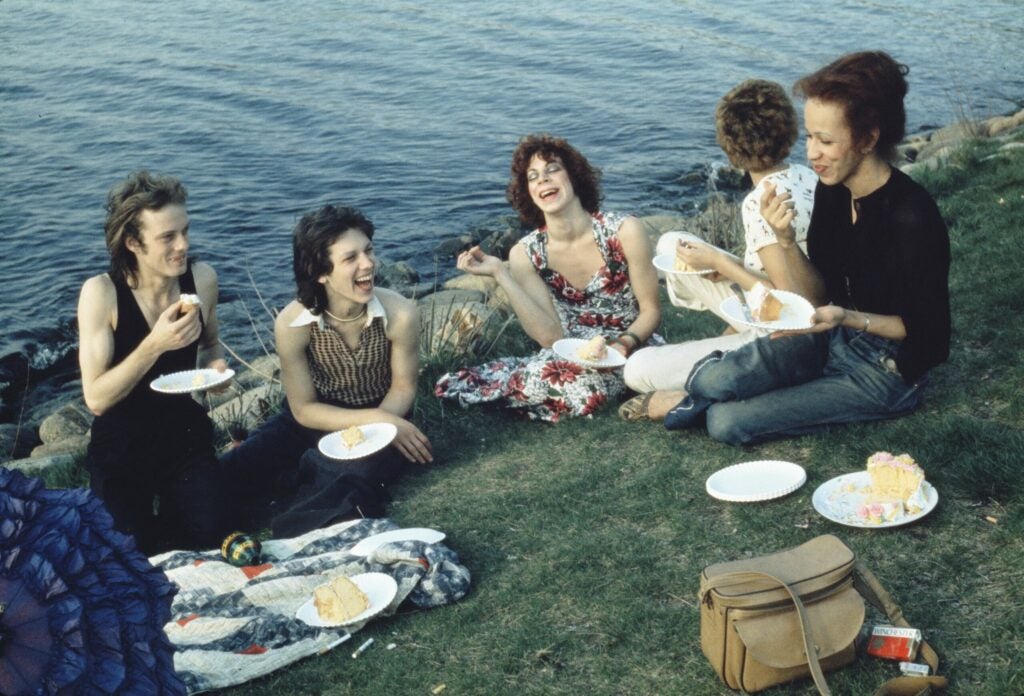 Picnic on the Esplanade, Boston 1973

While many of these artists rejected mainstream media as an outlet for the dissemination of their work, Gordon Parks used his unique position as Life magazine’s first African American staff photographer to bring attention to disenfranchised black communities and engender empathy from primarily white middle-class readers. Published in 1968, The Cycle of Despair: The Negro and the Cities special issue included Park’s photo essay, A Harlem Family, which documents the struggles of Bessie and Norman Fontenelle, living with their eight children in a decaying, roach-invested apartment on Eighth Avenue. 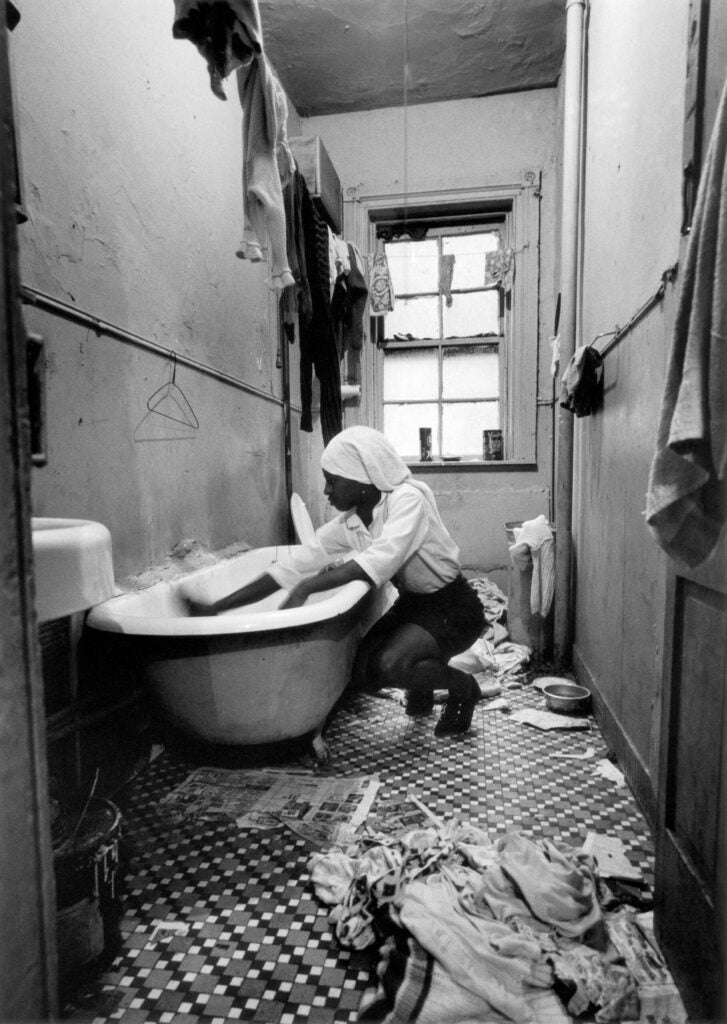 Outsiders displays both prints and the original magazine story, as well as a documentary produced for televised public broadcasting in which Parks narrates his photographs, frankly describing the daily lives and hardships of the family during a brutal month after Norman has lost his railway job. One of the most poignant and searing images reveals an expression of profound worry and weariness on the face of Bessie, surrounded by four of her children at the Poverty Board in Harlem. 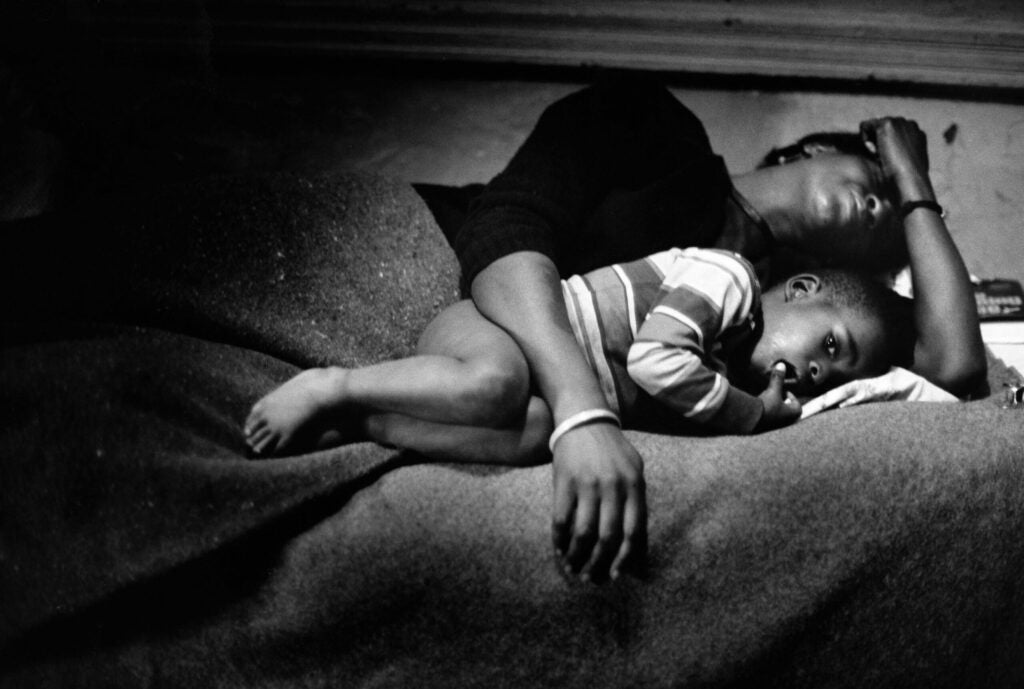 Bessie and Little Richard the Morning After She Scalded Her Husband, Harlem, New York, 1967

Along with work by well-known photographers and filmmakers spanning these four decades, Outsiders incorporates a collection of snapshots credited to Casa Susanna, a resort in upstate New York where male cross-dressers congregated in the 1960s. Candid portraits capture guests who found a sense of freedom and community within which to express femininity and non-conformity. The subjects of these images, some of whom later identified as trans women, playfully photographed themselves or one another at the resort or in their own domestic spaces performing various female roles from decorous housewife to glamorous diva. The snapshots were shared and admired at the resort, fostering an atmosphere of camaraderie and acceptance. “There is a documentary impulse even in amateur photographers,” according to Shedden. Also acquired last year by the AGO, the collection records an early exploration of gender identity and celebration of queer lives in the years leading up to the Stonewall Riots in 1969 and the first Gay Pride marches in American cities in 1970. 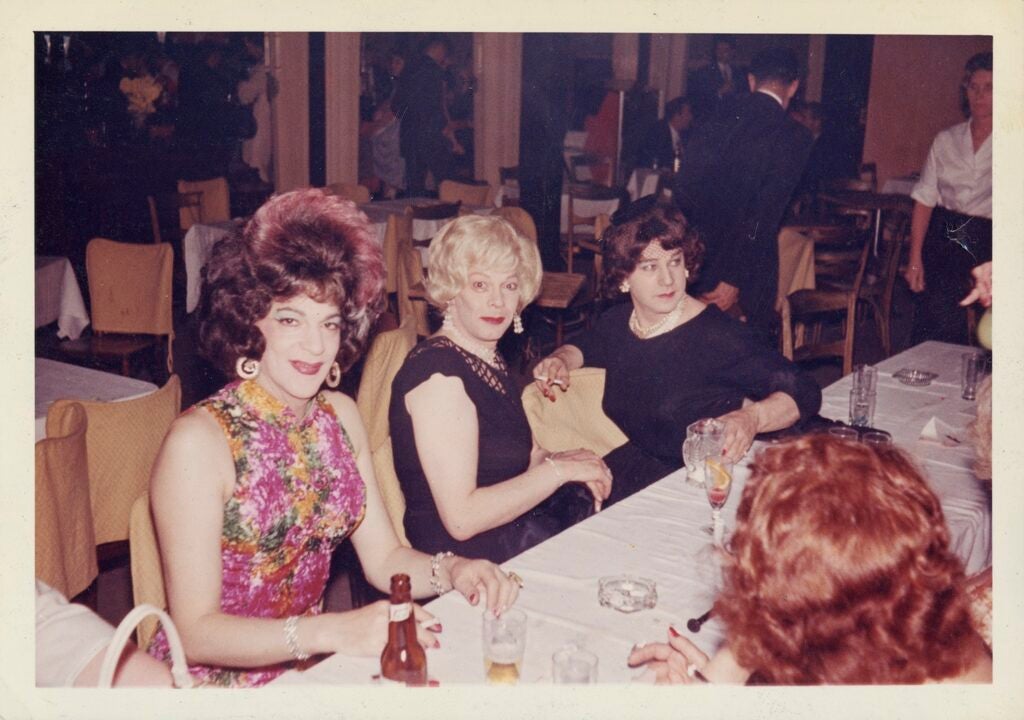 Susanna in a pink, green and yellow dress, sitting with friends, 1960s

The remarkable impact of Outsiders is evident from a palpable excitement and an exceptional turnout for the exhibition. “Toronto is a city that loves photography and photography shows,” says Hackett, who speculated that the show is especially resonant now in light of the United States presidential election campaign, Black Lives Matter activism and growing visibility for the trans community. While the time-line of the work in the show ends just before the emergence of digital photography and the Internet, the social and political issues and questions of identity and equality raised by the exhibition remain vital and relevant today. Outsiders is on view through May 29 with upcoming talks and screenings, including a lecture on Gordon Parks by LaToya Ruby Frazier, on Friday, May 27. 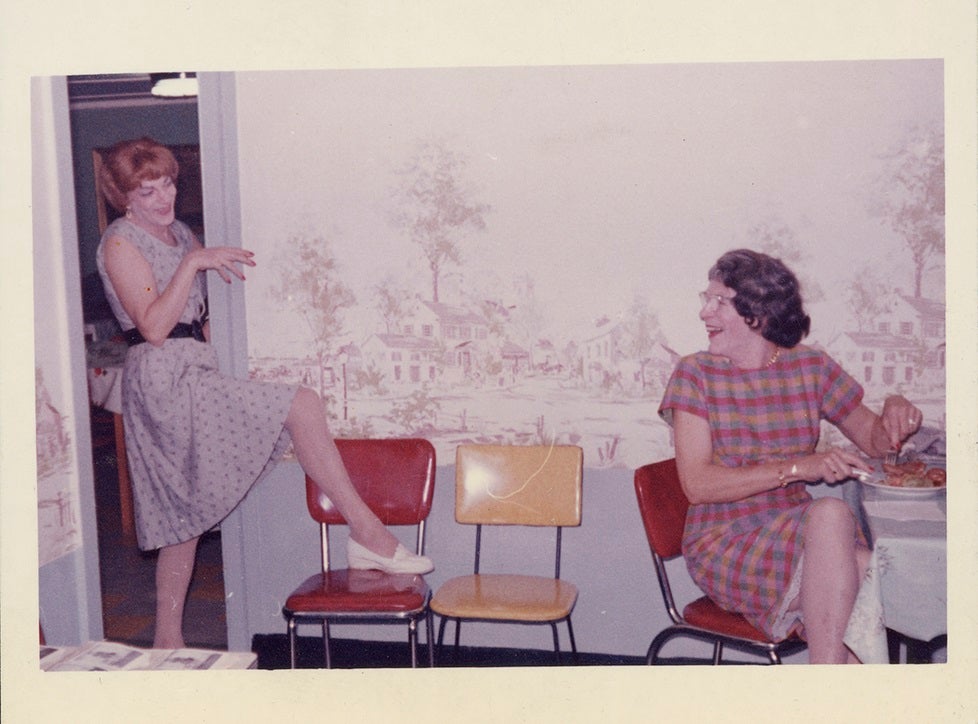 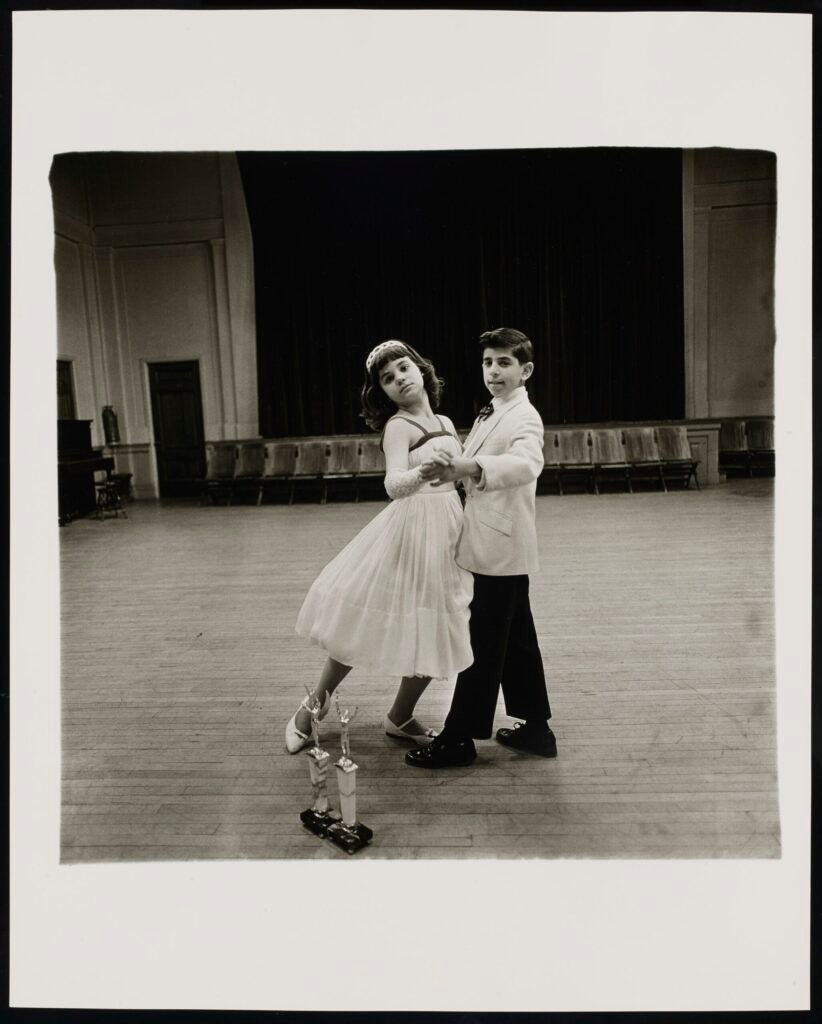 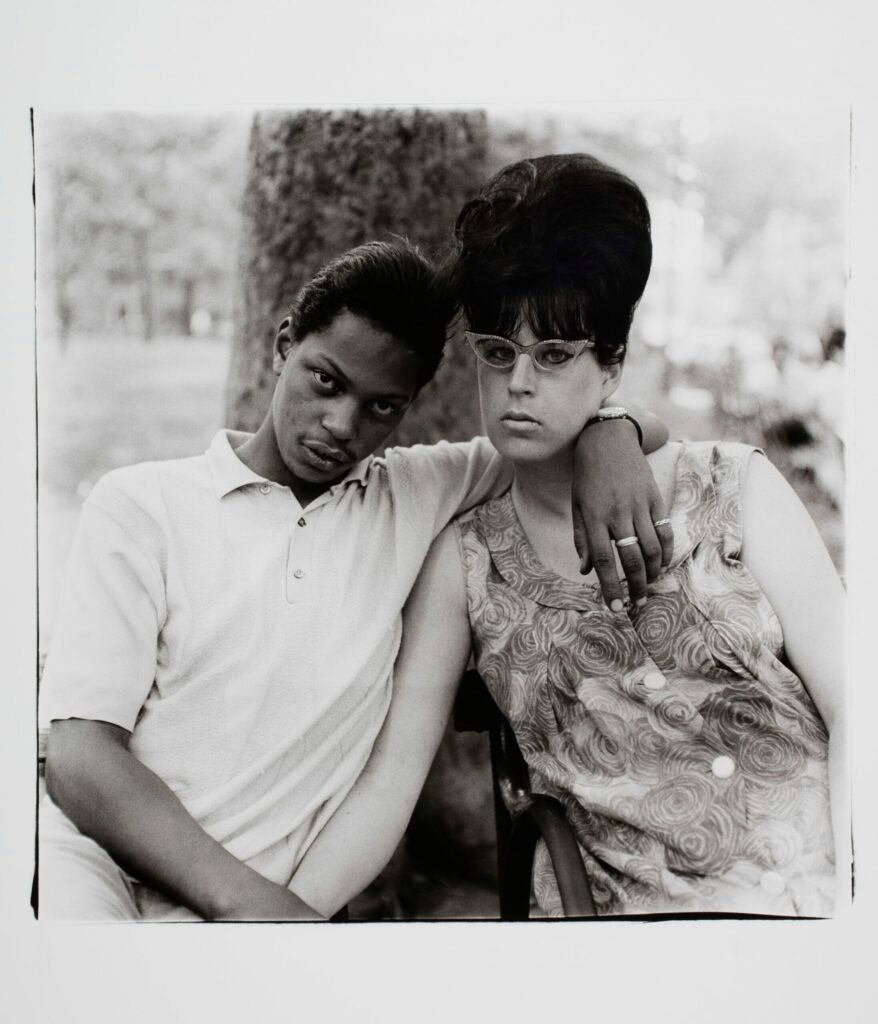 A young man and his pregnant wife in Washington Square Park, N.Y.C., 1965 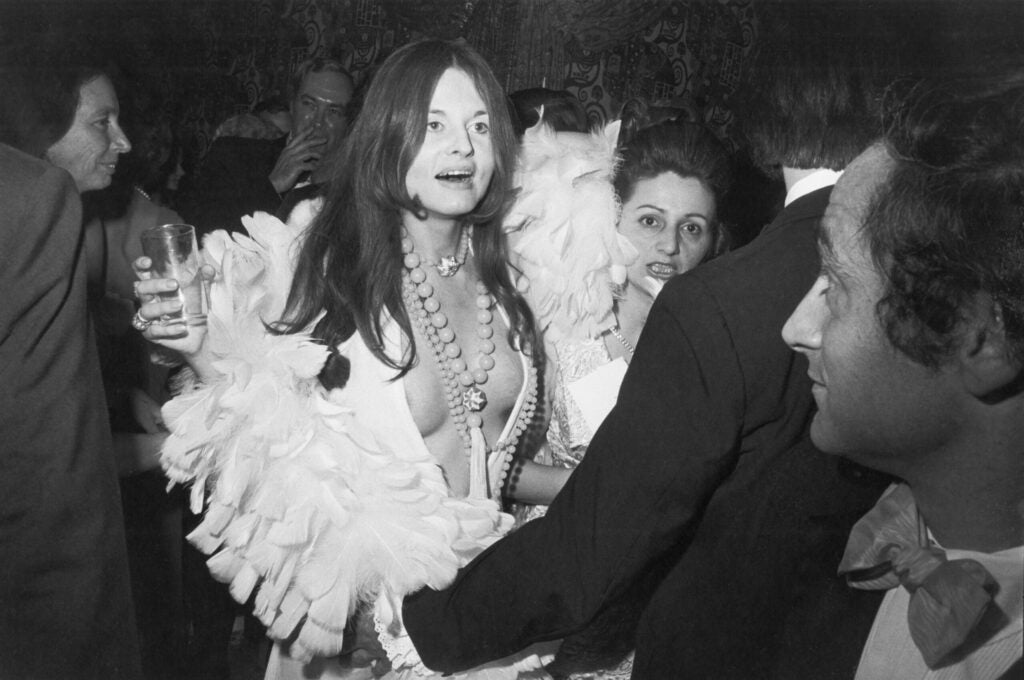 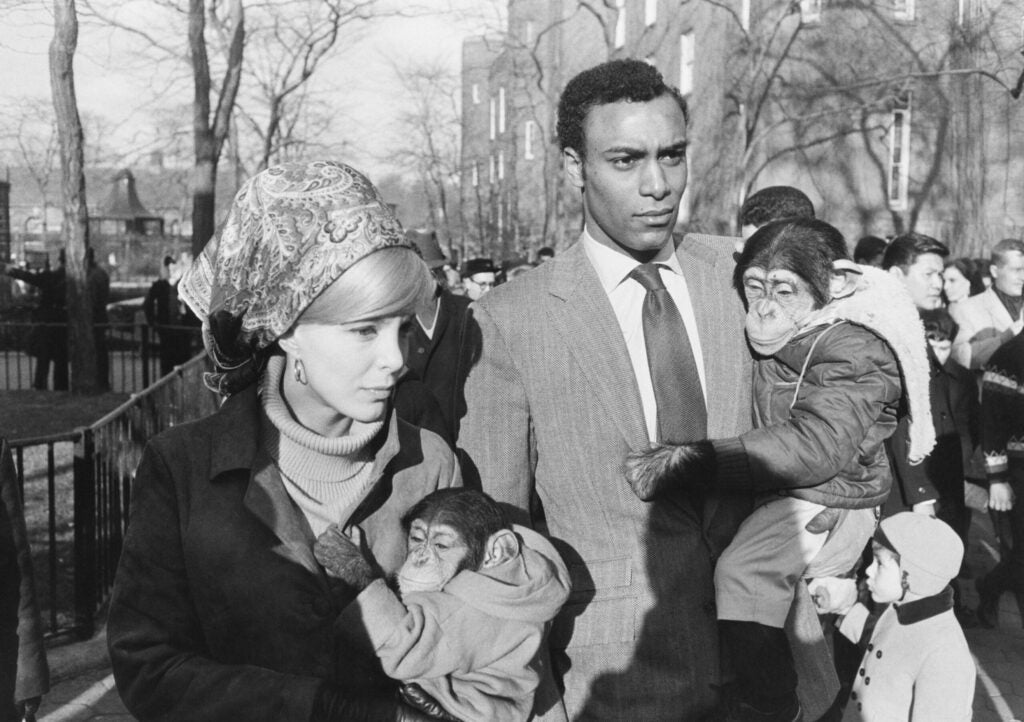