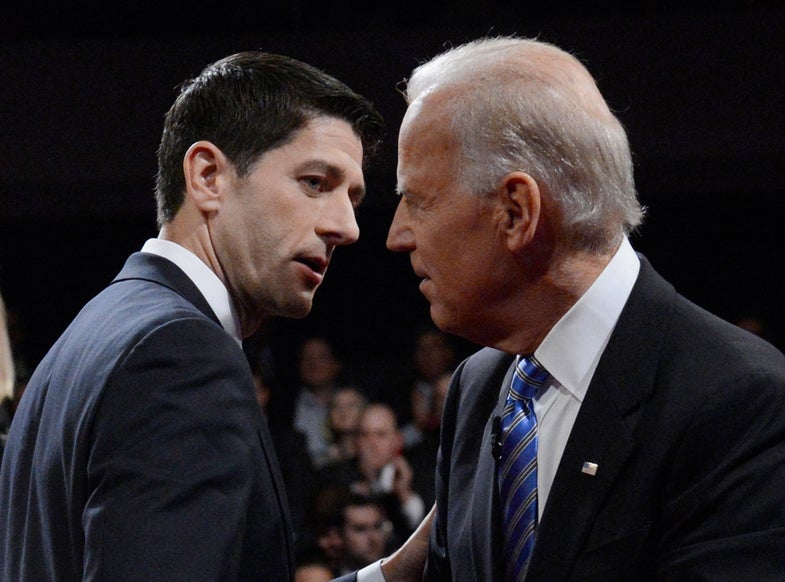 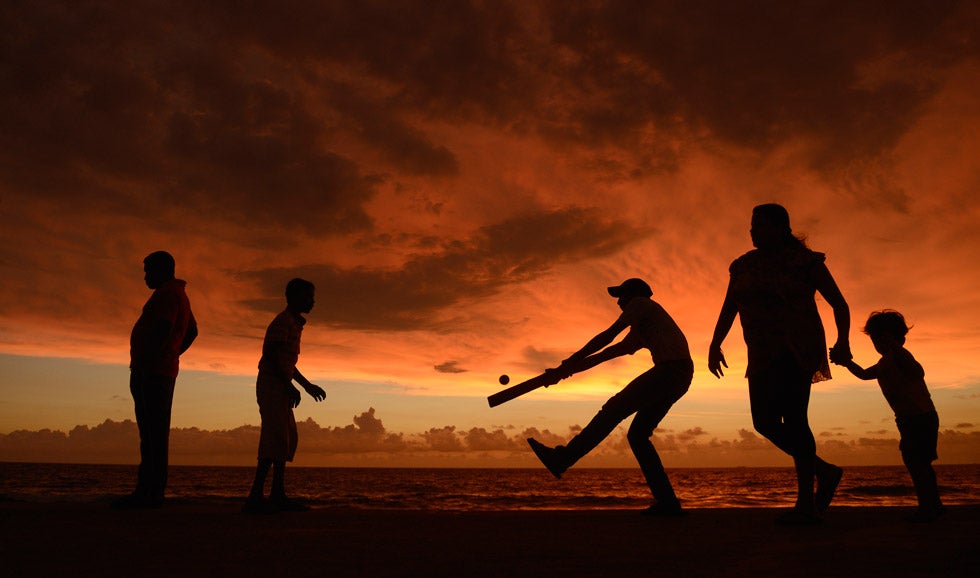 Children play along the seafront in Colombo, Sri Lanka. Philip Brown is an independent photographer based out of England. See more of his work here. 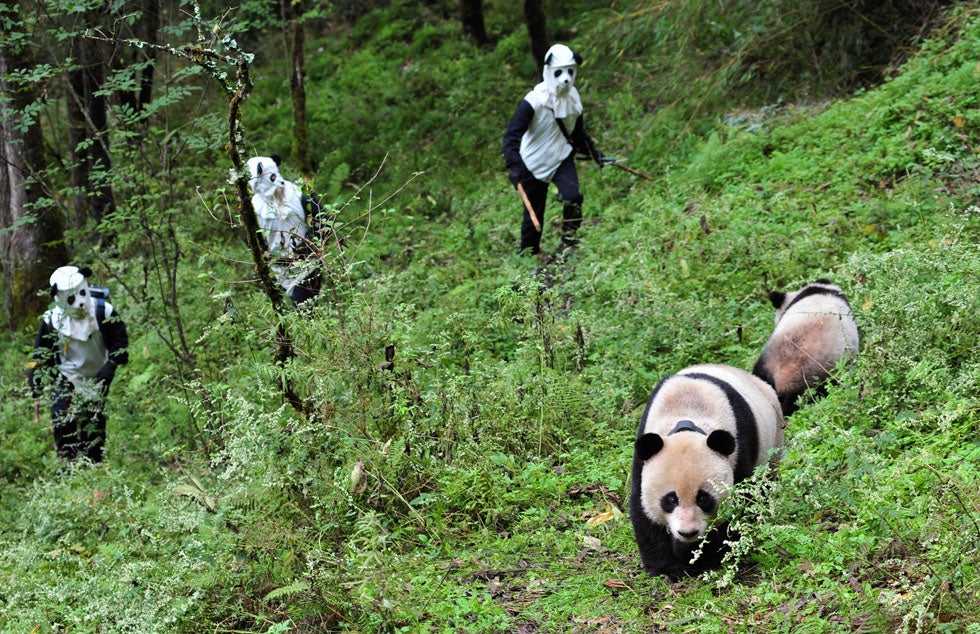 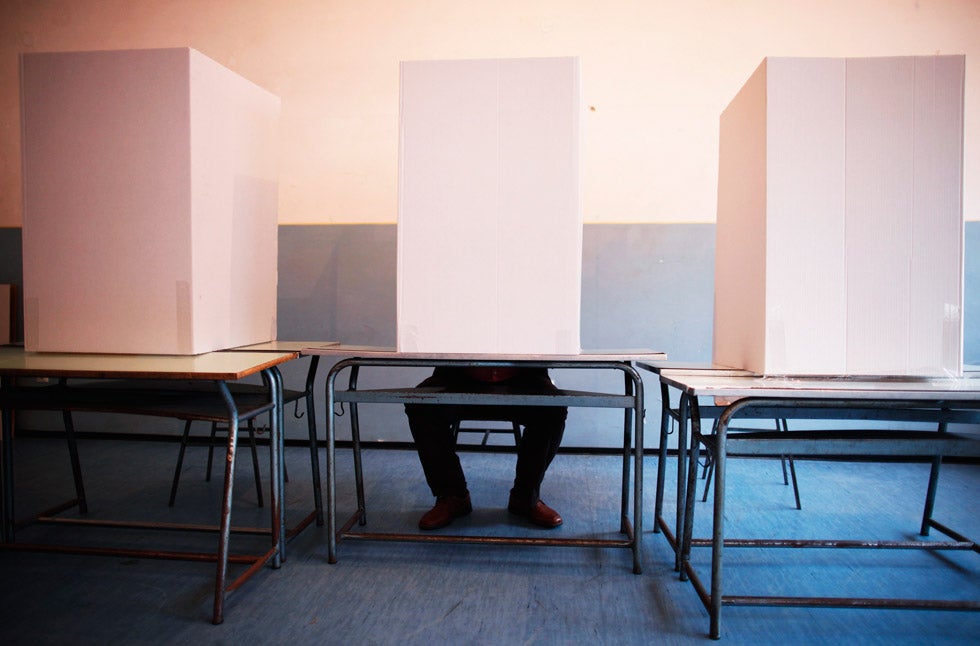 A man casts his vote at a polling booth in Potocari

A Bosnian man casts a ballot at a voting booth in Potocari, Bosnia. Dado Ruvic is a general news photographer for Reuters, based in Bosnia. See more of his work on his site. 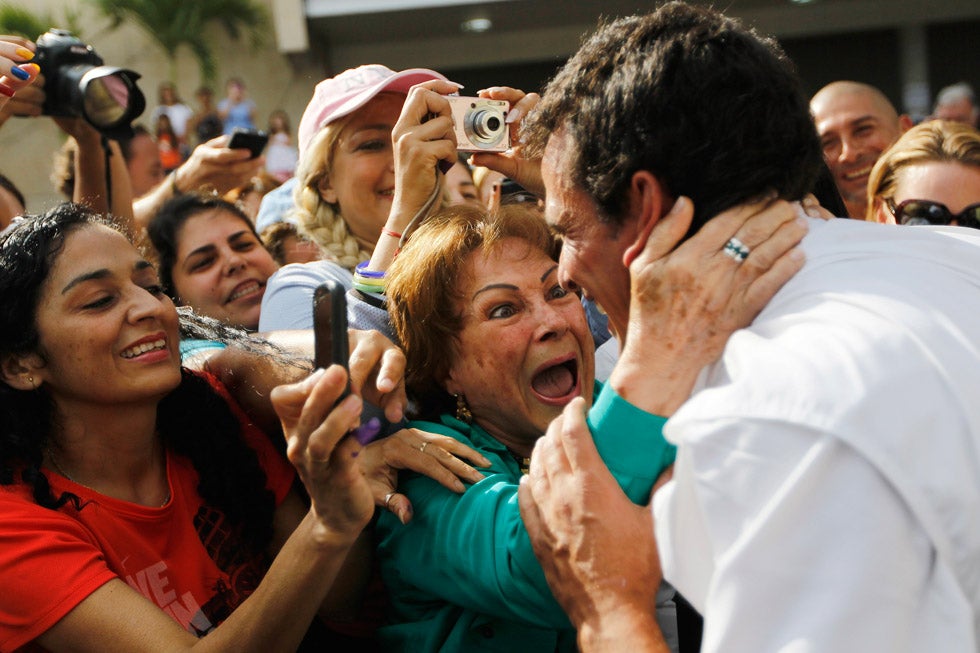 Venezuela’s opposition presidential candidate Henrique Capriles is mobbed by supporters after he voted in the presidential election pitting him against President Hugo Chavez. Chavez ultimately won reelection. Carlos Garcia Rawlins is a Venezuela-based photojournalist working for Reuters. Check out more of his incredible work here. 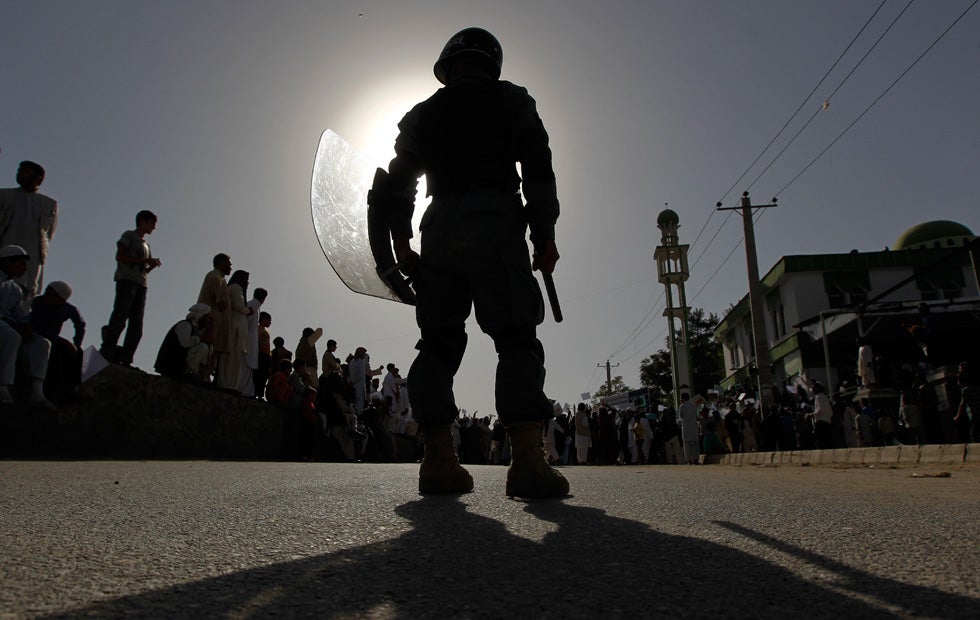 A riot policeman keeps watch during a demonstration in Kabul

A riot policeman keeps watch during a demonstration in Kabul, Afghanistan. Omar Sobhani is Reuters staff photographer who up until this year, was based in Iraq. See more of his work in our past galleries here and here. 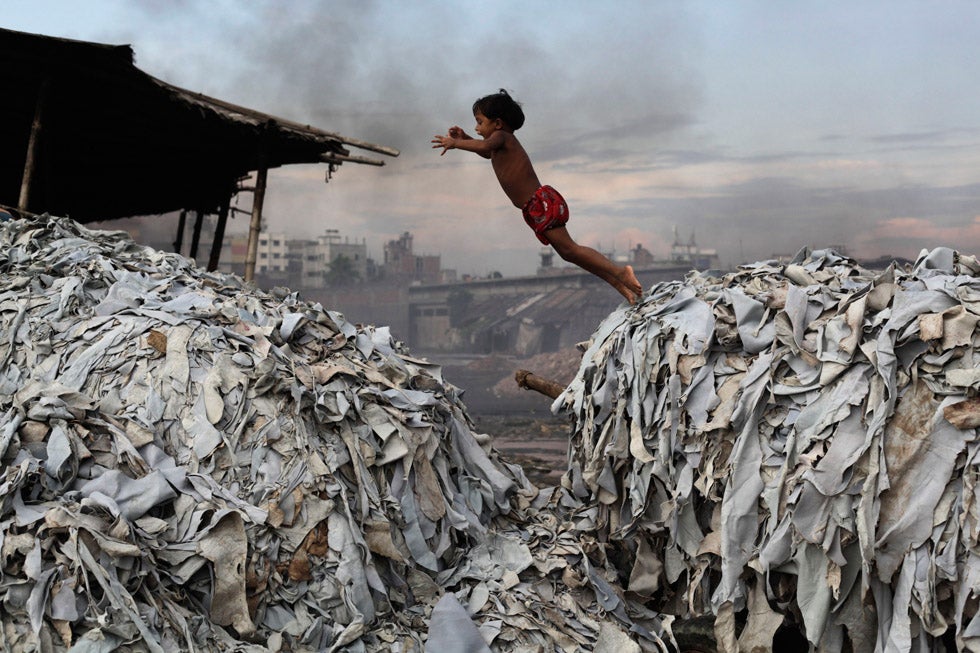 A child jumps on the waste products that are used to make poultry feed as she plays in a tannery at Hazaribagh in Dhaka, Bangladesh. Andrew Biraj is a Reuters staff photographer based out of Dhaka, Bangladesh and the winner of a 2011 World Press Photo award. Check out his image from last week’s gallery here. 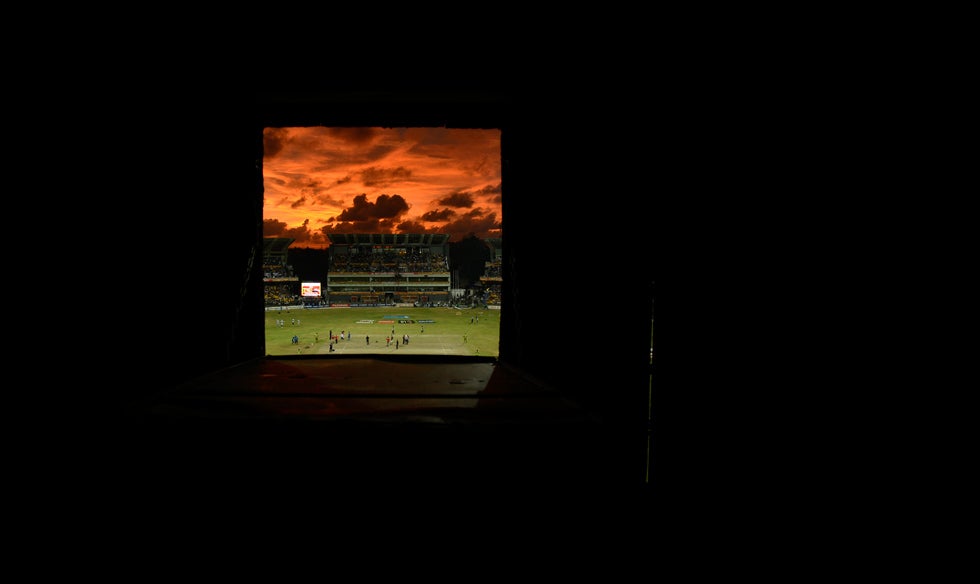 A view of the R Premadasa stadium at sunset through a hole in the scoreboard before the world Twenty20 final between Sri Lanka and the West Indies at R Premadasa Stadium, Colombo

A view of the R. Premadasa stadium days before the start of the world Twenty20 final between Sri Lanka and the West Indies. The Twenty20 final is the world’s largest cricket championship. Philip Brown is an independent photographer based out of England. He is also Reuters’s go-to cricket photographer. See more of his work his site. 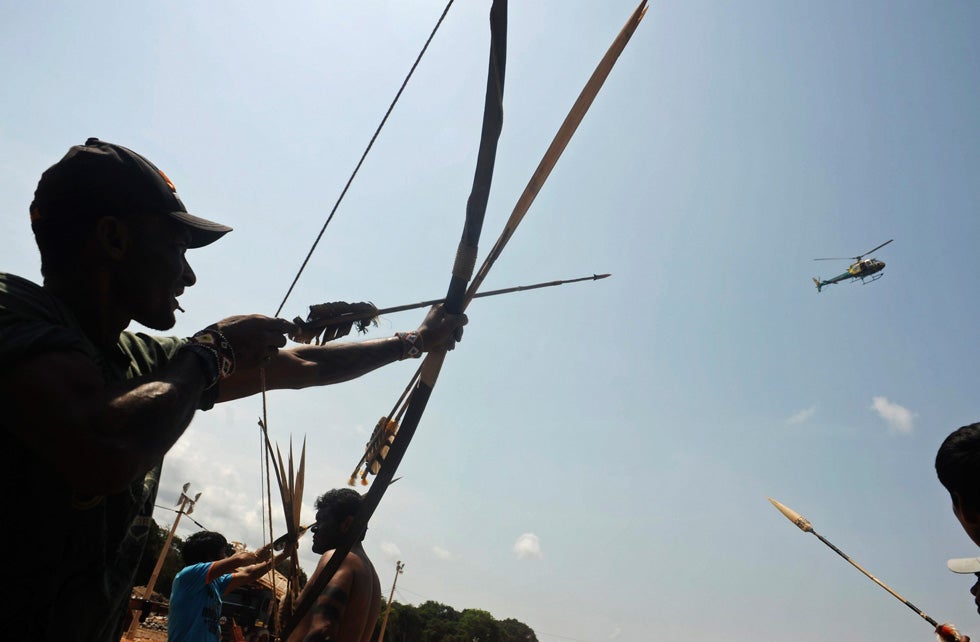 Amazonian Indians, fishermen and local residents react as helicopter flies over them during protest against Belo Monte hydroelectric dam in Vitoria do Xingu

Amazonian Indians and fishermen react as a helicopter flies over a protest against the construction of the Belo Monte hydraulic dam in Brazil. Locals took to blockading machinery used in construction to make their point. So far, their attempts have successfully halted the job. Lunae Parracho is a Brazilia-based photojournalist stringing for Reuters. 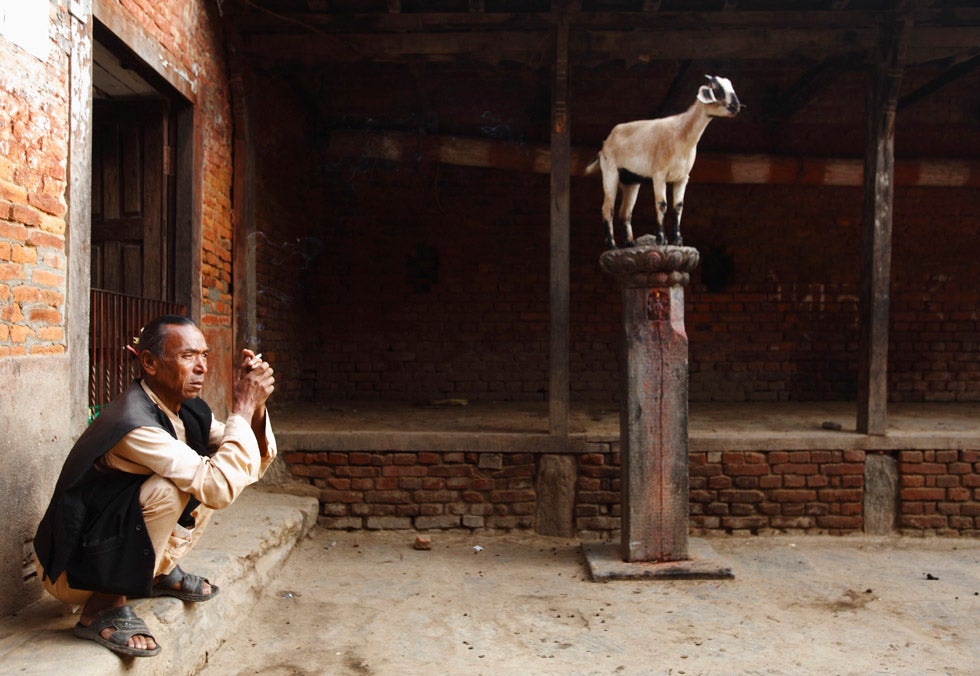 A man smokes a cigarette near a goat standing on a pole at a temple at Khokana in Lalitpur, Nepal. Navesh Chitrakar is a Reuters staffer based in Nepal. His work has appeared in our weekly roundup more than any other photographer. See his image from the past two week’s round-up here and here. 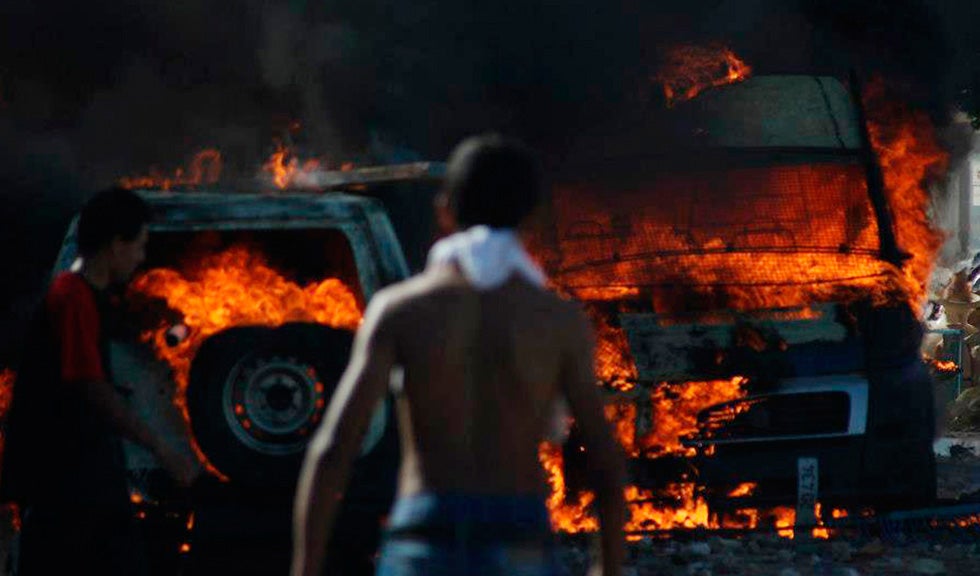 Police cars burn after being set ablaze by protesters demonstrating against the reopening of a rubbish dump in the town of Guellala on the island of Djerba, off the coast of Tunisia.